Hey folks, Harry here… not as much this week as I had hoped. Some discs didn’t come through, but here’s what we got. Next week is really great though! As with all the Picks & Peeks the images link you to Amazon, where you can learn more on a title, or if so motivated, you can pick it up – which helps to keep this column coming. Also – click above if you’d like to check out the Android & iFriendly apps for the column, which gathers over 10 years of releases that I’ve covered here. Random shake mode is my fave. Check it out. Alrighty, now, let’s get right to it with a very hard film. 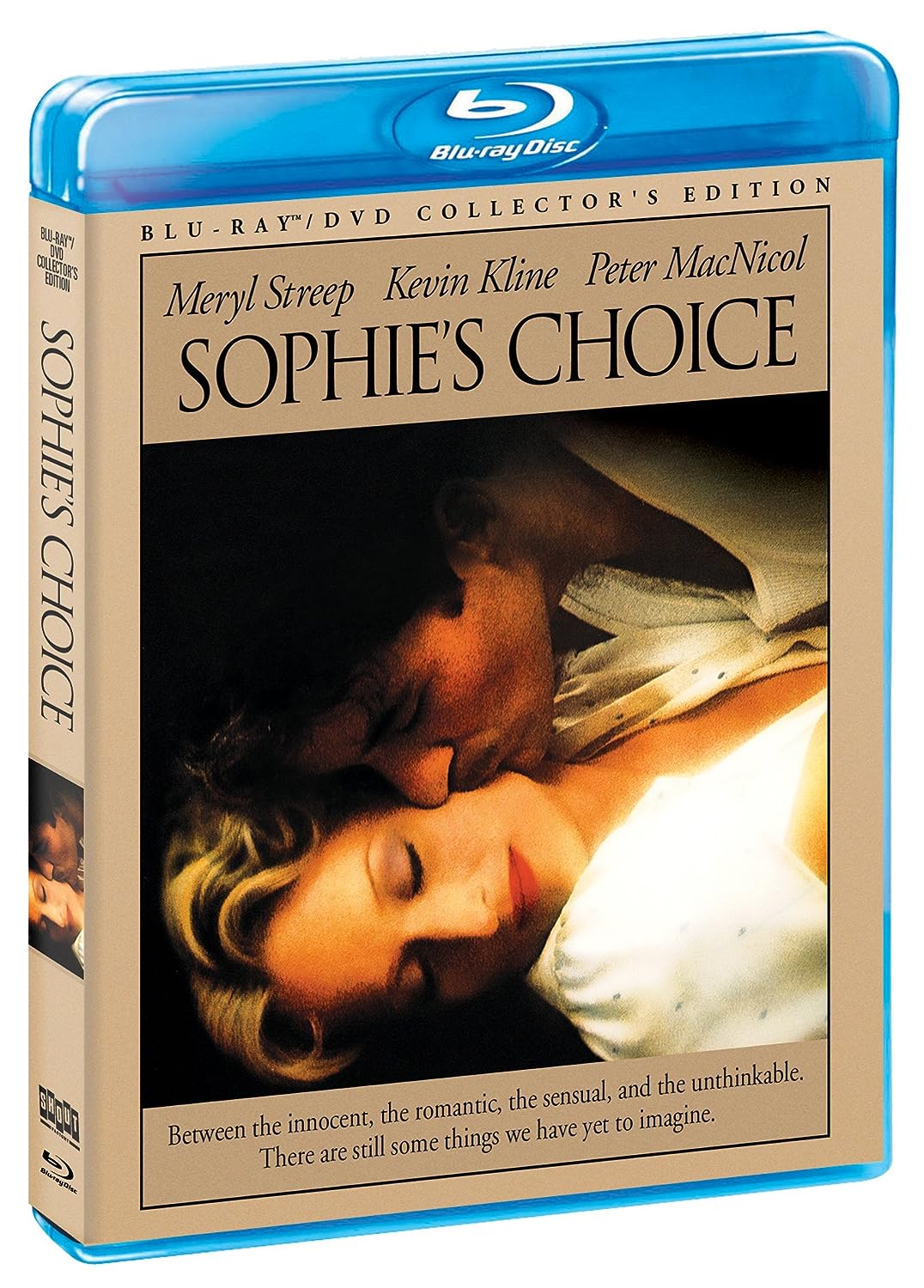 A film I believe was only necessary to watch once. But as I do this column, I’ve now seen it twice and it is still a classic brilliant film from Alan J Pakula… but this movie it hurts. Meryl Streep won her first Academy Award for Best Actress for the part of Sophie. She’s joined onscreen with Peter MacNicol and Kevin Kline in post-WWII Brooklyn. Sophie survived WWII, she has a tattoo on her arm, one that we are all aware of. But over the course of the movie, her story and ultimately her titular “CHOICE” is revealed. Pakula nails the direction of this film – and the cast is incredible. The transfer is really solid. There’s 45 minute plus Roundtable discussion about the film between Meryl Streep, Kevin Kline, Alan Pakula’s widow, and more. It’s really insightful and fun. There’s also an Audio Commentary by Pakula. This is a Holocaust survival tale you can never forget. 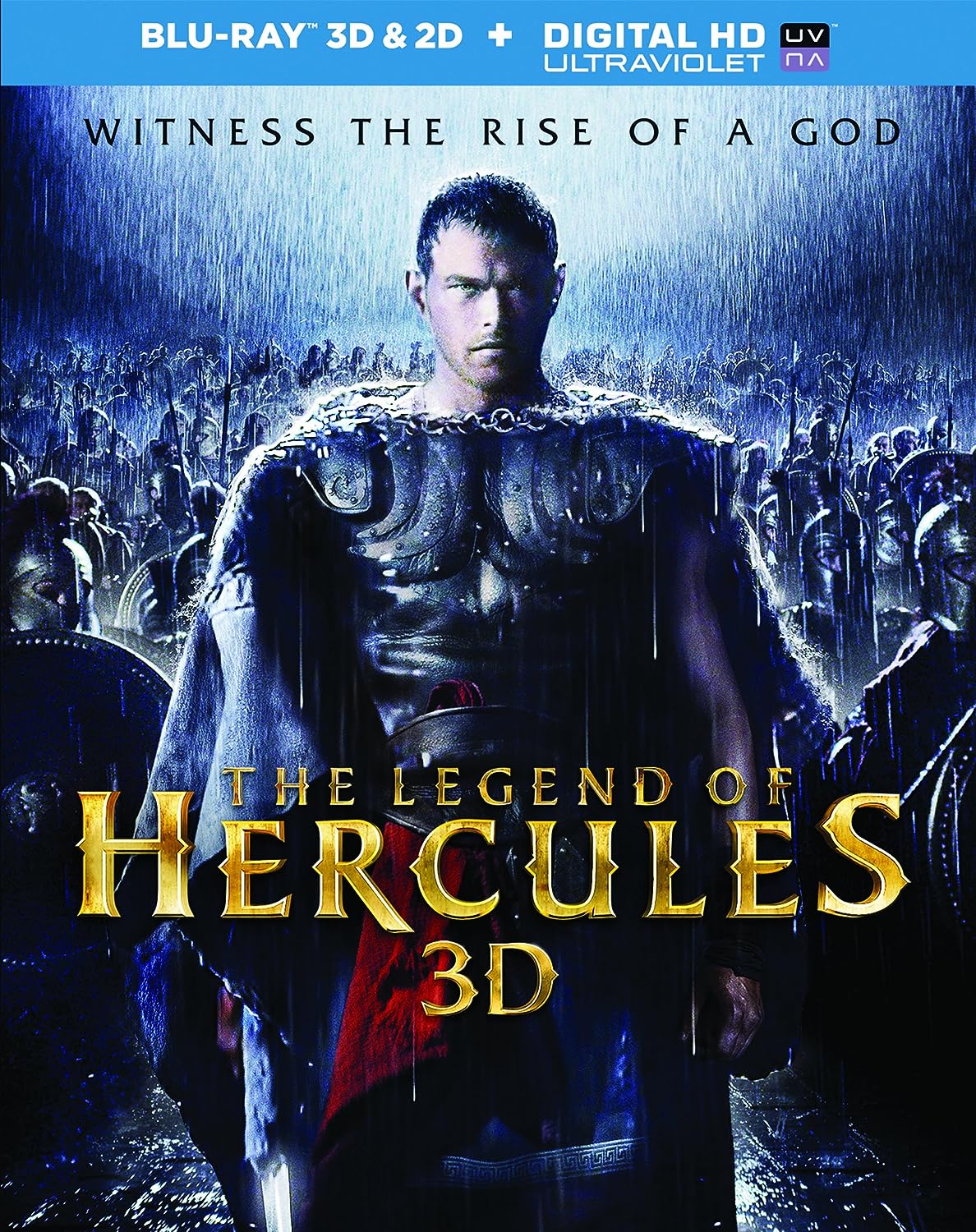 Hercules sure is purty. But boy is this film a heaping loaf of moist shit. Now my disc’s 3D would not play so I can’t comment on that – faulty disc I take it, but by the time Hercules is using a lightning whip… I couldn’t even muster laughing at the film. Renny Harlin really dropped the ball on this one, it absolutely doesn’t work. Lutz was terrible in both smile & pout modes. Scott Adkins – whom I usually love – just felt woefully miscast. I kept wanting it to be his film and have nothing to do with Hercules. Watch this if you feel you like everything… It is a test film. However, there is a Harlin & Lutz commentary – I’m almost tempted to experience that. I just can’t imagine what they have to say. 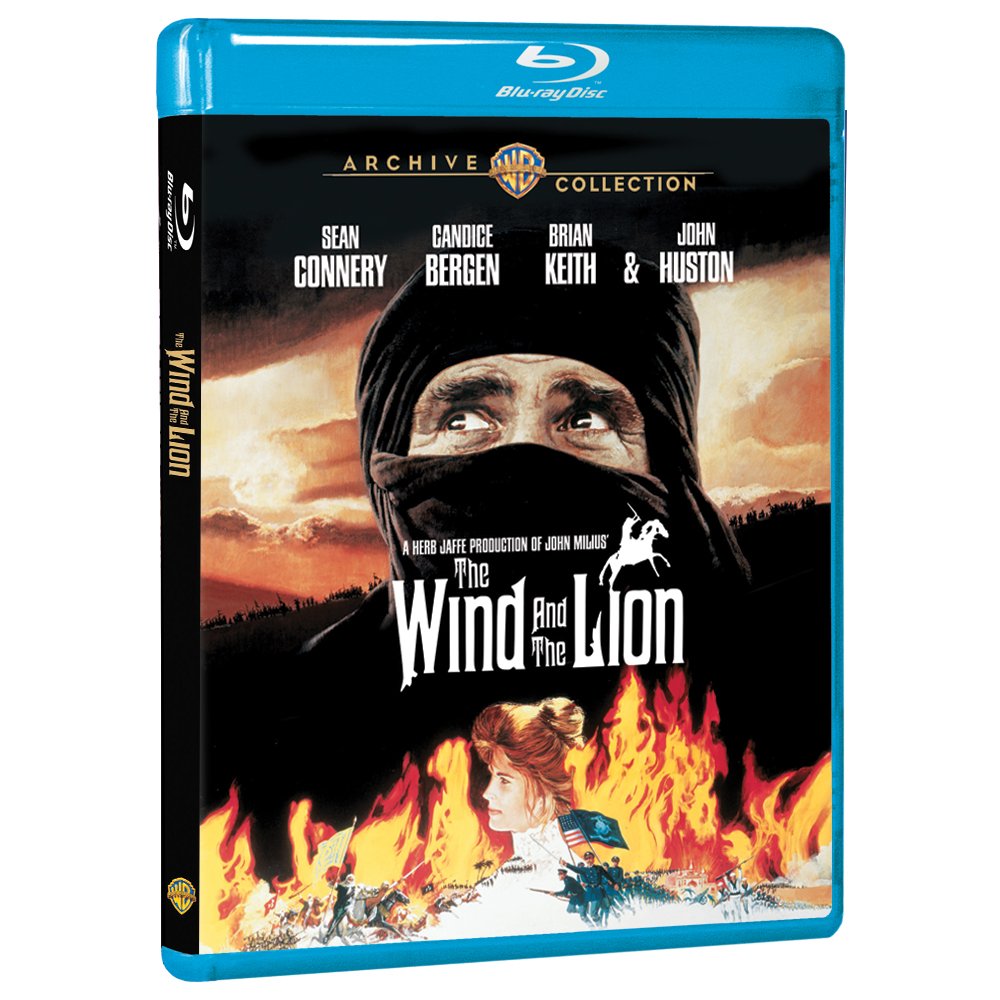 THE WIND AND THE LION Blu Ray

John Milius’ THE WIND AND THE LION starring Sean Connery, Candice Bergen, John Huston and Brian Keith in a spectacular bit of story-telling. Word has it, that after this, Sean Connery always requested that Milius touched up all his dialogue and you can certainly understand why. The film is sometimes faulted for the liberties it takes with history, but… ya know… I prefer Milius’ telling. And I feel it gets more of the truth right than wrong. I am absolutely tickled by Brian Keith’s Teddy Roosevelt. But the writing and the elegance of the story are what makes this a must own. Not to forget – I love Jerry Goldsmith’s score for this one!!! 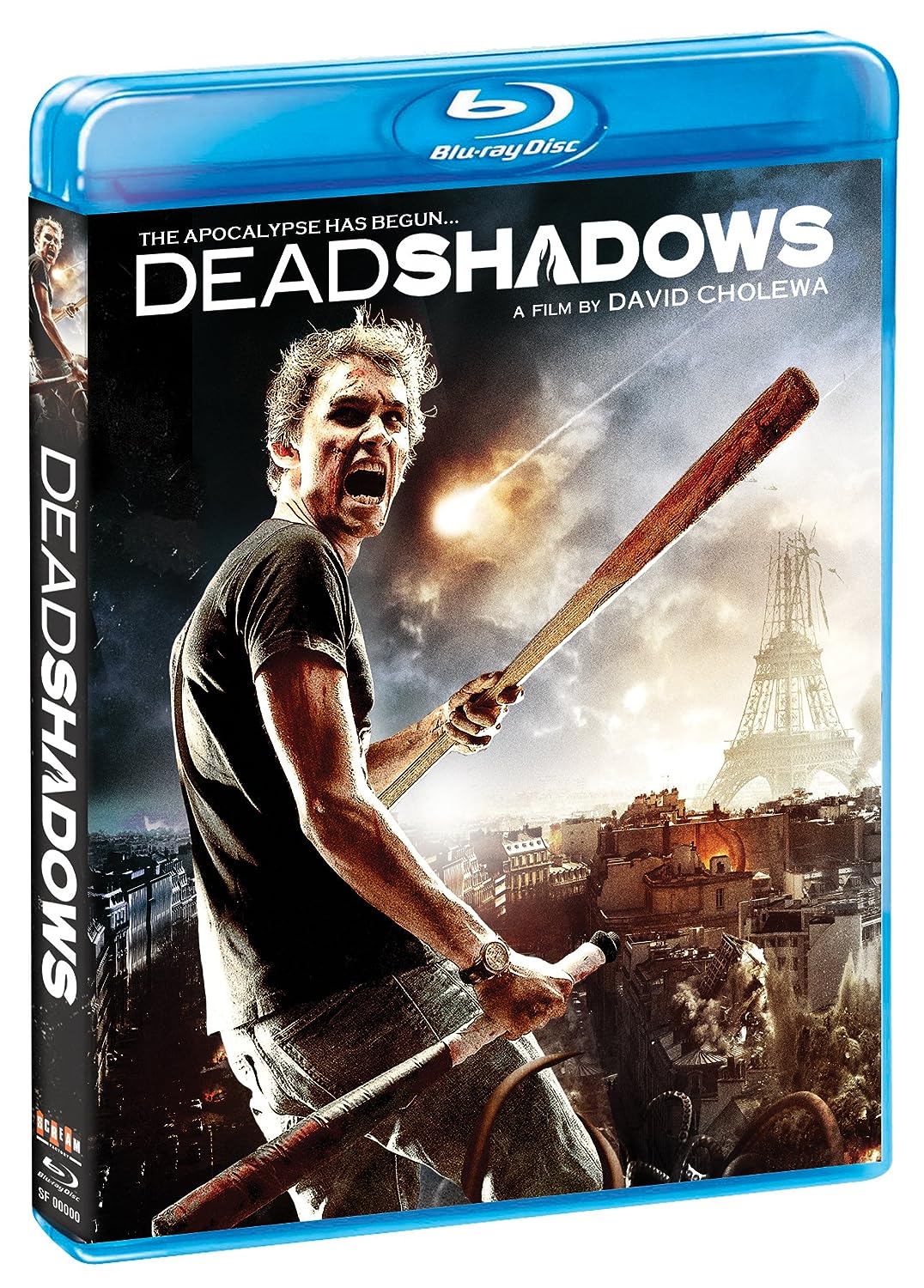 Scream Factory is usually responsible for the best genre-Blu-Ray releases on the market for the great nostalgic hits of yesteryear. Here though, is a film that is just a whole helluva lot of fun. If you love COMET HORROR – like LIFEFORCE or NIGHT OF THE COMET – here’s that other title for a triple feature. It absolutely plays like a great fun genre flick. We begin in the past, on the eve of Halley’s Comet’s visit by Earth… Something bad happens to our lead character of Chris’ parents – and then we flash to the present. Another Comet is coming by and folks are celebrating the “haha” end of the world – along with living in dread of the comet… Once it is overhead though… strange things begin going all sorts of bad. Violence is escalating. There’s a beautiful neighbor… and there could be… tentacles and weird shit ahead! Now the CG isn’t rock solid, but the characters, story and the unfolding premise is enough to be thoroughly delighted. Give it a shot. Loads of extras on this disc. 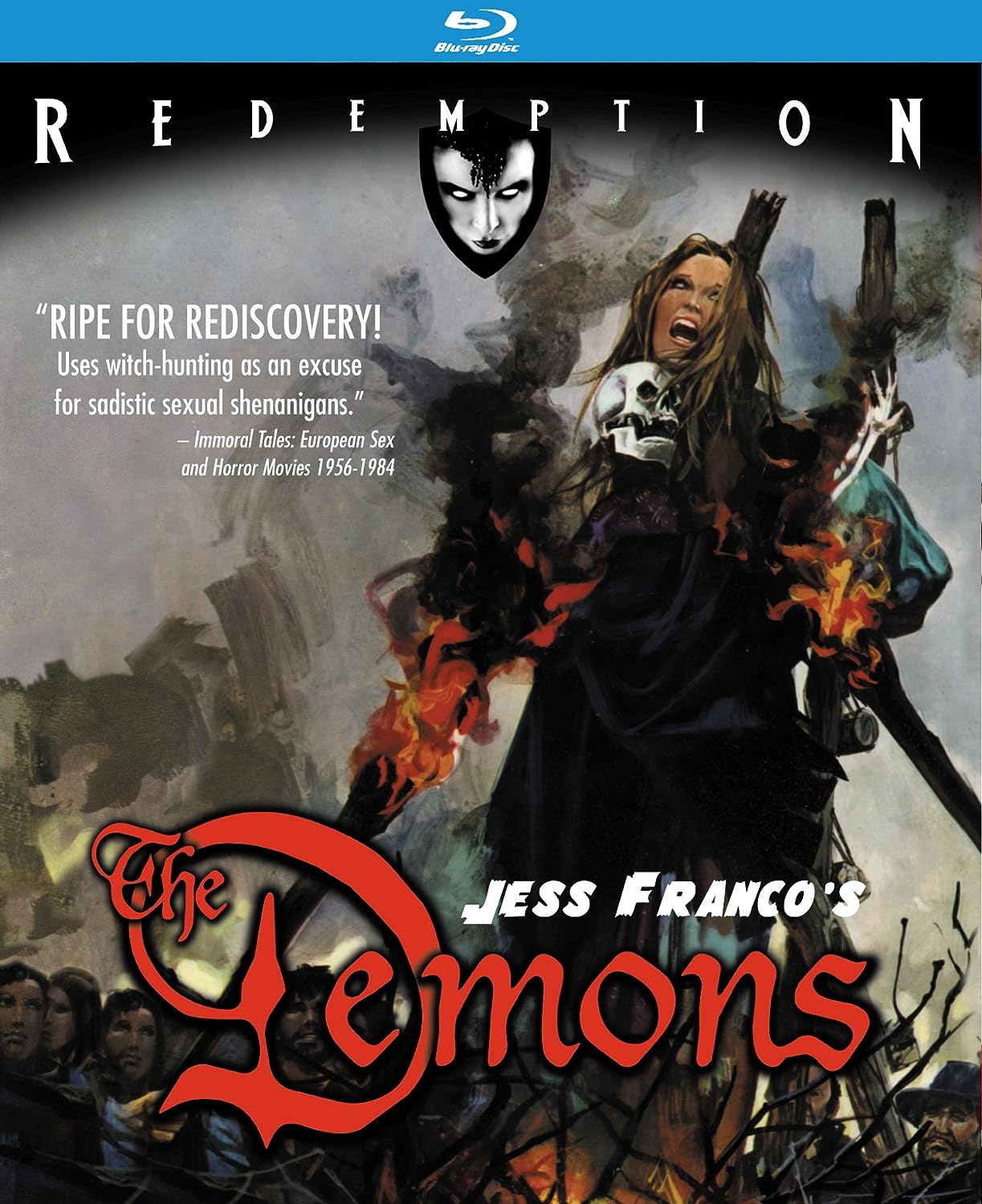 Some Demonic possession and force is loose with a bunch of hot nuns in Jess Franco’s THE DEMONS. Not the greatest Franco flick by any means, but I’ve always appreciated his eye for casting – plus – the film is just kinky as hell. And that definitely has merit – like in all of Jess Franco’s flicks. There’s around ten minutes of extra footage and a 16 minute interview with Franco where he mainly trash talks the film… heh. I doubt we’ll ever have another like him. Solid release. 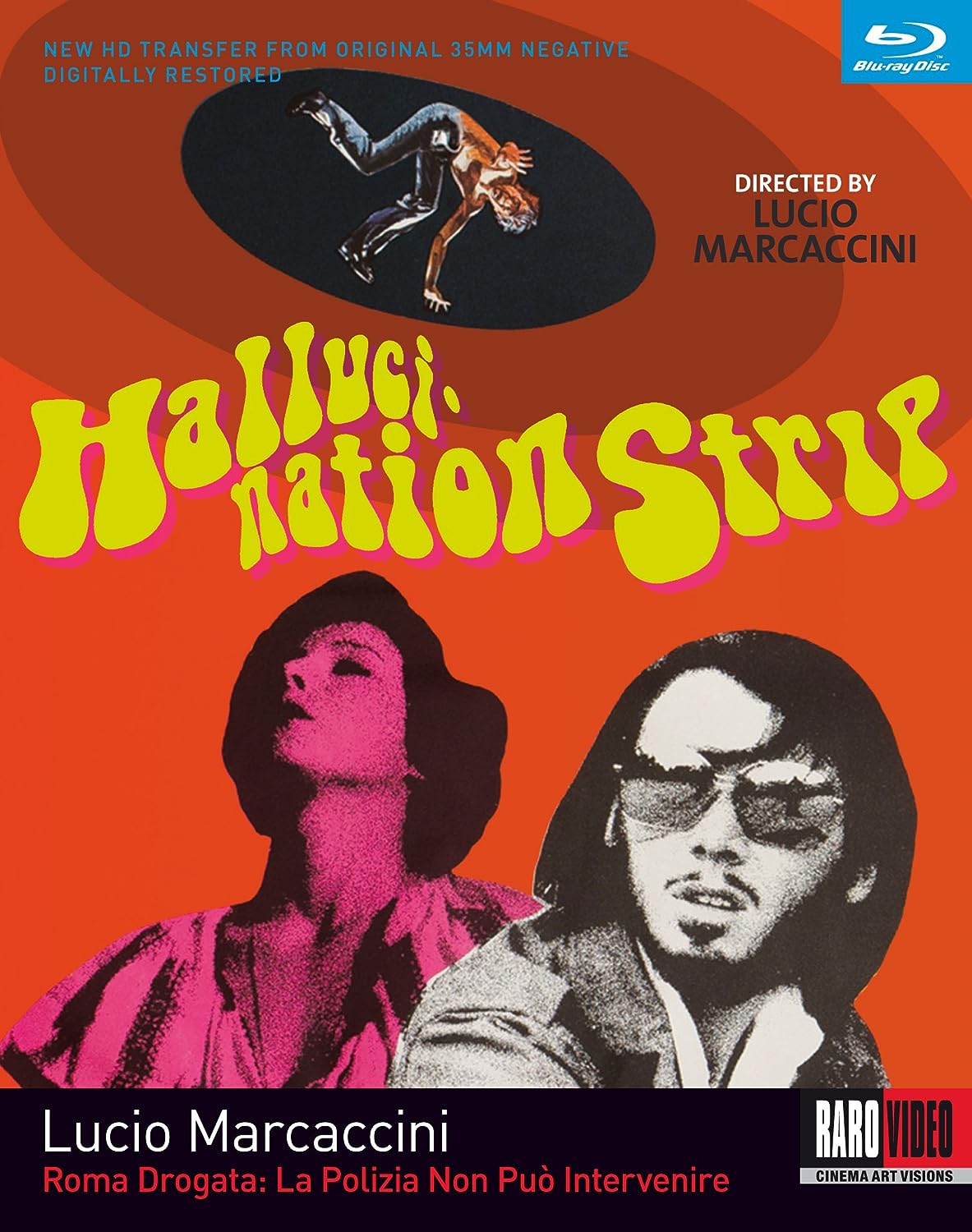 HAROLD & MAUDE’s Bud Cort is a bit a psychedelic anti-drug flick – that is actually quite something to behold. It tries pushing buttons on a variety of subjects, but ultimately I found the film to just be… a bit amusing. Great soundtrack and the choreographed work is fun. Give it a look. 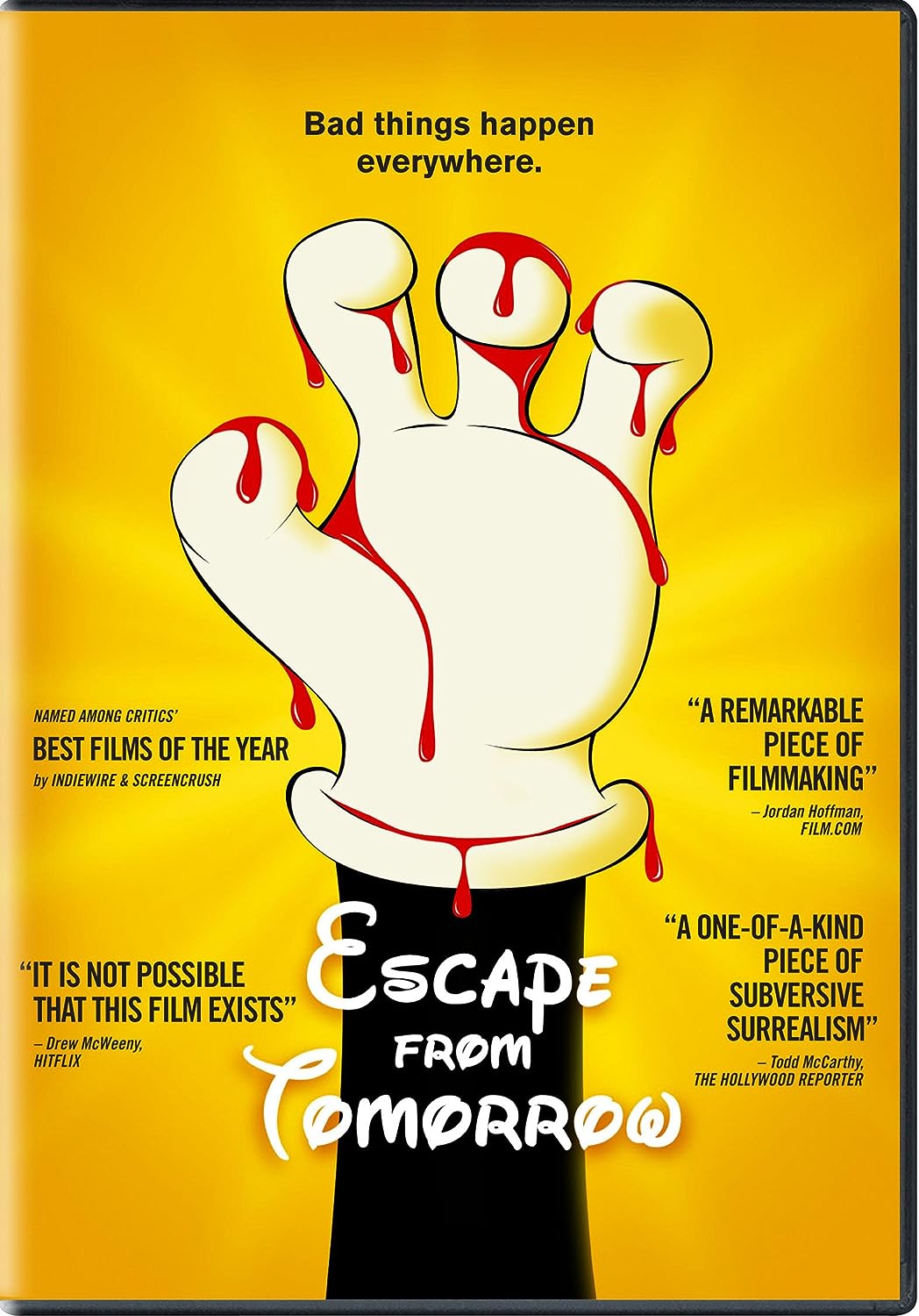 This is a film about the Happiest Place On Earth… which slides into a nightmarish hell. Shot guerilla style on Disney Properties… which is just incredible all on its own. The film plays a bit like Lynch going Disney – though – I would actually love that even more. But as a Disney geek, I watch the film and often marvel at what they were able to get away with. It really is amazing. When things go bad at IT’S A SMALL WORLD… I’m pretty sure I’ve had that exact experience there. And the sexual stuff… CREEPY! Extra Creepy! The extras feature two commentaries – one with director and cinematographer – then another with Roy Abramsohn and Elena Schuber in CHARACTER!!! Giggle. This is really fun Indie film making done the old school way. Fascinating film. 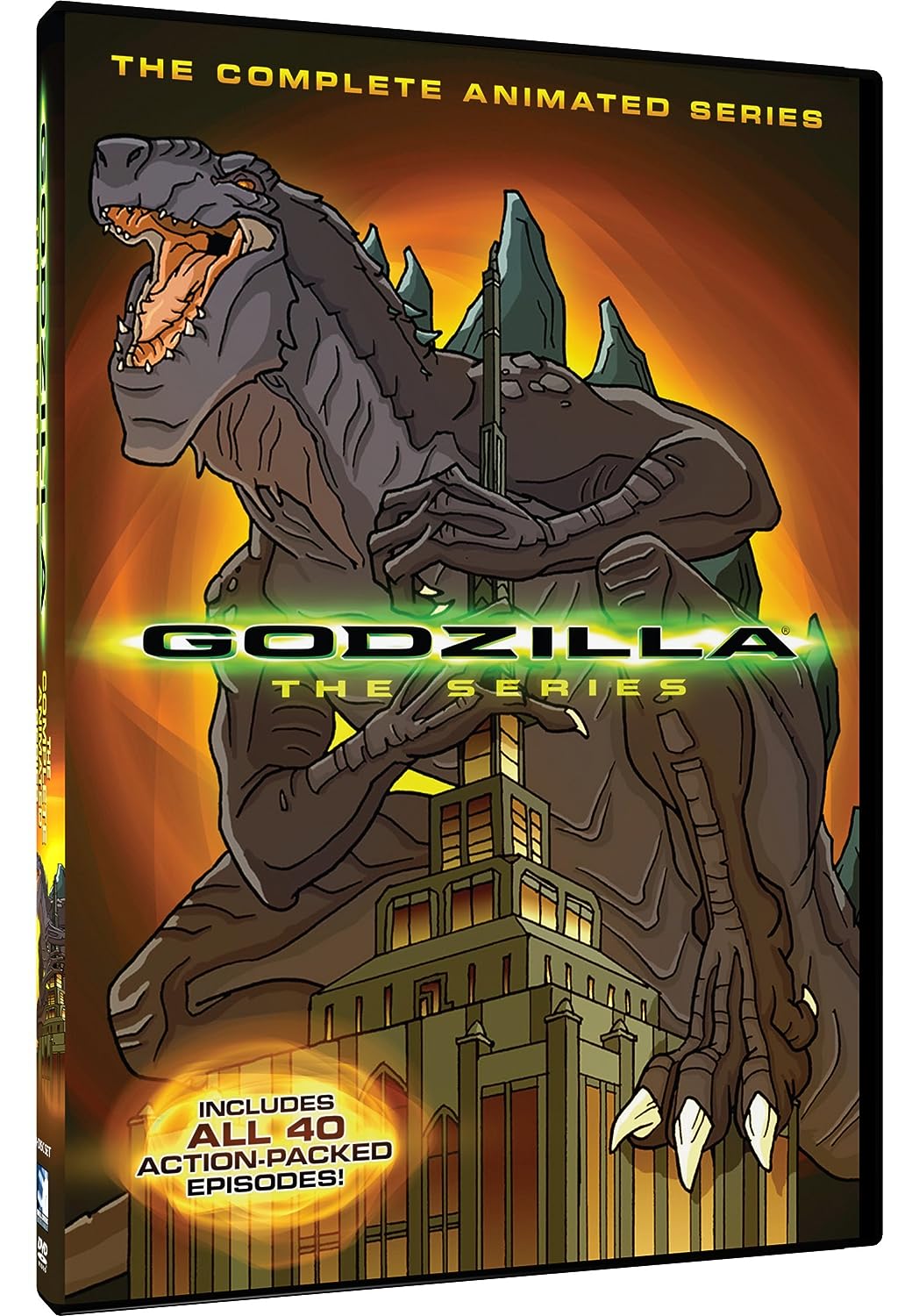 Did anyone watch this? I completely missed this when it came out. I mean it “includes all F-O-R-T-Y action-packed episodes”! What does that even mean? I have to admit, I’m tempted to pick this up. I’m morbidly curious.