STAR WARS: EPISODE VII and on will NOT be using Expanded Universe mythology! 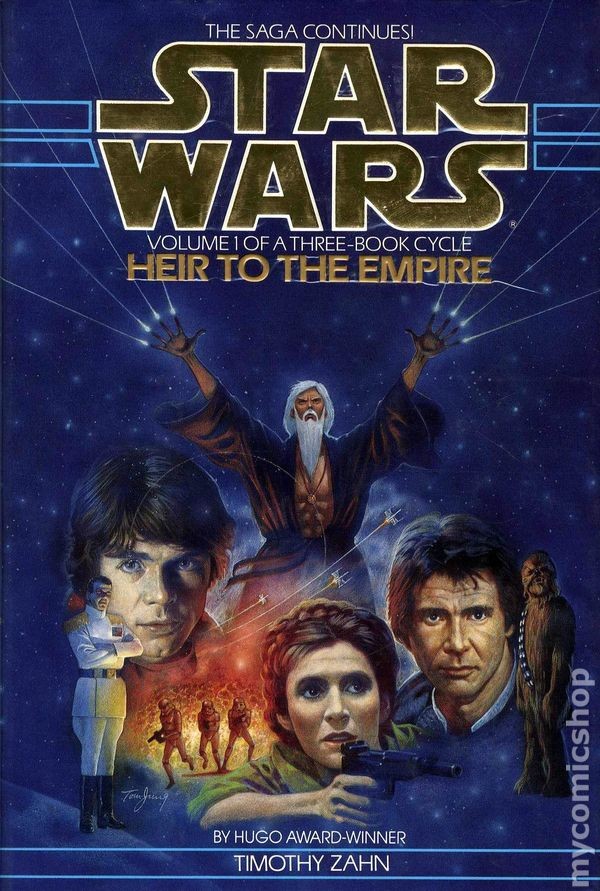 Lucasfilm released a statement today confirming what many of us already knew: the STAR WARS Expanded Universe, which has been explored in novel, comic, cartoon, and videogame form since the franchise's inception, will NOT be considered part of the official SW canon. The new films will be completely original stories, taking into account only the previous six STAR WARS films and the CLONE WARS film/series (presumably including the original two miniseries). This means no Han/Leia twins, no dead Chewbacca, no Palpatine clones, and perhaps most distressingly, no living, breathing Boba Fett hanging off the teeth of the Sarlac by his cape (actually, they may keep that one).

However, from here on out, there will be a "story group" that will focus on interconnecting the plotlines from the various TV shows, novels, video games, comics, and of course movies that are currently in development, in order to create a unified universe out of this upcoming rollout of STAR WARS content. Kathleen Kennedy seems to be taking the "godfather" role that Joss Whedon has with the MCU, and will probably the final judge in what becomes part of SW canon and what won't find a place in the franchise.

The first "offical" entry in this new canon will be the STAR WARS REBELS special/series set to debut sometime this fall, but if you want to start catching up with characters, plot points, or entities that may pop up in the next three films, THE CLONE WARS series is currently available on Netflix Instant (including its brand-spanking-new sixth season).

This was all but given, seeing as the EU has rarely crossed over into the canon of the features (Coruscant, first mentioned in 1991's Heir to the Empire), is a major exception), but certain fans still expected J.J. & co. to stick with the narrative they presumed was to come from the post-JEDI SW universe. This officially confirms that they're starting from scratch, and that Kennedy, Kasdan, and Abrams have something brand new in store for us. Which makes this new run of flicks even more exciting, from my perspective.

But if you think that no one ever really cared about the Expanded Universe and that it's a given they'd tear it down with a wrecking ball, check out this video that details just how wrong that notion is:

STAR WARS: EPISODE VII - GIVE US MONEY FOR HARRISON'S PAYCHECK flies into your galaxy on December 18th, 2015.