Trailer for [REC]4: APOCALYPSE Has Arrived!

If you haven't watched the [REC] films yet, now is your time to catch up. They're terrifying, confined, and offer up a great example of found-footage done well. I love the marriage of the zombie spin, demonic possession and found-footage approach that drove the first two films. [REC]3: GENESIS turned the series in a different direction, deviating from the plotline set up in the first two films and offering more of a horror comedy than a straight-up fright fest.  And it was a fun watch, but I thought it could have worked better as a stand-alone film, rather than folding it into the series.

But now shit's about to get real, with the coming of [REC]4: APOCOLYPSE. This film will rejoin reporter Angela Vidal (Manuela Velasco), who has been brought aboard some sort of an oil tanker after being evacuated from the hoarde-infested building of the first two films. Naturally, things go south pretty fast. Jaume Balaguero returns to direct, and is credited as co-writer (along with Manu Diez).

In [REC] 4 Apocalypse action begins at the time that Angela Vidal, the only survivor of the terrible infection is evacuated the building. When finally the situation appears to be controlled chaos unleashed again and reborn Unborn adopting new and terrible forms.

As fun as I had with Paco Plaza's [REC]3: GENESIS, I'm excited to have Balaguero returning to the series. The first two films (which he directed), scared the living shit out of me, and I'm ready for more. He is fantastically skilled in building terrifying scenes with palpable tension, as was demonstrated not only in the first two films, but also in 2011's SLEEP TIGHT. It's exciting to see him return to helm the final installment of the series.

Check out the trailer below. The film is scheduled to open in Spain on Halloween, but no U.S. release date has been announced. 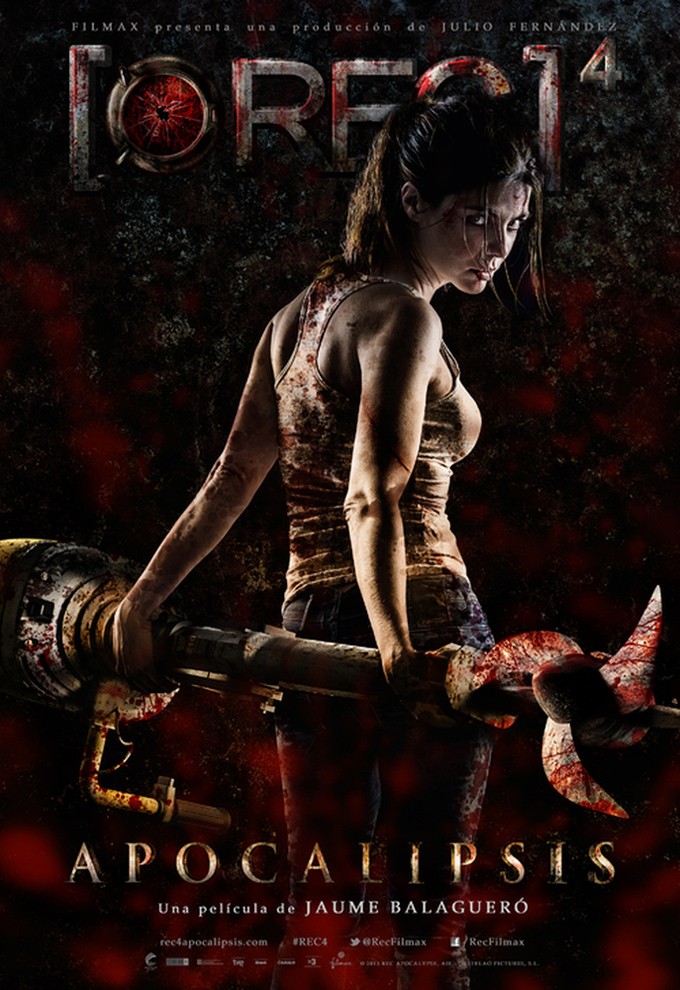