Cyborg is confirmed to appear in BATMAN VS. SUPERMAN, and we know who's going to play him! 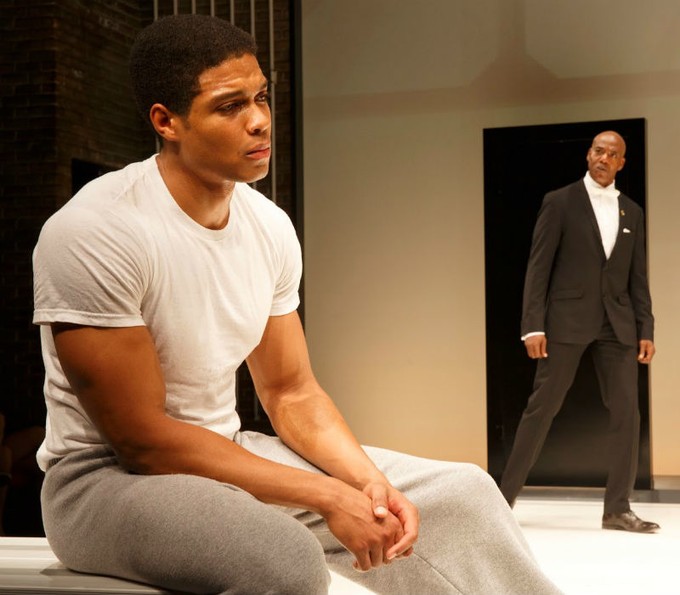 Seems there are still more D.C. characters showing up in BATMAN VS. SUPERMAN.

Variety just announced that theater actor Ray Fisher has signed onto Zack Snyder's lead-up to JUSTICE LEAGUE as Cyborg a.k.a. Victor Stone. This all but confirms a rumor from February that Michael B. Jordan was in contention to play the character; they have probably been looking for the right actor to play the role for quite a while now, and Jordan was probably the dude at the top of the list.

I'm thinking that the reason Jordan didn't take the role (disregarding his prior commitment to FANTASTIC FOUR for a second) is that, like Wonder Woman, there may not be much room for anyone besides the titular heavyweights to make much of an impression here. Although Cyborg is a hit with young audiences familiar with him through TEEN TITANS and the recent incarnation of JLA, he doesn't have the same cloud as even Ms. Prince, let alone the headliners. After seeing Oscar nominee Jeremy Renner treated as basically an afterthought in THE AVENGERS, maybe Jordan (and whatever other hot young actors they approached) figured it wouldn't be in their best interest to kick ass from the sidelines in this tentpole.

As for Fisher, he's a newbie to feature films, and is best known for playing a young Muhammad Ali (then Cassius Clay) in the off-Broadway play Fetch Clay, Make Man, which ran for a month at the New York Theatre Workshop last fall. He was also reportedly considered alongside Jesse Plemons and John Boyega for a role in STAR WARS: EPISODE VII. Wearing Stone/Cyborg's prosthetic exoskeleton will be Fisher's big test as a film actor, and hopefully the role requires more from him than simply serving as yet another familiar entity in this predecessor to the inevitable JUSTICE LEAGUE movie.

For the uninitiated (who can read more about the character here, Stone was the son of two S.T.A.R. Labs employees who was mutilated by a trans-dimensional creature, requiring the use of experimental armor (designed by his father) to survive. Like ROBOCOP, he struggles to balance his lingering humanity with his renewed, tech-based existence. He's not the best-known character in the D.C. universe, but he's got a bunch of young fans, and will only increase in popularity once he makes his cinematic debut next summer.