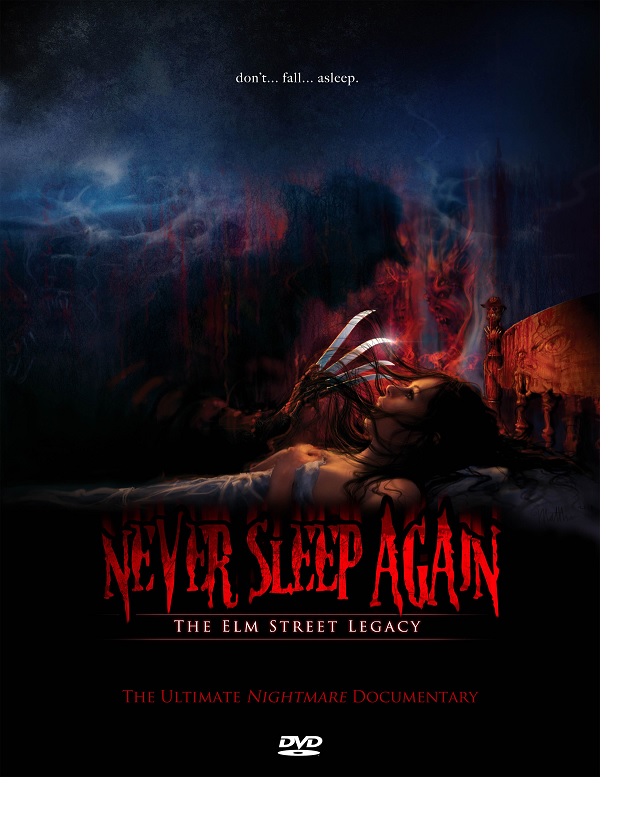 Greetings, all. Ambush Bug here with another AICN HORROR: ZOMBIES & SHARKS column. I had a chance to catch up with Thommy Hutson, who is one half of the power team of documentarians who brought us CRYSTAL LAKE MEMORIES: THE COMPLETE HISTORY OF FRIDAY THE 13TH (reviewed here) and the subject of today’s conversation, NEVER SLEEP AGAIN: THE ELM STREET LEGACY. Thommy had so much information gathered on the original A NIGHTMARE ON ELM STREET that he’s put together a book on the subject called NEVER SLEEP AGAIN: THE ELM STREET LEGACY--THE MAKING OF WES CRAVEN'S A NIGHTMARE ON ELM STREET. Thommy is currently running a Kickstarter to finish funding the book and he’s reaching out to AICN and the hordes of Elm Street fans out there to make this book a reality. Here’s what Thommy had to say about it all…

AMBUSH BUG (BUG): I guess the first question is why, after NEVER SLEEP AGAIN, did you decide to return to Elm Street for this definitive book on the subject? 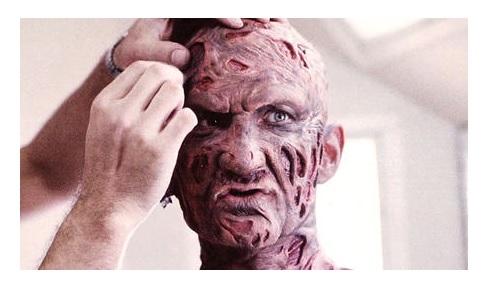 THOMMY HUTSON (TH): With this year being the 30th anniversary of the original Wes Craven classic, it dawned on me that it’s time to give that first film a look back in a way that has never been done before. And, frankly, there is so much more to tell and talk about! Honestly, the documentary was just the tip of the iceberg. Coverage of the first film was about 45 minutes which, in the context of the show, was a lot of time. However, in terms of words on paper, it was about 20 pages. The book, on the other hand, is well over 200. There is that much to talk about. New interviews, new stories, new imagery. It really is the absolute, definitive look at the making of the original Elm Street, in a way that tells the story not with a period, but with an exclamation point. I interviewed, or re-interviewed, about 45 people for the book, including those who have never, ever spoken about it before: designers, hair and makeup people, mechanical effects people, the jump rope girls(!)...many people who also weren’t in the documentary. They all added so much to the story simply because they hadn’t shared their thoughts before.

BUG: Your most recent documentary film, CRYSTAL LAKE MEMORIES, came from a book like this. Was that book inspiration for this one? 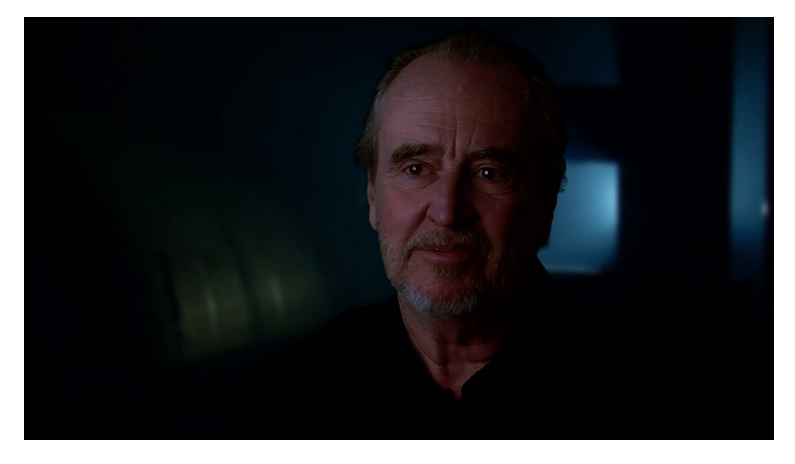 TH: Two things, actually: a meeting in a parking lot and THE MAKING OF STAR WARS. A few years before I even started writing the book, Dan Farrands (who directed NEVER SLEEP AGAIN) and I were talking about future projects. The idea of genre books came up because he was editor of the fantastic CRYSTAL LAKE MEMORIES book. He had mentioned that because I had done so much research, was friendly with so many cast and crew of the original film and already had access to so much material from the documentary (much of it unused) that I should think about doing a book. It had definitely crossed my mind, but when he articulated it, it kind of clicked for me. Also, I wanted to do something along the lines of THE MAKING OF STAR WARS. I love that book (and its companions on the other two films)--something that was a real narrative, with all of the information, facts, quotes and more put together into a cohesive story, but one that also looks at the people and their interaction making the film. Once I started, I realized that the making of A NIGHTMARE ON ELM STREET has never been covered in a way that went so in-depth. It’s not just about the making of the film; it’s as much about the people who brought it to life.

BUG: What new information do you have about the original NIGHTMARE that will be in this book? 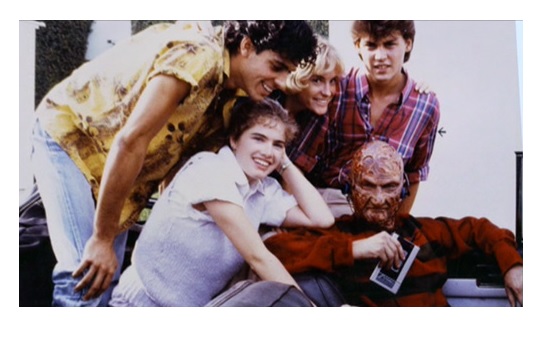 TH: So much! It was funny: there is just so much out there about the film, and a lot of it is bits and pieces. But what I discovered was that there is a plethora of fantastic material and facts just beneath the surface. And, interestingly, a lot of the stories we all thought we knew were actually kind of falling into that area of “it’s been around so long that it must be true”, but I talked to people and they clarified so many things. Some tidbits are why David Warner, who it’s been stated turned down Freddy, really didn’t do the role (the answer is different than what’s been said before); little secrets about effects gags that we all thought we knew; relationships between cast and crew; why did Charlie Sheen, who could have played Glen, really not do the film (he explains it all). It’s a great look at what we all knew about the film, thought we knew and now, from the mouths of the people who were there, we’ll definitely know.

BUG: How big a book are we talking here, and how many pages? 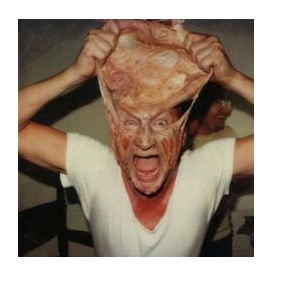 TH: The book will be over 200 pages, hardcover, oversized. A really beautiful coffee table book. The layouts are being done by Peter Bracke, who not only wrote but also did the layout for CRYSTAL LAKE MEMORIES. On this, he did some truly incredible, creative and stunning layouts. There was a conscious decision when I started this that it would definitely be a book that had a lot of text since there was so much to tell, but Peter has knocked it out of the park in making the book a stunning art book as well. The editor of the book, Lito Velasco, definitely had his work cut out for him, but really did a fantastic job, too. Being a huge fan of Elm Street, he was able to definitely help in the formation of what stories to keep, trim, lengthen, etc. Having researched and written it for over two years, it’s a culmination of so many sources and ideas. This book is really the efforts of people who know and love the film and want to see it really get its due.

BUG: You're doing a Kickstarter for the project. What kind of perks are you offering donators? 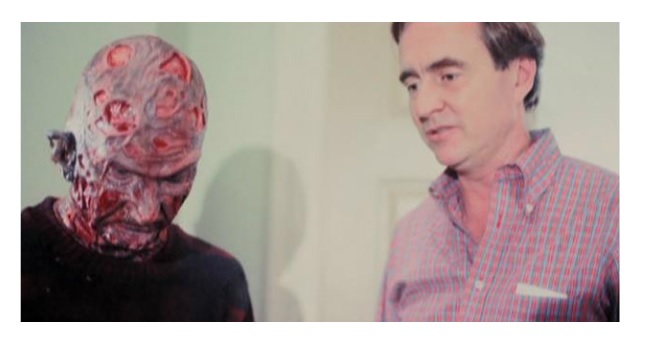 TH: The great thing about the Kickstarter rewards are almost every one of them includes the book. That was the goal, really: to allow people who want to pledge their support to essentially “pre-order” their copy. But, it’s not just the book. It might be a numbered edition from what we’re calling the “Premier Release,” to a copy of the book with Heather Langenkamp’s signature. We have a poster of the amazing cover art by Nathan Milliner (it’s a really awesome, original piece created just for the book). It’s really exciting because we wanted to make this about the fans supporting the project and getting the project in their hands, but I have to emphasize: if the campaign isn’t successful, the book won’t happen, which is why we’re on the path to getting the word out to as many people as possible who not only love the film, but Wes Craven, New Line Cinema, Heather, Robert, all of the cast and their characters.

BUG: Why did you go the Kickstarter route? 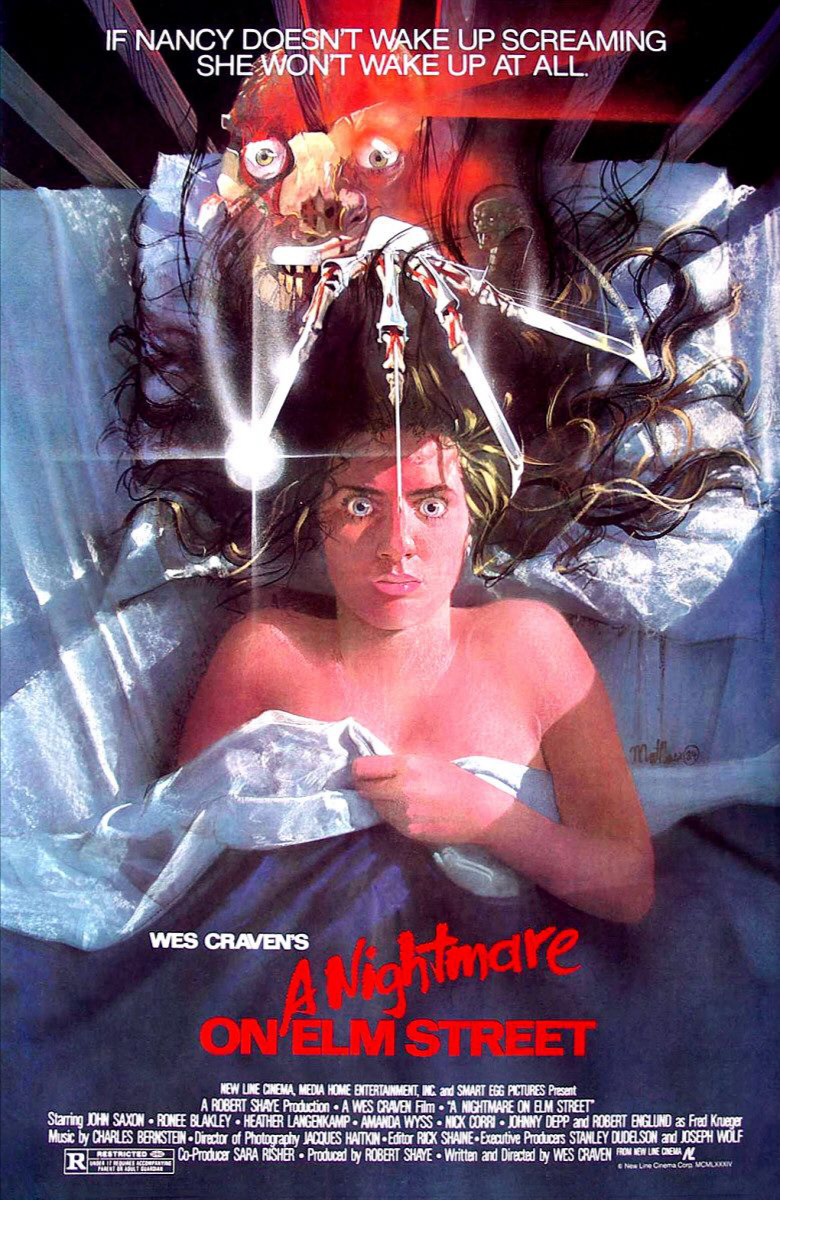 TH: It’s because I wanted the book to be the most creative, unfettered, definitive look back at the original film that could be crafted. There was interest from some outside sources, but immediately there were some caveats in place that would have limited the scope, the content and other things. Like the documentaries, this is being done by the fans for the fans. It felt like the only way to get what was needed to tell the story worth telling. It was also a platform that would truly put the power into the hands of fans: without them, the book won’t happen. This is a huge undertaking, probably the most challenging I have done yet, but self-publishing the book felt like the way to go to give the fans the story that is really there to be told. It’s truly in their hands to make this really special project a reality. 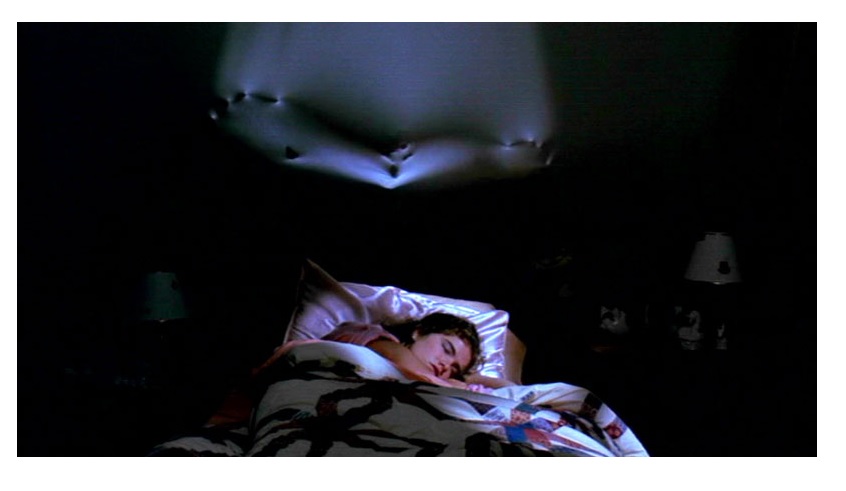 TH: This is SOPHIE'S CHOICE! I’ll always love the original for a number of reasons (which I talk about in my introduction to the book), but mainly because it is just so scary while staying smart. I loved that about it, and it is something I admire about Wes’ work: he imbues his projects with a lot of intelligence, which was--and sometimes still is--rare for genre cinema. As for favorite scene, I think the death of Tina is just so absolutely terrifying, mind-boggling, disorienting and, actually, sad. I’d say that’s the most memorable for me. I will add the disclaimer that I am, of course, a fan of the franchise as a whole. (Wes Craven’s NEW NIGHTMARE is probably my second favorite; talk about smart and ahead of its time!).

BUG: What else do we need to know about the project? Any names picked out for this book yet? 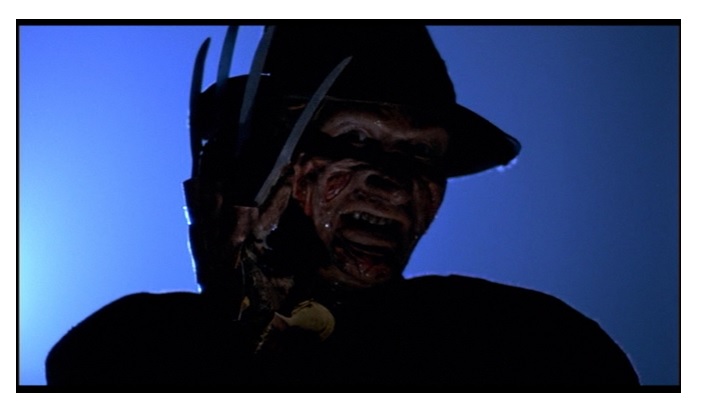 TH: That, literally, the book won’t happen if fans don’t pledge their support and get their copy. It really isn’t a wait-and-see type thing; if they want it, we’re asking them to support it now or it just won’t happen for anyone. The book is called NEVER SLEEP AGAIN: THE ELM STREET LEGACY--THE MAKING OF WES CRAVEN'S A NIGHTMARE ON ELM STREET. It has a wonderful foreword by Wes Craven, chapters on his career prior to “Elm Street”, a chapter on the beginning of New Line Cinema, the pre-production, production, marketing and release of the film and an afterword by Heather Langenkamp. If the fans support this, the book will be ready in time for the film’s 30th anniversary this November. I can’t stress it enough: pledge your support, spread the word, keep it alive and make it happen! Only the fans can. The make or break power is with them and I really, really believe, being a fan myself, that they will find the book worth it.

BUG: Thanks so much for your time and best of luck with the book. Having seen NEVER SLEEP AGAIN, I'm interested in seeing what else you have in store for us from Elm Street.

BUG: You heard the man! Click here to get over to NEVER SLEEP AGAIN's Kickstarter Page! I'm looking forward to checking out this book and so should all of the Elm Street Fans out there too!

Ambush Bug is Mark L. Miller, original @$$Hole/wordslinger/writer of wrongs/reviewer/interviewer/editor of AICN COMICS for over 13 years & AICN HORROR for 4. Mark’s written THE TINGLERS & WITCHFINDER GENERAL, DEATHSPORT GAMES, NANNY & HANK (soon to be an Uptown 6 Films feature film), Zenescope’s GRIMM FAIRY TALES Vol.13, UNLEASHED: WEREWOLVES, and the critically acclaimed THE JUNGLE BOOK and its follow up THE JUNGLE BOOK: LAST OF THE SPECIES. FAMOUS MONSTERS’ LUNA: ORDER OF THE WEREWOLF (co-written with Martin Fisher) will be available soon in trade. Mark wrote/provided art for a chapter in Black Mask Studios’ OCCUPY COMICS. Follow Ambush Bug on the Twitters @Mark_L_Miller.