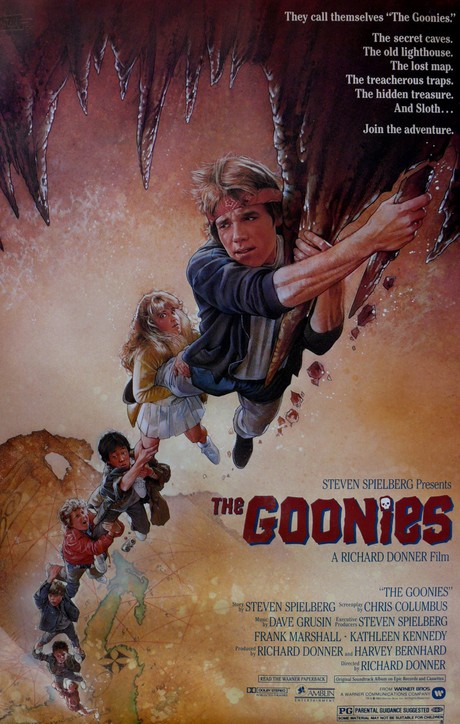 Ahoy, squirts! Quint here. I'm very, very sorry for posting any sort of link to TMZ, but once in a blue moon they stumble upon something that's actually relevant to anybody that doesn't give a shit about celebrity gossip and in those rare instances I'm forced to feed the monster a little bit.

In this case, they cornered Richard Donner outside of a restaurant and grilled him about the recently announced Goonies sequel. For half of the video he plays coy, needling them a little bit, before he politely smiles off the cameraman taking credit for getting the Goonies 2 ball rolling. It's a little painful to watch, but by the end they do get a nugget of info out of him. Mainly that Steven Spielberg is not only involved, but he instigated the recent movement and plotted out the story for the sequel. To what extent we don't know, but according to Donner he's involved in more than just slapping his name on it.

So far no cast members have been invited back and it sounds like we're still in very, very early days on this project. I'm personally of two minds. I think Goonies was perfect for its audience the year it came out. It was right at the height of the Amblin heyday, spoke directly to the kids of the '80s and recapturing that spark for today's generation is more than a bit of a challenge.

I'd definitely like to see that cast come back and play a little bit more, but I'm just as happy letting the original live as a one-off.

What about you? What do you guys think?