Atom Egoyan's THE CAPTIVE Gets A Gripping New Trailer To Go With Its Cannes Film Festival Nod! 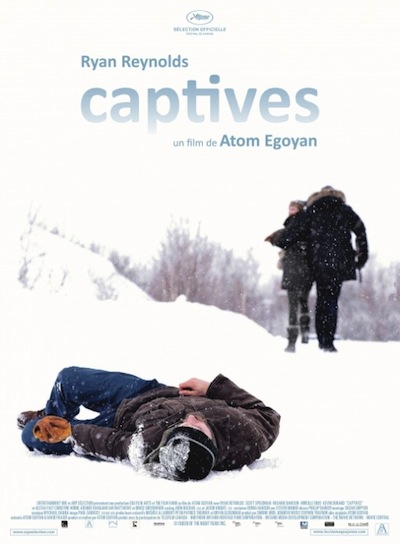 Perhaps this will be Atom Egoyan's return to form.

After recently whiffing with DEVIL'S KNOT, Atom Egoyan's back again with THE CAPTIVE, which appears to be a fairly conventional thriller (at least in terms of the premise) about an anguished father searching for his kidnapped daughter. Egoyan's assembled a pretty interesting cast (Ryan Reynolds, Mireille Enos, Rosario Dawson, Scott Speedman, Kevin Durand and longtime creative cohort Bruce Greenwood), and I dig the spare, wintry setting. The Cannes Film Festival thought highly enough of the film to give it a 2014 competition berth. Here's hoping their enthusiasm is justified.

THE CAPTIVE (as I believe it will be called in the U.S.) is due in theaters later this year.