Ahoy, squirts! Quint here. If you were lucky enough to have seen Jerome Sable's flat out awesome short film THE LEGEND OF BEAVER DAM then you should be psyched that he's got his first feature in the can.

The Legend of Beaver Dam is a slasher rock opera in 10 minutes and his feature, Stage Fright, is set to debut at SXSW. Starring Minnie Driver, Meat Loaf and Allie MacDonald Stage Fright looks to capitalize on the talents on display in Legend of Beaver Dam. If the synopsis is to be believed, it's about the daughter of a Broadway diva landing a role in the big play at a performing arts camp around the same time as people start showing up murdered real bad. That's how I put it, by the way, not how it was written in the synopsis. I have a way with words.

The flick premieres at SXSW and will be appearing on VOD April 3rd and going theatrical May 9th, via Magnet. Official Website is here and below you'll find the fancy debut of the one-sheet poster. 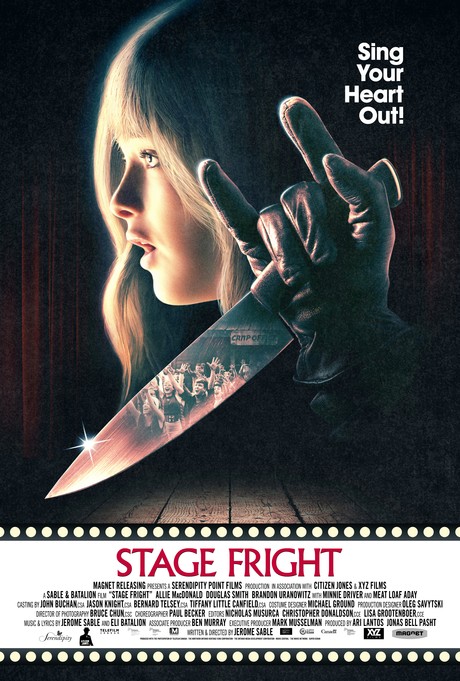 Can't wait to check it out. If it's half as good Beaver Dam I'll be over the moon!