A New Poster For Seth MacFarlane's A MILLION WAYS TO DIE IN THE WEST!!

Here’s a new poster for A MILLION WAYS TO DIE IN THE WEST.  Opening May 30th, this is the latest feature from  co-scritpter/writer Seth MacFarlane. 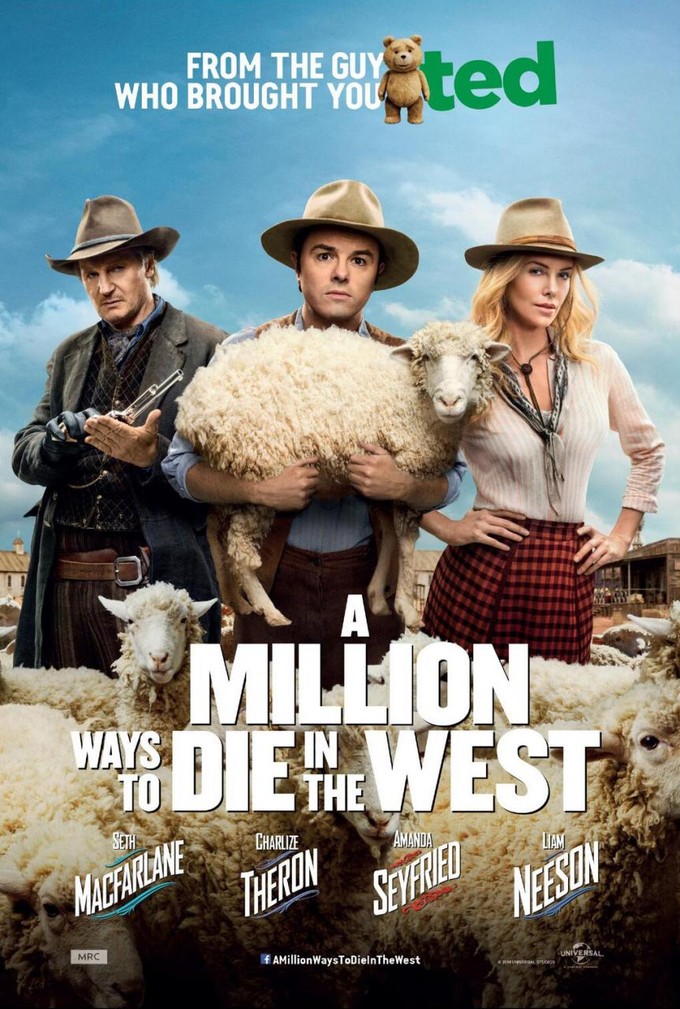 I love the trailer for this - it’s so wrong in so many right ways.  MacFarlane also Exec Produced the Neil DeGrasse Tyson COSMOS rebirth which premieres on Fox and Nat Geo early March.  I’ve seen the first episode  - it’s rather great.  More on it soon…