Michael B. Jordan to play Cyborg in BATMAN VS. SUPERMAN??! 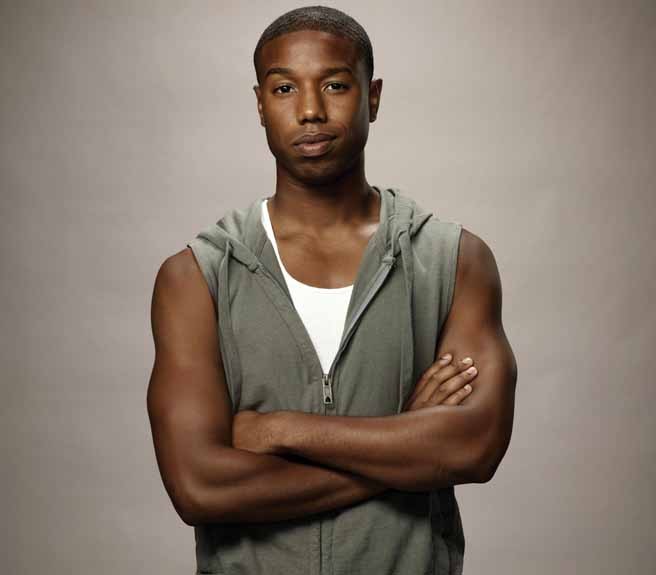 We may have yet another DCU superhero popping up in BATMAN VS. SUPERMAN. According to Latino Review Michael B. Jordan has met with Zack Snyder for an undisclosed role for someone not only "physically fit" but also willing to pop up in further DC adaptations. So far, the speculation seems to be that Jordan is being looked at for Victor Stone a.k.a. Cyborg, a 30-year-old+ character most famous to young audiences for being part of the Teen Titans and one of the newer JLA members. Stone is not to be confused with the Hank Henshaw Cyborg from the Death and Return of Superman story.

The part is only scheduled to shoot for a few days, so if Jordan takes the BATMAN VS. SUPERMAN role, it will mostly serve as a lead-in for a bigger part in future JLA flicks. Given that Jordan is a white-hot commodity right now, and is officially signed on to play the Human Torch in Josh Trank's FANTASTIC FOUR, there's a good chance nothing will come of this, and whatever role he's up for will go to a (maybe only slightly) less in-demand actor. But, needless to say, getting someone like Jordan to join the increasingly star-studded cast of BATMAN VS. SUPERMAN could only help boost the film's pedigree, and beefs up the already formidable JLA lineup Warner Bros. is getting together.

This could all be merely an easily-propagated rumor, but as El Mayimbe points out in his LR piece, "Zack doesn't just meet with anybody. He targets certain actors," so if Snyder approached Jordan with a good enough game plan, he very well may be on board what could easily be 2016's biggest, highest-pedigree release.

If this is all true, how do you feel about Michael B. Jordan as Cyborg?

BATMAN VS. SUPERMAN a.k.a. MAN OF STEEL 2 a.k.a. JUSTICE LEAGUE: BEGINNINGS will be unleashed upon the world on May 6th, 2016.