First glimpse of STAR WARS EPISODE VII art has Harry going full nostalgic for all things related to the Force! Plus an Actor cast?

Hey folks, Harry here...  The following image was released as part of Lucasfilm's overhaul of their website.  It shows the creative team behind the upcoming Episode VII of the Saga, that for many of us... well it represents our collective magnificent obsession.  STAR WARS.  Star Wars was the reason this site exists.   As a child, trying to discover anything and everything about Star Wars... well it taught me to dig for information, to discover the joy of speculation and the dreams that result.

For every chapter of this saga, I have countless hours of dream sharing with friends - and there's just something about there being a new STAR WARS in the works that has me...  well, just feeling better about life in general.

For the first time in a very long time we have a director that isn't George Lucas, directing in the Star Wars universe.   I find that beyond thrilling.  George created a playground that every kid that ever wanted to play has dreamt of playing in - and JJ Abrams gets to be that kid.  In the movie geek business, JJ has been consistently fun to watch stir the pot.   Now - this photo - it was dropped with no explanation.  We don't know when it was taken...  But there's JJ, Kathleen Kennedy, production designer Rick Carter, Jason McGatlin, John Knoll and Kim Libreri.  That's a good deal of the creative team making this film.   Names that over the rest of our lives, we'll become increasingly obsessive compulsive about.   Then there's the artwork in the room and the stacks of stuff that sets the mind into overdrive.

We can see the Millenium Falcon and a mountainous landscape.  BUT - the joy of seeing the Falcon in Artwork in a room with the key brains working on this project gives me hope.

For one.   If we have the Millenium Falcon in this film...  that alone will make me go gaga for the running time.   The Falcon is the greatest space ship I've ever piloted in my dreams.  I'm dying to see how the Falcon has changed in the decades of time that have passed since its Dish got knocked off getting out of an exploding Death Star.   Did they find the same model dish?  Did they paint it white again?  Surely there's been some personal modifications since then.   Perhaps a new set of games to pass the time?  I just can not friggin wait to discover them all.

NOW - if the Falcon is in the film, does that mean that JJ is rebuilding it as a full scale set?   Will there be a stage with a full size Falcon?  Gosh, I hope so. Will there be new tricky weapons?  Will we discover the bathroom on the Falcon?  Have we seen all the nooks and crannies of this ol space bird?  AND... will the Falcon survive Episode VII.   George planned on killing the Falcon, Lando and Nien Nunb.   They were all supposed to go up with the Emperor and a shit ton of Imperial laborers.  But clemency was granted and if that artwork behind Kathleen is at all related to the film those people are talking about... then the Falcon has survived decades of untold stories...  or told stories that we just haven't been told yet, or that we were told, but were then told won't be told in film form, but at this stage... who knows what's real.

I'm just excited to begin this process in earnest.  Look at the image.  Blow it up, play with brightness and contrast.  Look in the reflection of those glasses, what can you see.  Get all Deckard on this!  The game is fully afoot.  Nothing is in the shot by accident, after all... this was Lucasfilm's Valentine for us.  John Williams is writing new music for the Falcon to soar to.  Let that thought tickle ya... 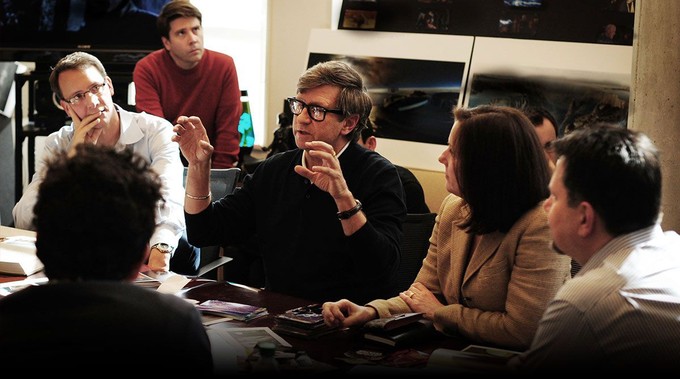 Also - here's a rumor to check up on.  I'm hearing that Jack Reynor, a young Irish actor that will be in this new Bay TRANSFORMERS trilogy - but that I've now heard from two different sources has landed a role in EPISODE VII.  No idea of what role, but here he is: 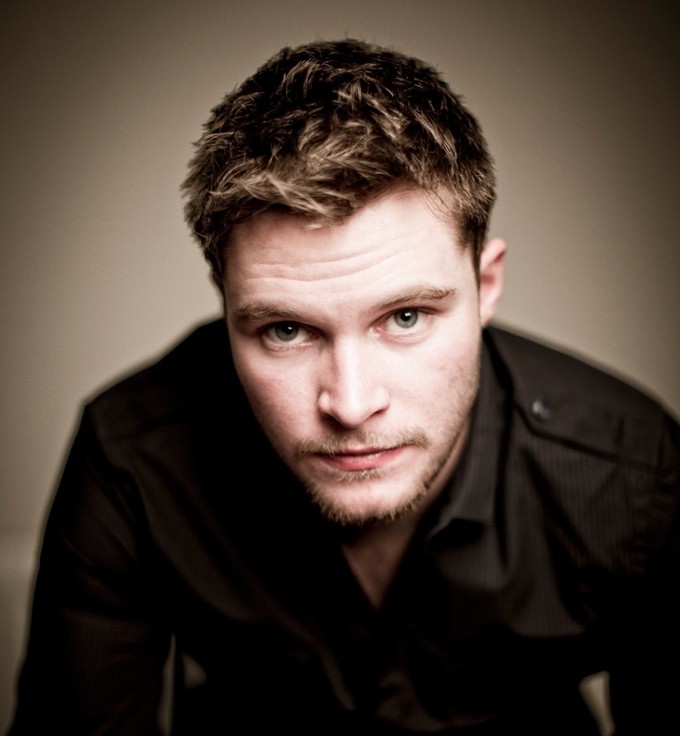