Quint didn't much care for the RoboCop remake... 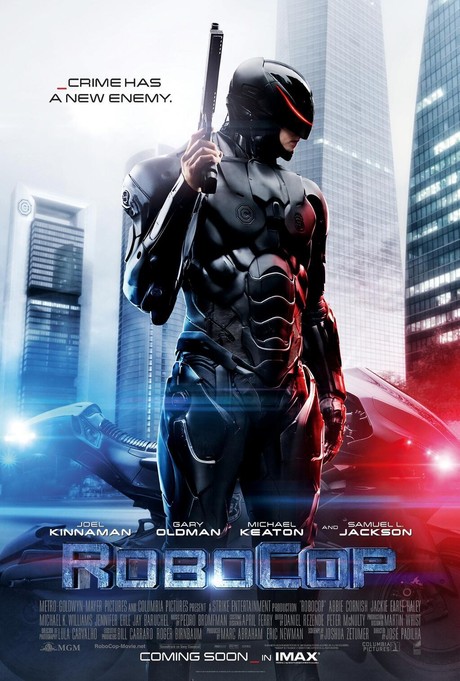 I'm afraid I'm going to be on the negative asshole end of the AICN spectrum on this one. Here's the thing, RebootCop is not awful it just comes across as the homogenized, less interesting version of the movie we already know. It feels like they made character and world-building choices here that were considered and rejected the first time around. “Wouldn't it be interesting if after the accident Alex Murphy is still exactly himself, but flips back and forth between mindless robot cop and the passionate officer he was before? Hrmm... maybe it's better if he has... you know... a character arc. We'll start him as a machine and then slowly reintroduce his humanity. Yeah, that's the way to go!”

It doesn't help that they PG-13-ified all the violence (RoboCop's gun now fires electricity shots so he can taze some bros instead of splatter them) and restricted the satire to an unsubtle jab at America's drone program and the crazy 24 hour news cycle. In place of that fun stuff is a confusing Star Wars prequel-like focus on the logistics of a governmental vote that could allow OCP to replace local police with military robots and ED-209s.

Here's the problem... This isn't shown to necessarily be a bad thing. In the original, the ED-209 was glitchy, unproven and deadly dangerous. Here, the whole opening scene in Tehran shows us the robotic sentries and ED-209s actually doing a good job pacifying the region. The issue isn't whether or not they'll glitch and shoot innocent people, it's that they won't feel bad if one of the people they shoot happens to be a teenage kid holding a knife instead of a gun.

Michael Keaton plays the OCP CEO like Steve Jobs. He's animated about his work, he believes in it. Sure, he likes money, but you can tell he feels morally justified, proud of his products. This would have worked great if they showed him doing more amoral things, but his character only seems to change when the plot needs to escalate, not because he's motivated by anything in particular. At a certain point it's just time for him to do straight up bad guy stuff.

We're also not shown why there's a need for an upgrade to law enforcement. We're told over and over again about the crime, but what we see seems to be a pretty small drug operation in a big city. We got why Detroit/Delta City was so fucked up in Verhoeven's version. Here it's just any big city. When RoboCop is introduced he has a brief montage, but we actually don't see him have any sort of broad effect. We're told that the crime rate has dropped 80% a few scenes later, but that commits the cardinal screenwriting sin of telling, not showing. He's only ever really focused on solving his own attempted murder.

That's my overall problem with the movie in a nutshell. Every decision is pulling back from the ideas and themes of Verhoeven's original film, not pushing the envelope. Think of every remake you hold up as an improvement, whether it's John Carpenter's The Thing, David Cronenberg's The Fly or Frank Oz's Little Shop of Horrors, and you'll find a common thread. Each one takes the story further or in the case of the famous remakes of silent films (10 Commandments, Wizard of Oz) technology brought the story to life in a way that it just couldn't be done before.

With RoboCop 2014 there's no such jump. It's the exact opposite of the remakes that work. It takes the ideas from the original and waters them down, homogenizes them to be a kind of generic big studio movie, which the original miraculously avoided being.

Now, you may say it's unfair to compare the remake to the original and that's a valid point of view, but one I don't share. I personally don't think it's fair for the studio and filmmakers to take the iconography, characters and title and then ask us to come see them play in a world we already know and like and then say we shouldn't compare it to the original. Sorry, that's just not how I work, just like I view sequels and compare them to the other movies in a franchise or compare performances from my favorite actors from film to film. That's part of being a movie geek and I can't turn that off. 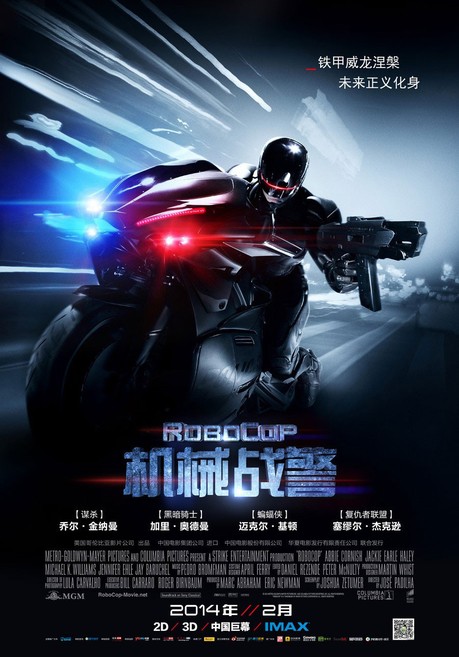 But while I will inevitably compare remakes and sequels, I am not demanding a repeat of what I liked before. The recent Rise of the Planet of the Apes is a great example of telling a different story in that universe and doing it in a whole new way. The most awkward part of that movie are the callbacks and repeated lines. Same with RoboCop 2014, but instead of being the exception it's kind of the rule here.

There are a few interesting ideas... the opening in Tehran is well done and feels the most like a Jose Padhila style movie, but it's just dropped in favor of taking us to Detroit-via-Vancouver. Seeing what's left of Alex Murphy, what is human inside the suit, and Murphy's reaction to that is very interesting as well, but again it's just dropped in favor of a shoot out in the dark (not joking) and some boring stuff about public opinion polls. Gary Oldman's reluctant scientist/creator of RoboCop is also an intriguing divergence, but I wonder how much of that is interesting in concept or just interesting because a brilliant actor like Gary Oldman is in the role.

Where's the big threat? Where's the flair? There's no Clarence Boddicker, a scary, but entertaining villain. Jackie Earle Haley's Mattox comes the closest, but he's not a constant like Kurtwood Smith's character was. Mattox is a military grunt whose best stuff is front loaded. The dynamic between him and Joel Kinnaman is probably my favorite relationship in the movie. He's proud of his sentries, knows RoboCop is less effective and needles him as Murphy gets his robotic feet under him. Like most interesting things in the movie, that's just dropped and then resurfaces again in the third act.

Poor Abbie Cornish and Michael K. Williams are so wasted in the movie. Cornish is one note: worried wife and Williams just seems to be there to get shot a few times throughout the movie and throw out a couple one-liners.

Sam Jackson is great at what he does, which is put on his best Bill O'Reilly mixed with Ed Schultz impersonation while talking at the camera and delivering exposition. He knows the movie he's supposed to be in and breathes a little life into his scenes.

Keaton is also very animated, to the point where in one scene I swear to God Beetlejuice shows through for a second and I got super excited for the prospect of a sequel. The problem is he's kneecapped by inconsistent character motivation and spends most of his screen time looking at monitors or watching TV.

That brings us to Alex Murphy himself. I liked Joel Kinnaman in the role and I feel that if they had either played more with him switching back and forth between emotional human and emotionless robot or given him an arc like Peter Weller got to have in the first (who loses his humanity in the first act and spends the rest of the movie regaining it) then he would have knocked it out of the park.

As it stands, he's vanilla, like the movie around him. Not terribly awful like The Fog remake, for instance, but just bland and middle of the road fluff that you'll see and forget as soon as you walk out of the theater.

At least that's my take on it. A lot of my colleagues seem to be pleasantly surprised by the remake, so hopefully if you guys see the movie you'll fall in with them. Afterall, nobody likes to have a bad time at the cinema.