JURASSIC WORLD to shoot in 35mm and 65mm, plus cinematographer announced! 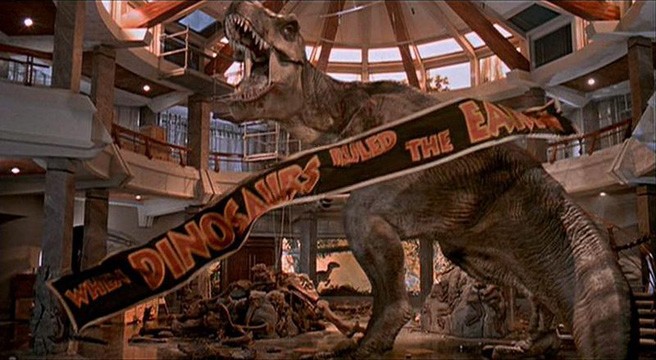 Ahoy, squirts! Quint here. I like this trend of big franchise movies sticking with film. First JJ Abrams announced he's shooting Star Wars on film and now we have Colin Trevorrow announcing that JURASSIC WORLD will not only shot on film, but it'll shoot in both 35mm and 65mm, which means it's likely that there'll be sections done all IMAX style like The Dark Knight.

Honored to be working with cinematographer John Schwartzman on Jurassic World, shooting this April on 35mm and 65mm film. @Kodak @Panavision

Shit's getting real, you guys. A new Jurassic Park, a new Star Wars, a new Avengers, a Batman and Superman movie... My geek heart's all a-flutter!