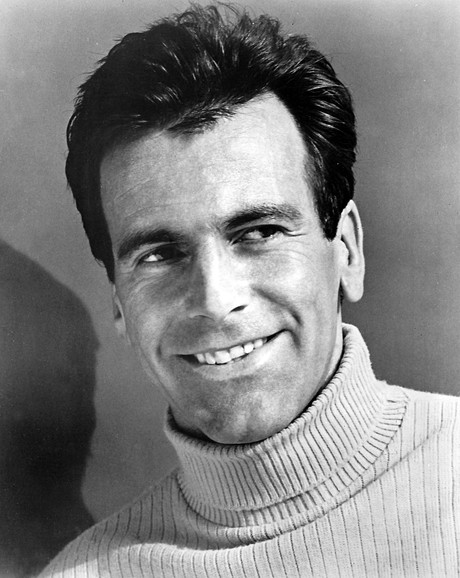 Hey guys. Quint here. It was an asshole of a weekend for movie fans. First we lost Maximilian Schell and then the unexpected and sudden death of Philip Seymour Hoffman. Nordling already put some words down about Mr. Hoffman's passing, so I thought I'd say some things about Maximilian Schell.

I'd wager most of you were first exposed to Mr. Schell as an actor with Disney's fucked up dark sci-fi tale The Black Hole in which he played a quite nasty piece of work with an even nastier evil robot (oddly enough named Maximilian) to do his bidding. While I did see bits and pieces of The Black Hole (I was a kid in the '80s, afterall) I actually sat down for my first front to back viewing as an adult. In face I covered it in my A Movie A Day run way back when. 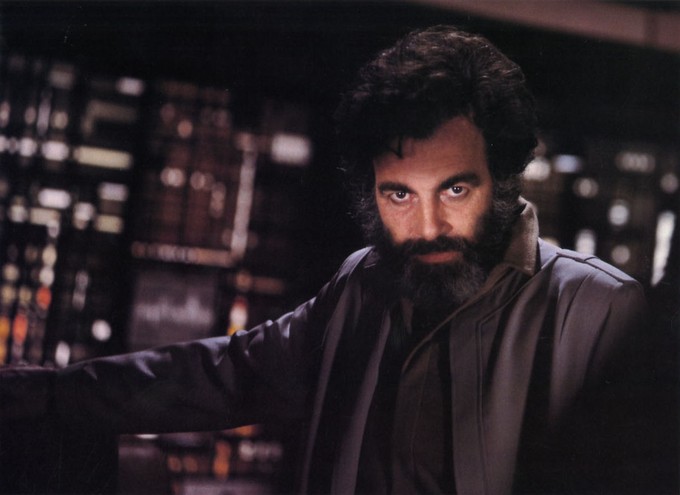 I was struck by a couple of things about the movie. First of all, the great model work and the great cast. Then of course there's that nasty/crazy ending, but on the way there we get to see some of our best character actors at work in one film, including Maximilian Schell, who plays the main bad guy with such a gleeful insanity that he really gives the movie a ton of its personality from sheer force of personality.

I remember laughing at his Larry London in The Freshman even before I got all the Godfather in-jokes. Then there's his great part in Richard Attenborough's epic A Bridge Too Far and his emotional “old guy in a disaster movie” performance in Deep Impact, a forgettable film with a few bright spots, most of them in the vicinity of Mr. Schell.

There are a few performances I want to highlight, though. First, and probably best, is 1964's Topkapi. It's a movie with a weird name, but a simple premise. Topkapi is a heist farce that predates a few more well known like films such as How To Steal A Million and The Italian Job. 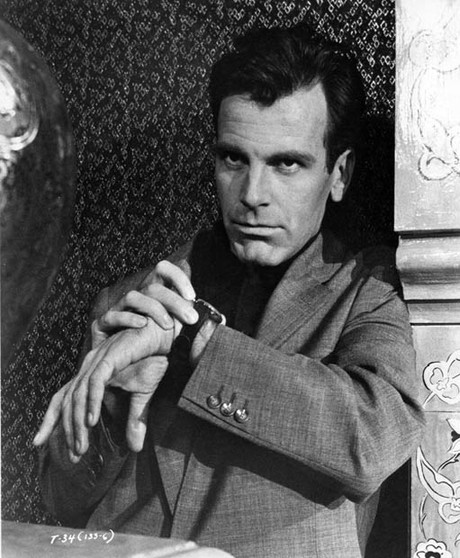 Co-starring Peter Ustinov and Melina Mercouri, this one involves the planning of a jeweled dagger from the Topkapi museum in Istanbul and it's just a ridiculous amount of fun. There's no shame in it if you haven't checked it out, but I highly recommending trying to dig up a copy to view. You'll dig it. 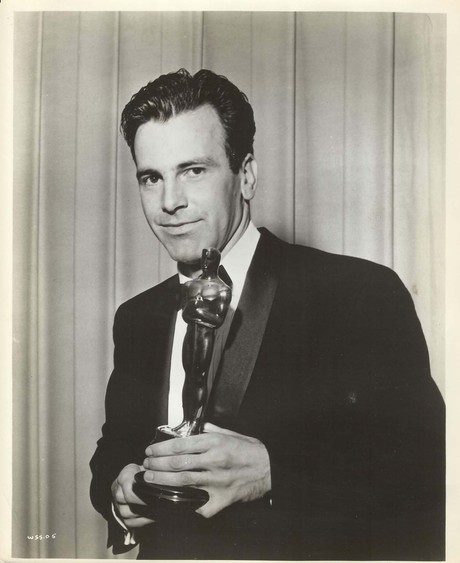 He won an Oscar for his role as Hans Rolfe in 1962's Judgment at Nurembergut . He was nominated twice more in his career, but this was his only win.

In John Carpenter's last real solid movie, Schell played a sleazy Cardinal that commands a small group of vampire hunters sent out to do the Lord's work. John Carpenter's Vampires isn't up to the impossible standards Carpenter set for himself with his early work, but it's got so much swagger and personality that I find the more I revisit it the more in love with it I become. James Woods is a massive reason for that and I must say I get a kick out of what they do with Schell's character, especially as the story draws to its conclusion.

And that brings us to Rian Johnson's whimsical, unique and all around lovely The Brothers Bloom. This is also where I inject myself into the obituary. I had the distinct pleasure of watching Schell work for a day while visiting the Brothers Bloom set sometime 2007-ish.

There's a scene in the film where Adrien Brody is sitting at a bar and is greeted by a very unwelcome old friend that I got to watch them film. Diamond Dog views himself as a Fagin type, but it's strongly implied that he not only gave his young children the knowledge of how to execute a long con, but perhaps a little of himself as well... and I mean that in the most awful way possible.

It's a small, but crucially important character in the movie and one that could have (and probably did) turned off a lot of actors. But not Schell. He ripped into the part with gusto, really embracing that creepy old weirdo and making his few moments onscreen resonate.

They shot in an old, old building somewhere in the heart of Belgrade, Serbia and the scene has Schell showing up representing a past Brody's character would rather not relive. Ever his brother's protector, Mark Ruffalo shows up and steps between the old lech and Brody, ultimately smashing a bottle and cutting Diamond Dog's hand with it.

In-between takes I got a chance to talk a little bit with Schell about his character, the Fagin influence, how great an actor Alec Guinness was, a little about Marlon Brando (who he credited with teaching him English) and, naturally, Robert Shaw. Schell worked with my all time favorite actor on his last movie, Avalanche Express, and also starred in an adaptation of one of Shaw's books called The Man In The Glass Booth.

Schell recalled working with Shaw as “difficult” but made sure follow that up with saying that none of that ever showed up in any of Shaw's performances.

I took some photos on the set, but kept a few to myself. I'm including some here. Forgive the blurry shots. I had a cheap little camera at the time and did the best I could without getting in the way. 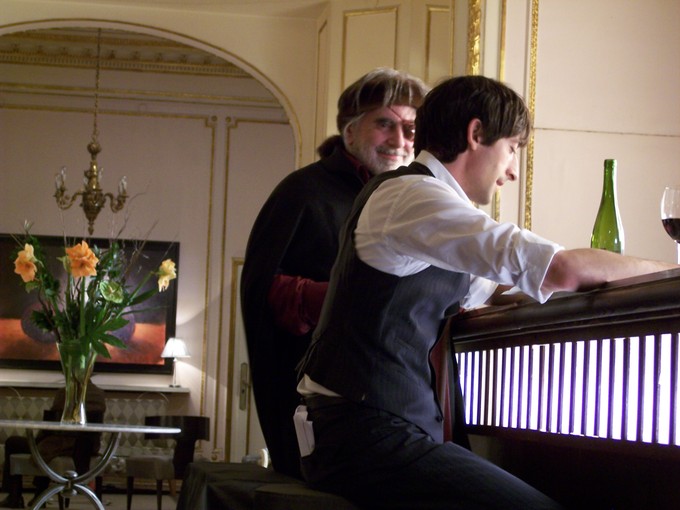 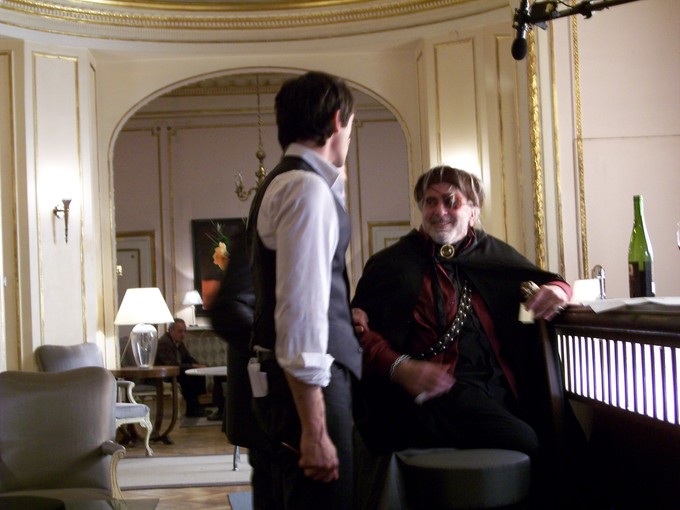 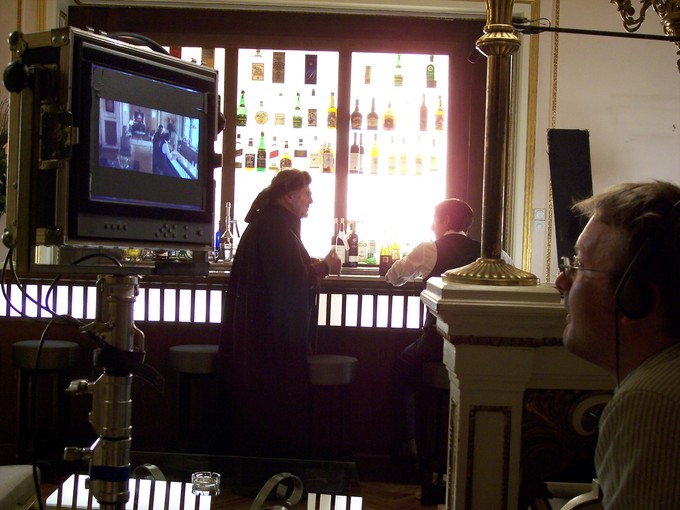 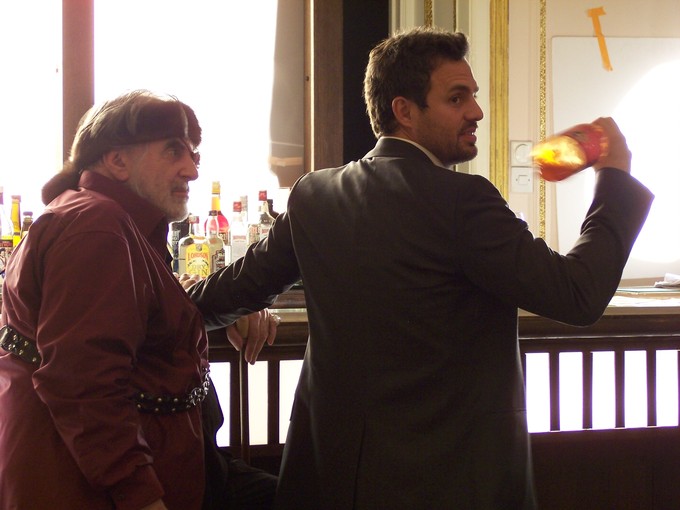 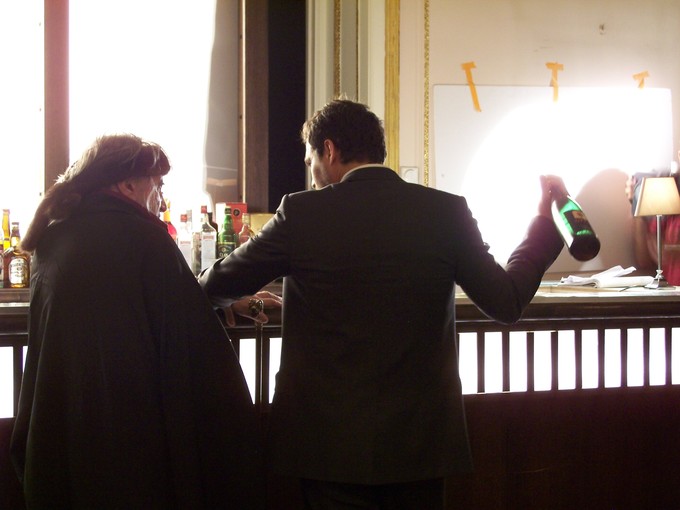 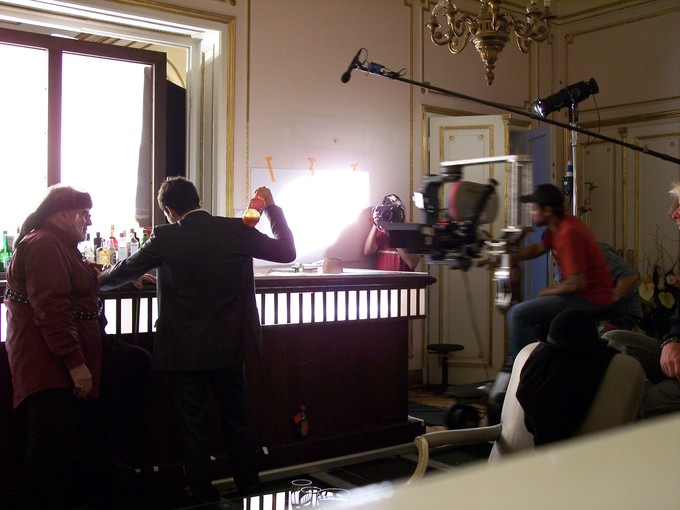 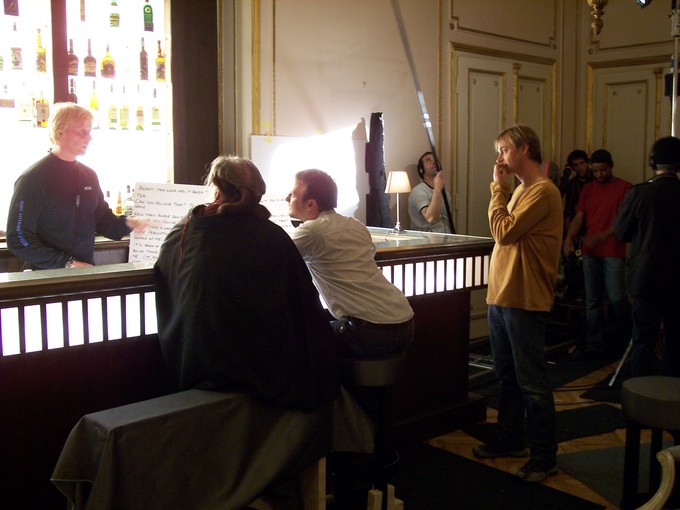 You may notice cue cards in that last shot. Schell was sensitive about not being able to retain lines like he used to, which meant when he has his big exposition moment the crew set up these cards for him to reference while doing the scene at the bar. Personally, I respected the man for still going strong and being brave enough to still attack his job with the enthusiasm of a man half his age.

The tendency for actors these days is to draw inward. It's a good instinct, but when you find those rare larger than life personalities that can go broad without going over the top we movie nerds tend to grab on to them. Christopher Walken, James Cagney, Michael Shannon, Gary Oldman, Maximilian Schell... these are actors after my own heart.

I'll always treasure getting to see Schell work and getting to spend a few minutes talking to him about his colorful career. And I'll always be able to visit him any time I want via the magic of the movies.

My thoughts are with Mr. Schell's friends, family and fans. 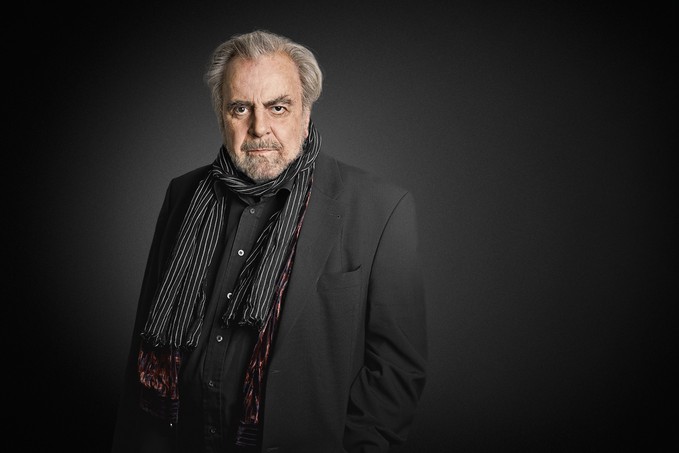