UPDATED with a statement from Josh Trank! A new plot synopsis for the upcoming FANTASTIC FOUR reboot suggests that this is a new origin tale for the heroes!!

UPDATE: Josh Trank has taken to Twitter (which he seemingly only uses to shoot down rumors) to deny that the description released by Acting Auditions is in fact the synopsis for his FANTASTIC FOUR film. This should ease some of that anger many of you have expressed in the talkbacks below but Trank last took to Twitter to deny that Miles Teller was in consideration for a role. That report has since been confirmed by multiple sources so who knows if Trank is being completely honest?

Many of you pointed out that the description described below sounded more like a CHRONICLE sequel, so maybe that is what happened. I am curious to see if Acting Auditions will come out and say where they got their information, as they described it as “official”. There is a lot of uncertainity surrouning this project and filming is expected to start soon, so hopefully Fox will clear this up and give us some information.

that synopsis is definitely not the synopsis or anything close to the synopsis. i don't know who put that out. byyee. 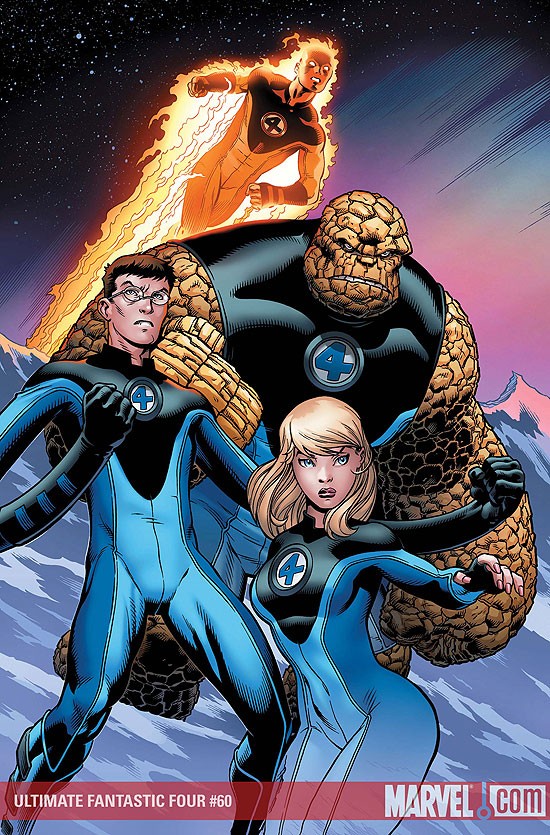 There is a lot of controversy (all of it online, of course) surrounding the apparent casting of Michael B. Jordan as Johnny Storm in Josh Trank’s upcoming FANTASTIC FOUR reboot. Storm has traditionally always been white and Jordan is African-American. This has upset a lot of fanboys for being different than what we have always seen with the character. Those of you who are upset about that and want the film to be FANTASTIC FOUR's traditional origin story should probably just stop reading this now, because you might have a brain aneurism if what Acting Auditions has listed as the official description for THE FANTASTIC FOUR is true:

“The Fantastic Four’ will tell the story of two very young friends, Reed Richards and Ben Grimm. After an event transforms the boys, they find themselves empowered with bizarre new abilities. Reed becomes a scientific genius who can stretch, twist and re-shape his body to inhuman proportions. Ben becomes a monstrous, craggy humanoid with orange, rock-like skin and super strength. However, the two end up being owned by the government and used as weapons. But after they mature, two others with powers come into the picture – Sue Storm “The Invisible Girl” and Johnny Storm “The Human Torch.”

The other interesting bits sprinkled throughout the report claim that only Johnny Storm has been cast and all other roles are up for grabs. We already knew that auditions and screen tests were happening but this is further confirmation. They also say that production on the film is supposed to begin in just a few weeks, more specifically, February 10th. The film will be shot in Baton Rouge, Louisiana.

Getting back to the description though, it should be pointed out that a lot of times the descriptions sent to acting agencies aren’t always what ends up on screen. If they want to keep secrets about a film’s plot, studios will often send out false information. There are a couple of reasons why I don’t think that is the case here though. The description sounds too specific, if it was a traditional origin story for the heroes there would be no point in keeping it a secret, and finally, we have known all along that Trank was going to be doing a different version of the story (closer to the ULTIMATE run) than what we got with Fox’s 2004 FANTASTIC FOUR origin story.

I don’t have any real attachment to the FANTASTIC FOUR comics or characters. However, I do understand those of you who will be upset by this (unlike when it come to Michael B. Jordan's casting), but I am just going to be optimistic about the project with the level of talent involved and hope that it will all work out in the end.

THE FANTASTIC FOUR is scheduled to be released June 19th, 2015.