Quint got a Dark Tower Update from a potential Eddie Dean!

Ahoy, squirts! Quint here. I had a lovely interview with Aaron Paul for his film Hellion at Sundance. Super nice guy (the interview started with him offering me a banana... not in a weird way, if you can imagine that) and super gracious and humble.

When I got to the part about about what's coming next I decided to inject an opinion I've been harboring for a few years now. I've tweeted about it a couple of times over the years, but I think Mr. Aaron Paul would be perfect as Eddie Dean in any Dark Tower movie/tv show/whatever. There was talk recently where he said he'd be down to play the guy, but there was nothing more substantial to than him tweeting that he'd be open to it.

When I brought it up in our conversation he said something interesting. Here it is:

Quint: For what it's worth when I watched the first season of Breaking Bad I immediately thought you'd be perfect as Eddie Dean in a Dark Tower movie. I don't know if you've read those books... 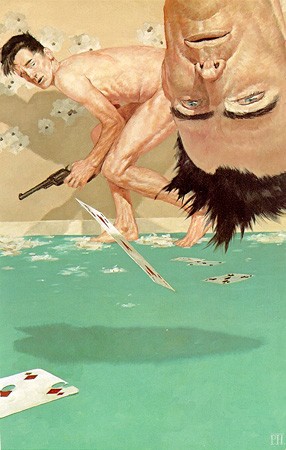 Aaron Paul: I have not read them all. He shows up midway through the second book, right?

Quint: Yes. I know it's typecasting a little bit, but you'd be my choice for the part.

Aaron Paul: Thank you. I've had a ton of meetings on that. I just had a general sit down with Ron Howard, who is a huge fan of the show (Breaking Bad, naturally), which is such a crazy thing to even think that Ron Howard even knows who I am. They're definitely planning on making it.

Quint: It's such a tough series to crack, man. I don't envy them trying to make it work.

Aaron Paul: I'm excited. Their goal is to do three films, but also have a television element to it, which will be very interesting. From what I hear, Eddie Dean is a pretty epic, iconic character.

Quint: You should definitely pick up the books. He's really the heart and clear conscience of the group. Eddie's a really complex and interesting character. He gets to have a great romance... It's a good role is what I'm saying, so don't turn it down when they offer it to you!

Aaron Paul: (laughs) Definitely will not!

Just to be clear, meetings are not a contract, but “lots of meetings” including at least one recently with Ron Howard bodes very well. It'd be a great move if it happens and, as you see above, he's gonna take it if offered.

So, that's the update for what it's worth. Look out for the full interview with Aaron Paul to run early next week at the latest. Now they just need to lock in Mr. Paul as well as Zoe Saldana for Detta/Odetta/Susannah, Guy Pearce for Roland and we'll all be cool. 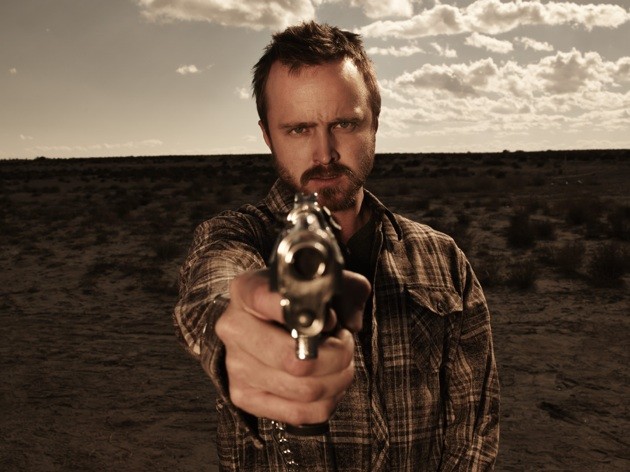