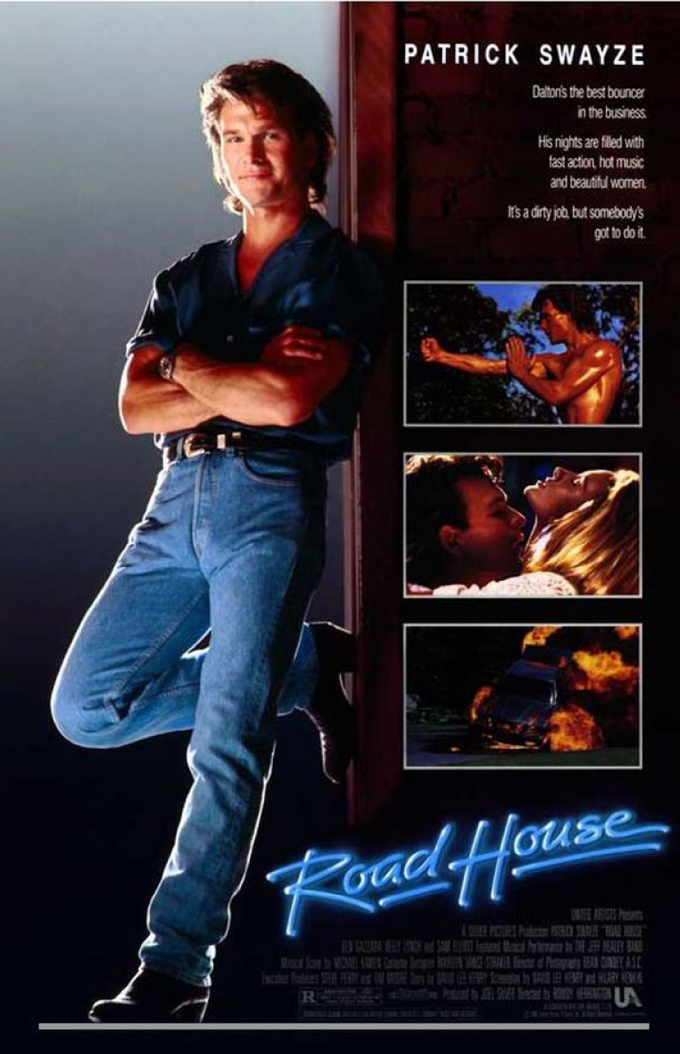 I have to confess not remembering much about 1989’s ROAD HOUSE, other than it was produced by DIE HARD and LETHAL WEAPON’s Joel Silver…was…defintiely not DIE HARD or LETHAL WEAPON…and it kinda was what it was…a manly movie made in a manly way.

Even though it made ‘round 30 million in its theatrical release, apparently it did well enough in its lengthy home video afterlife to warrant a remake - which is exactly what’s happening.

I sure did love the screen presence of Patrick Swayze, the original film’s star.  Who they gonna get this time around?  Is this a Statham film in the making?  Dwayne Johnson?