This pretty much speaks for itself.

Confirming that, evidently, R2-D2 is in the movie.  Which comes as no particular surprise, given the film’s post-RETURN OF THE JEDI setting, Lucas’ original intentions that Artoo and perennially bitchy cohort C-3PO would remain constants in SW’s primary cinematic universe, and an Threepio performer Anthony Daniels' recent (although oblique) hints that he might be reprising his role for the film. 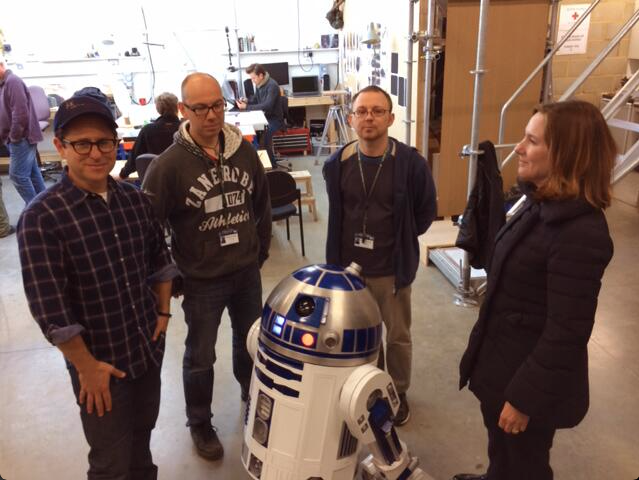