Russ Sheath talks with Marvel’s Head of Television Jeph Loeb about all things ‘Marvel’s Agents of SHIELD’ and the future of Marvel Television!! 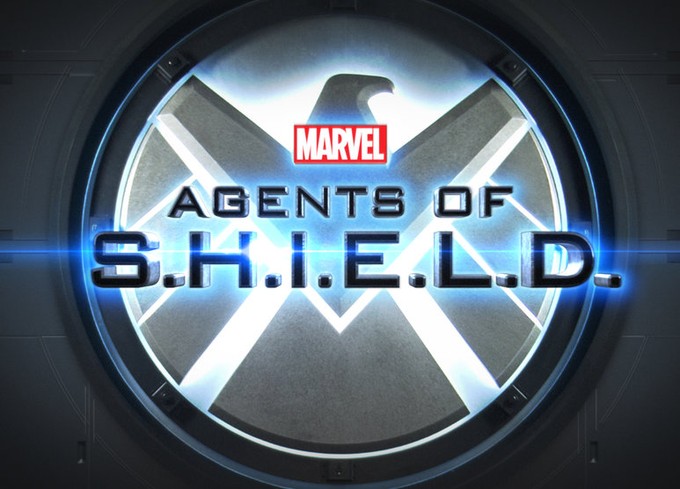 If you look beneath the hood of any number of hit genre television shows over the last decade then you are likely to find Jeph Loeb as the master mechanic, orchestrating the moving parts.

A multi award winning writer for both screen and comics, Jeph Loeb began his career as a script writer and had notable successes with ‘Teen Wolf’ and the Schwarzenegger starring ‘Commando', before finding his way to comics and becoming responsible for some of the most critically acclaimed books of the last 20 years.

‘Batman: The Long Halloween’ was cited as an influence on Christopher Nolan’s ‘Batman Begins’ while the likes of ‘Batman Hush’, ‘Superman For All Seasons’, ‘Spider-Man: Blue’ and ‘The Ultimates 3’ are just a handful of the titles, from both Marvel and DC, that Loeb has lent his voice to.

Returning to the screen and in particular television, Loeb became a writer on ‘Smallville’ the story of Clark Kent’s early years and ‘Heroes’ before joining Marvel as Executive Vice President: Head of Television.

Responsible for the likes of ‘Hulk and the Agents of SMASH’ and the hit series ‘Marvel’s Agents of SHIELD’, Jeph took time out to talk to AICN about all things SHIELD. 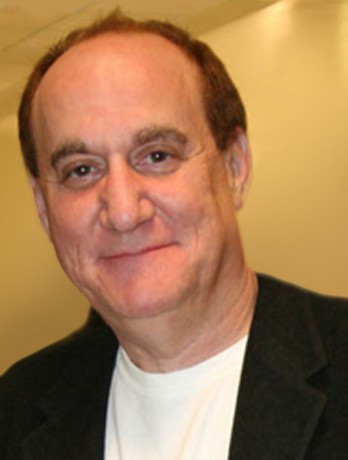 Russ Sheath (RS): Jeph, thank you for talking to us today.

Jeph Loeb (JL): Thank you for asking, we are big fans of the site.

RS: I’ve got to say, and this is something I said to Tim Sale a few years back, whenever I give a comic book to a non-comic reading friend the two books I always turn to are ‘Superman For All Seasons’ and Spider-Man Blue’, so it’s a genuine pleasure to be talking to you today.

JL: Thank you, I really appreciate that. I can’t 'do what I do', unless you 'do what you do', so it’s a pretty fair trade.

RS: So, we are here to talk about ‘Marvel’s Agents of SHIELD’. As we push towards episode 6 of the first season how do you sum up the journey so-far?

JL: The most important thing is that the shows keep getting better and that our actors are really finding their roles. I think that when people see episode six, and by all estimations it’s the best one yet. It’s an extremely tense, frightening episode and even though some of us fans are grown men....you might get a little moist around the eyes.

RS: Going back to the beginning and back to the time when a live action Marvel television show was first discussed, was that first foray into television always going to be ‘Agents of SHIELD’?

JL: We don’t talk a lot about our development, but it was very public and the first one out of the block and it had a great deal to with that we are on ABC in the States which is very well known for having a large, female demographic. The best of those in the Marvel Universe was Jessica Jones, but it didn’t quite fit with the ABC model. But, we still believe in that show in a major way.

Then, Guillermo Del Toro came in and talked to us about doing a Hulk show and when Guillermo Del Toro comes and wants to do a show about your pinkie, you are going to want to do it. But it was just a case that once we saw what Joss Whedon and Mark Ruffalo were creating in ‘The Avengers, that was a better solution.

Out of ‘The Avengers’ came this gift, which was that our relationship with Joss gelled into a much larger responsibility to each other, that extended beyond doing Avengers 2.

I’ve known Joss since the Buffy days and we started talking about SHIELD and how it could translate into a television series in a very exciting way and that could work on all platforms. Whatever we had learnt from the first couple of shows that we developed, ‘Marvel’s Agents of SHIELD’ became a perfect fit in terms of what Marvel wanted to do creatively and what might work on both ABC television and television in general.

We both agreed that the key to the kingdom was Clark Gregg, but the problem was that Agent Colson was dead so that had to be solved. It became something that we could use as an important, but not overwhelming, storyline in the same kind of in the way that in the ‘X-Files’ Scully and Mulder knew that they were looking for something, but every single episode wasn’t about that thing.

The only promise that we will make you is that you won’t have to wait five or six seasons in order to ‘find out what the island is’ (laughs). We hope to have that kind of success, but this particular question will be answered ‘sooner than you expect’ yet ‘not soon enough’ for our fan base. 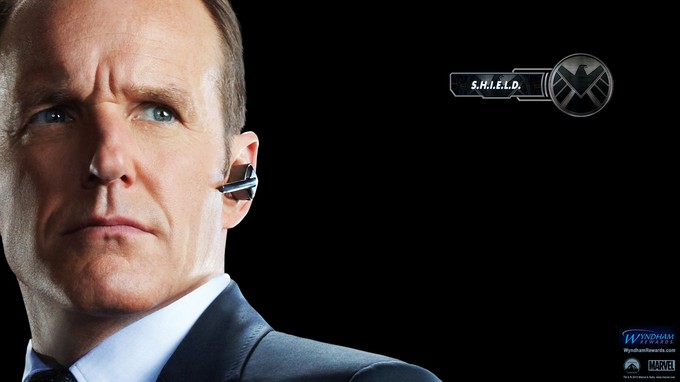 RS: I guess it could just be the nature of any serialized medium, but it’s interesting that Agents of SHIELD gains a similar sense of speculation that arises when a new comic book project is announced. Is that sense of anticipation something that you were purposely aiming for?

JL: I think some of that just speaks to Marvel. To give credit really to where it’s due, both the movies and the comic books have delivered consistently to a worldwide audience, a sense of epic adventure that has a human spirit with just a dose of humor. I don’t know if it is our core audience that created such an expectation it was just ‘the audience’, and we welcomed it.

It absolutely is daunting whenever you go into a new arena, this was the first live action show for Marvel, and we wanted it to do great. We also knew that we were going to be compared to a two hundred million dollar mega-blockbuster but the audience knows, on some level, that thirty Iron Men aren’t going to come out of the sky and save the day.

‘Spoiler alert’ for those of you who haven’t seen that (laughs), but it doesn’t mean there can’t be an expectation and it doesn’t mean that there isn’t an audience out there that is hoping that there’s going to be ‘Iron Man vs. The Hulk’ every week, but that’s not going to happen.

What we promised from the very beginning in our ad campaign was, ‘not all heroes are super’. This really is about the men and women who are on the ground and in the field taking on the strange, the unusual and the unexpected in the Marvel Universe and ascertaining whether that thing is a threat and if so, how they then take it on.

We certainly hope, when folks see episode 6 next week that whatever investment they have in our cast will be dialed up to 11 and it just keeps coming at them after that. 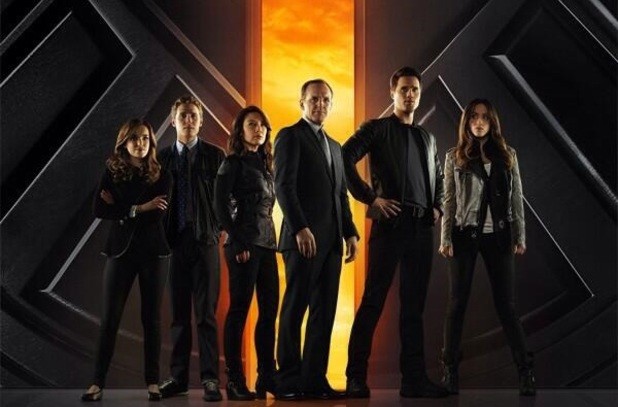 RS: You’ve told us to prepare for an emotional journey with episode 6, what can you tell us about the episode and the remainder of the first season of Agents of SHIELD?

JL: Unfortunately that's a Level 7 classified question and my answer is somewhat bound (laughs). I can tell you that, at least with episode 6, there is a mysterious killer out there and no one is safe. That’s as far as I can take it but it is rather devastating if you are invested in the show.

There are some very exciting folk from the Marvel Universe proper coming in. I think folk out there already know that Agent Blake from the ‘Item 47’ short is coming in and that will be followed up by us making a visit to a SHIELD facility where there will be a few familiar faces and that Agent Sitwell will be coming in.

RS: Is it tough managing the expectation of the fans who want to see the characters from the established Marvel Universe?

JL: We’ve always said that we didn’t want the show to become an easter egg farm where every week people would start looking for, say, Sam Jackson as Nick Fury, but that doesn’t mean it’s not going to happen.

We are encouraging everyone to really find the fun, excitement, action, drama, laughs and tears with our six principal characters starting with Agent Coulson and Melinda May, Grant Ward, Fitzsimmonds and the beautiful Skye.

RS: Agents of SHIELD has established itself as a truly global show. How important was it to make SHIELD a global organization as opposed to an American organization or a US centered show?

JL: it was very simple because that’s what SHIELD is, it wasn’t that we changed the show to accommodate a global audience, but on the other hand we did have to think about the reality in which people watch television now. It’s not just American programming that’s on in America it’s programming from all over the world, from download to all the other exciting ways that people are watching TV.

We live in a social media world so the possibility that you are going to find out what the answer is before you get to watch the show, spoils the event. We have all become very comfortable with the word ‘spoiler’ as something that is sort of a fun word, but the truth of the matter is that it comes from ‘spoil’ which is 'to ruin’.

We are trying to create a show where the social media experience is something that’s happening in your living room. It’s a show that you can watch with your family, with your partner, with your friends and if you are going to be doing any kind of talking it’s not on a device but actually looking at a person and going, ‘That was cool, I didn’t expect that at all’! 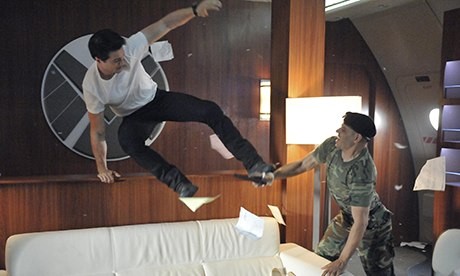 RS: Can you give us a hint as to when we might see the next phase of the Marvel Universe on our TV screens?

JL: Here’s what I can tell you.....we took our cue from the movie studio. They started out very simply in that they made ‘Iron Man’ and then they made ‘Iron Man 2’. Then, in one year, they doubled the production and made ‘Thor’ and ‘Captain America’, which led to ‘The Avengers’. That’s a very smart way of telling your audience that you care deeply about what it is you are making. For us in television, it always comes down to finding the right show runner.

If you look in genre television at the best of those shows, Ron Moore on Battlestar Galactica, Damon Lindelof on Lost and then Joss on Buffy, Angel, Firefly and Dollhouse, there is a single mind or a single vision that is going along with it, that’s our goal.

I do believe that we have that with Joss, Jed, Jeffrey and Marissa, all of whom are either related to or have known Joss for many years. The answer is always going to be that when the right person is matched with the right property that is when we will make the next exciting announcement from Marvel Television.

RS: Jeph, that’s as good an answer to my final question as I could have hoped for, thank you for your time today Jeph.