Nail biting thrills and edge of your seat shivers are in store for this ode to Hitchcock from one of the makers of REC & REC 2. Released on DVD last year and seen by most out of the festival circuit over the last year, SLEEP TIGHT will make you check under your bed after watching and any film that makes you do that deserves a spot towards the top of this countdown. 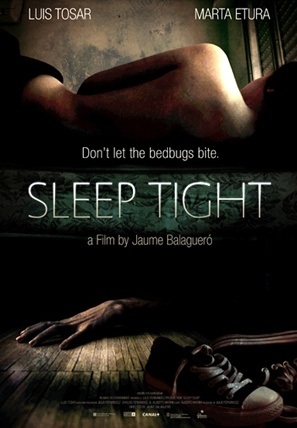 Some directors do great action pictures. Others specialize in drama, but it takes an extremely talented director to do numerous genres well. Though thrillers may be inbred cousins with horror, in the three films I’ve seen from director Jaume Balagueró, I’m going to go out on a limb and say that we’ve got an extremely versatile director at work here. With [REC], Balagueró proved himself to be innovative and gutsy as he brought back the found footage trend and made it cool again. Though some might say [REC 2] was repetitive, I think it did the impossible in retaining what made the first film amazing and expanded on it in ways we all wished most sequels could. After showing us that he can do “in your face” horror well, Balagueró has decided to reel it back and go for the more subtle route and like [REC] and [REC 2], he’s made something special. 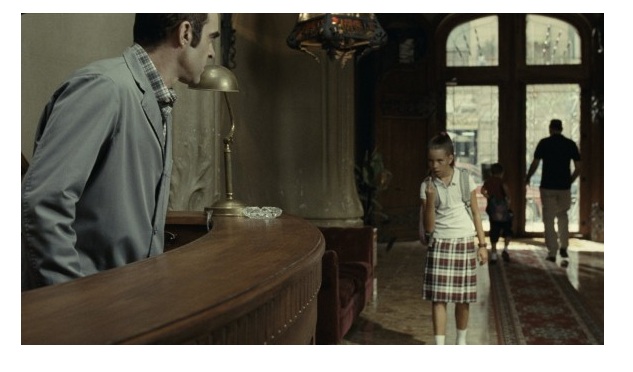 I know it’s cliché to call a film which relies strongly on suspense Hitchcockian, but that’s exactly what this film feels like. Once again set in an apartment building, this film’s horrors aren’t from demonic viruses or the living dead, but from a more human horror. Though he looks harmless, Cesar (Luis Tosar) is anything but. He’s a sociopath, unable to feel any joy in his life except when causing pain in others. From behind his concierge desk, he seems to be harmless with his cherubic bald head and bushy eyebrows, but like Norman Bates, he proves that it’s the quiet ones you have to look out for.

The film opens with Cesar waking up early, getting showered and dressed, and kissing what looks to be his wife goodbye before starting his job as the doorman of an apartment building. Soon Clara (Marta Clara) awakes, groggy, but ready for the day. As Cesar goes about his banal routine at the front desk, she gets ready as well. When she is pleasant to Cesar, but not familiar with him, things start to take a dark turn until you realize that Clara has no idea Cesar is, sleeping in the same bed as her after chloroforming her in the night.

Every single woman’s nightmare is brought to light with SLEEP TIGHT as we follow Cesar as he stalks and watches Clara’s every move. Unlike the recent and tepidly bland Hammer film THE RESIDENT where Jeffrey Dean Morgan creeps on Hillary Swank from an intricate tunnel system through the walls, SLEEP TIGHT goes the simpler route and places this creeper under the bed where all good monsters hide. Cesar’s tendency to reside under Clara’s bed leads to some absolutely white knuckle moments of pure uncut tension as you can’t help but hope but root for Cesar to get caught. The fact that Balagueró is able to make us feel for this creepy bastard is alone a testament to his skill at a master manipulator behind the camera. 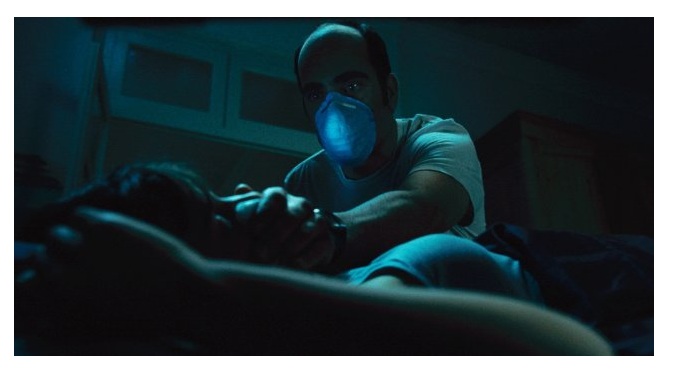 SLEEP TIGHT is expertly acted throughout with a stellar performance by Luis Tosar as the perverted peeper. His ability to churn a stomach, tingle a spine, and wrench the heart all at once exemplifies the actor’s range. Marta Clara does her job well as the object of Cesar’s desire, but the real standout female performance of the film is young Iris Almeida who plays the little girl in the building savvy to Cesar’s nighttime adventures. Some of the other actors I believe made appearances in the REC series. All around, this film is well done from the thespian perspective.

Numerous times in SLEEP TIGHT I felt my heart beating in my chest as Balagueró temps and teases with his camera, taking us to uncomfortable places with his perverse characters and forcing us to identify with them. As action-packed as the original [REC] was, SLEEP TIGHT is tension-filled and unrelenting. If you’re worried you wouldn’t be able to find horror on the more subtle side this Halloween, you can rest easy with SLEEP TIGHT. 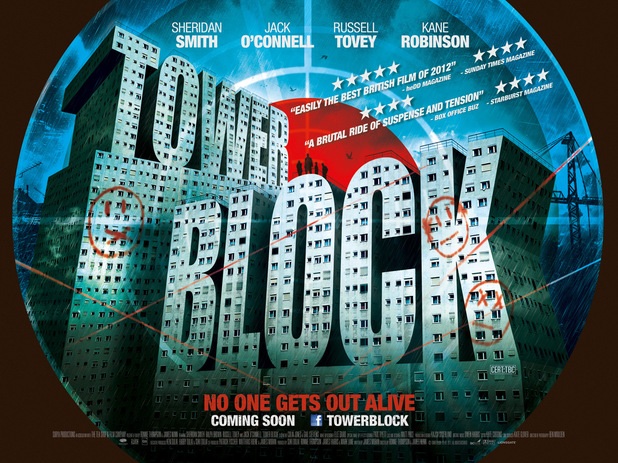 Another film with a claustrophobic feel is TOWER BLOCK (full review here) which was released this year. Though there were a lot of horror films taking place in tenement buildings; THE RAID REDEMPTION, JUDGE DREDD, ATTACK THE BLOCK, CITADEL, nothing in TOWER BLOCK feels stale as it trapps you on the top floor of a abandoned apartment complex and holds you for ransom with some fascinating and unconventional characters and a red laser sight that is more terrifying than the most toothy monster or decayed zombie.

Find it here and watch the trailer below!