Showing up at 17 is one of the best documentaries of the year by horror standards, CRYSTAL LAKE MEMORIES: THE COMPLETE HISTORY OF FRIDAY THE 13TH dissects and documents one of horror’s biggest franchises. Since we didn’t get a F13 film this year, this extensive look behind the hockey mask is the next best thing. 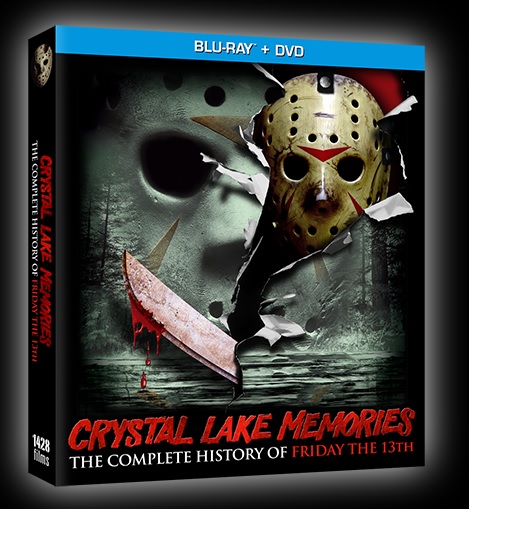 CRYSTAL LAKE MEMORIES: THE COMPLETE HISTORY OF FRIDAY THE 13TH (2013)

No true FRIDAY THE 13TH fan should go without watching CRYSTAL LAKE MEMORIES: THE COMPLETE HISTORY OF FRIDAY THE 13TH. As a fan of the series, it’s something I was dying to see from the first second I heard it was being made and knowing it was from the same folks you brought us NEVER SLEEP AGAIN, which looked at the entire A NIGHTMARE ON ELM STREET series, I knew the project was in good hands. 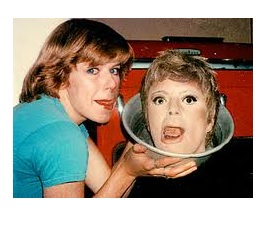 Based on the coffee table book of the same name, CRYSTAL LAKE MEMORIES by Peter M. Bracke, the doc clocks in at an expansive 7 and a half hours and looks at every film in the F13 series with painstaking detail in sequence. The book makes for a compelling read as we find out some juicy tidbits about each of the films, but seeing interviews playing out on camera makes for a much more compelling representation of the behind the scenes stories and with Daniel Farrands camera pointing at the actors, directors, make-up artists, and producers, the long and winding road from the inception of the first film in 1980 to the last remake which hit screens in 2009 has never been more fascinating.

Now, those of you who poo poo this series as lowest common denominator should just scroll on past this review. Only those who get that special tingle down their spine when they hear the “Ch-ch-ch-ha-ha-ha” or the “Kill-kill-kill-ma-ma-ma!” for the purists will understand the thrill it is to see almost every living cast member interviewed and almost every kill dissected in succession. While I will admit that the F13 franchise is simplistic, there’s some kind of perfection in the simplistic repetition of the FRIDAY THE 13TH films, but somehow, Farrands tells the story in a way to make them all distinct and interesting. 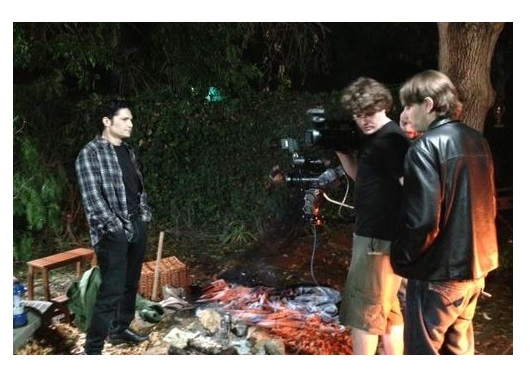 Narrated by Corey Feldman, CRYSTAL LAKE MEMORIES isn’t without its own sense of humor. All of those who worked on the series know they were not doing Shakespeare, yet all of them seem to have a mutual respect for the films and more importantly, seemed to have a lot of fun doing it despite harsh filming conditions, low budgets, executive pressures, and of course dangerous weapons and effects being brandished about. This fun is conveyed in the amount of times I laughed out loud at this film as it played the clips and the participants’ reactions.

Much like the format of NEVER SLEEP AGAIN (reviewed here), each chapter of the documentary focuses on one film in the series, focusing first on inception of the film, the production, actors stories, the actor playing Jason, notable deaths, and finally box office, audience, and critical reaction. Sure it’s a repetitious format, but these are repetitious films and by formatting them in this manner, each film stands out as unique. Again, those not in the F13 camp are not going to understand why this is a hugely important and entertaining filmic experience, but if you are like me and are among the devotees that love the series, I don’t need to tell you twice that CRYSTAL LAKE MEMORIES is one of the best films of the year.

13 EERIE is a surprisingly good film mixing ghosts with mad science with forensics and setting it in the middle of a cabin in the woods. The thing that stands out the most is the inspired and ultra-gory practical effects that make for an awfully good time. Plus it’s got Katherine Isabelle kicking all sorts of ass. Though it’s somewhat predictable, it’s got a lot to like and worth checking out. See my full review here.