Number 21 is one of those films that took me by surprise. There have been many Cabin in the Woods style films, but I DIDN’T COME HERE TO DIE is both funny and terrifying with some really fantastic performances by the talented cast and some gore you have to see to believe. 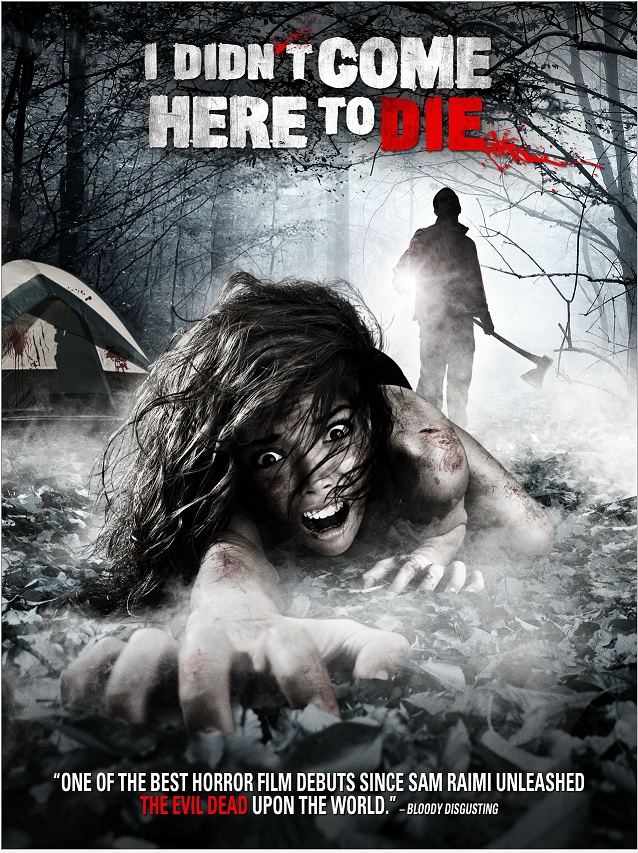 Just like you and I, writer/director Bradley Sullivan While has seen all of the “kids go into the woods and never come out” films that have been a solid staple of the horror genre. And instead of trying to reinvent the wheel, he just does a highly capable job of telling us that story and the results would make EVIL DEAD wish they were dead by dawn… 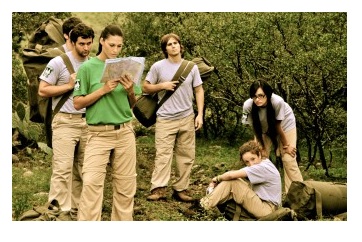 and make CABIN IN THE WOODS go hide…

OK, enough, cute pull quote wordplay. Simply put, this is a damn great horror film. Having seen I DIDN’T COME HERE TO DIE twice now, I know the film has a cemented spot near the top of my list of top horror films this year. . 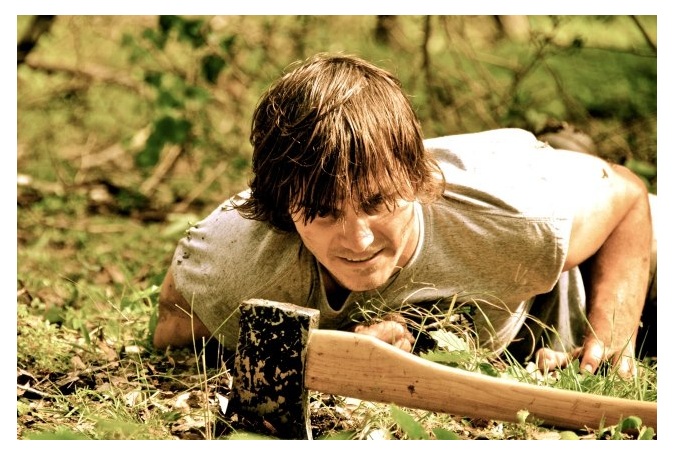 A huge component in why this film works is the cast. All capable actors, the stark differences within the cast make it all so fun to play out. The story follows a mismatched group of AmeriCorps types who go into a wooded area to stake out a campgrounds for a children’s summer camp. Some of them are there for noble intentions, others for community service, and others are just there for lack of anything better to do. Mixing the well and ne’er-do-well intentioned together is always fun, especially when you add alcohol and power tools. Soon the campers find that they are dropping one by one after one “accidental” catastrophe after another, and that’s pretty much all I want to share about the plot.

I will say that this is a gorehound’s all you can eat buffet. Chainsaws embed into skulls. Eyes are ripped out. Axes, machetes, and all sorts of edged and blunt weapons are utilized to the goriest effect. This is a film not for the squeamish, but though the gore is intense, it is done in such a ballsy manner that one can’t help but laugh out loud. There are moments that will make your toes curl and belly giggle all at once. 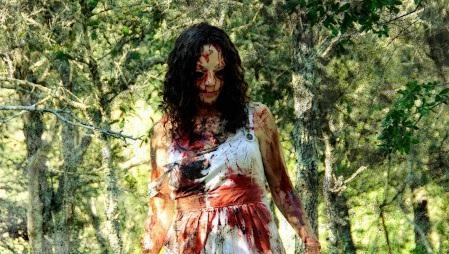 The blackest of humor is used throughout this film. Though not parody, I DIDN’T COME HERE TO DIE definitely acknowledged all of the woodland horror films we’ve been seeing of late. But Sullivan’s quick and sharp script makes those other films pale in comparison, making you feel as if you’re seeing something fresh and new.

Filmed with a grainy grindhousey lens, but still incorporating some pretty top notch effects, I DIDN’T COME HERE TO DIE is anything but your typical horror film. It’s a horror fan’s dream come true and well worth seeking out if you’re looking for a capable, effective, and fun horror flick!

For another twisted take on horror look no further than the Scooby-Doo come to bloody life flick SATURDAY MORNING MYSTERY(full review here), which showed up on my top thirty list last year and was finally made available for the masses this year. The film starts out like a campy ghost story but ends with a bloody backslap. One hell of a good time, that what today’s honorable mention is.

Number 31: TEXAS CHAINSAW 3D!
Number 30: DEVIL’S PASS!
Number 29: THE RAMBLER!
Number 28: THE AMERICAN SCREAM!
Number 27: BATH SALT ZOMBIES!
Number 26: MANBORG!
Number 25: ERRORS OF THE HUMAN BODY!
Number 24: SIGHTSEERS!
Number 23: ABC’S OF DEATH!
Number 22: THE LAST WILL & TEMSTAMENT OF ROSALIND LEIGH!
See ya tomorrow, folks, as the count down continues with the best of the best covered in AICN HORROR over the past year!