Now we’re getting to the meatier portions of the countdown. You might have missed this devious little treat from the director of KILL LIST when it was in limited release earlier this summer. But while KILL LIST I can acknowledge KILL LIST for its superior directing and script, I couldn’t help but be a bit underwhelmed and feel it didn’t live up to the hype placed upon it. That said, SIGHTSEERS mixes comedy and horror seamlessly and I feel is a much more superior film in terms of complexity of tone and maturity of style. While we wait for Ben Wheatley’s next work, enjoy this year’s Number 24. It’s a goodie. 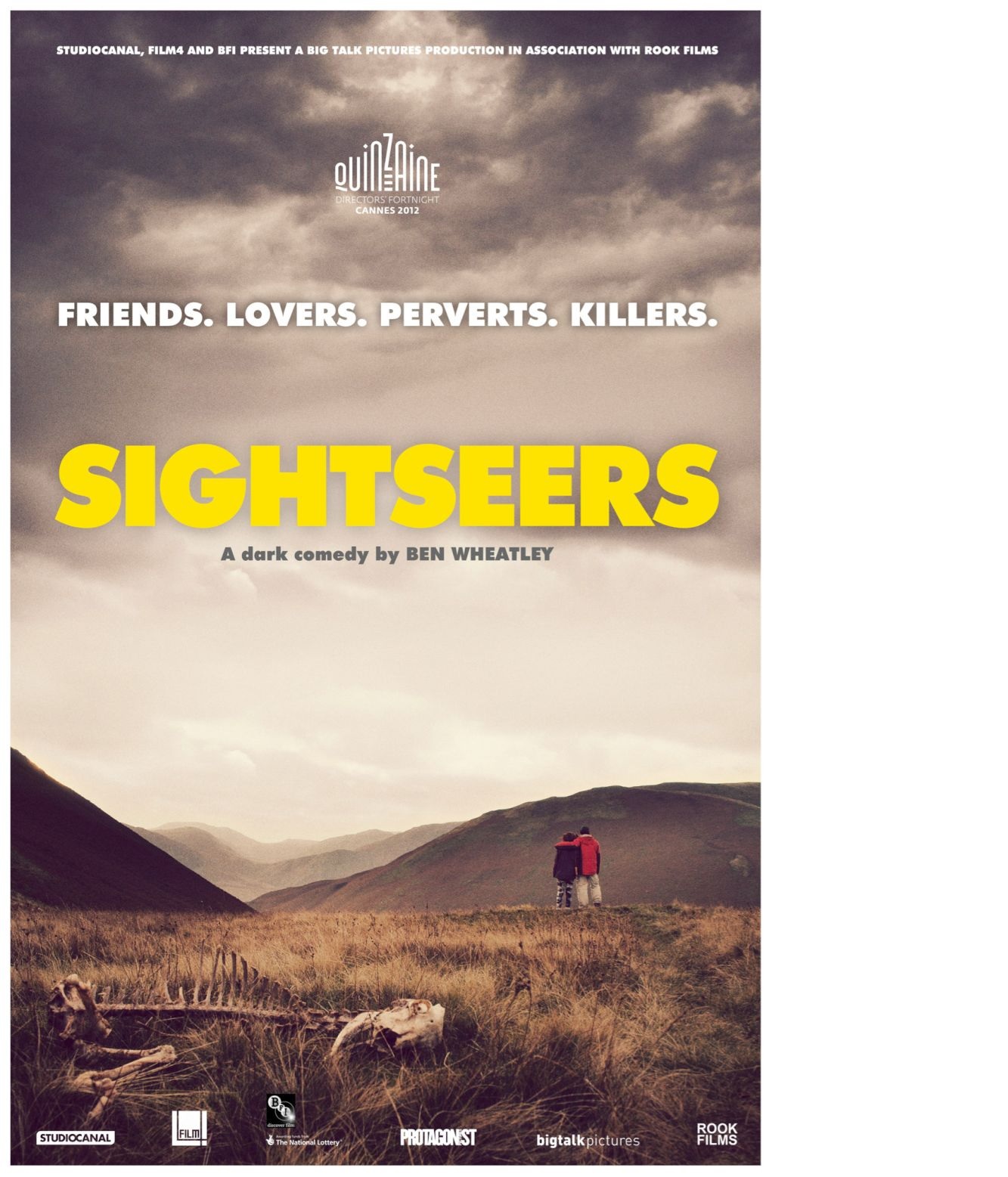 I wasn’t one of the horde who loved KILL LIST to death when it came out a while back. Aside from a very tense tunnel scene, some nice mood, and fine acting, I felt that there were way too many similarities to THE WICKER MAN to have so much praise heaped onto it. I can acknowledge it was a well made film, but didn’t really know what all of the hubbub was all about. Still, I can acknowledge that Ben Wheatley is a hell of a talented guy and was looking forward to seeing what he had up his sleeve next. 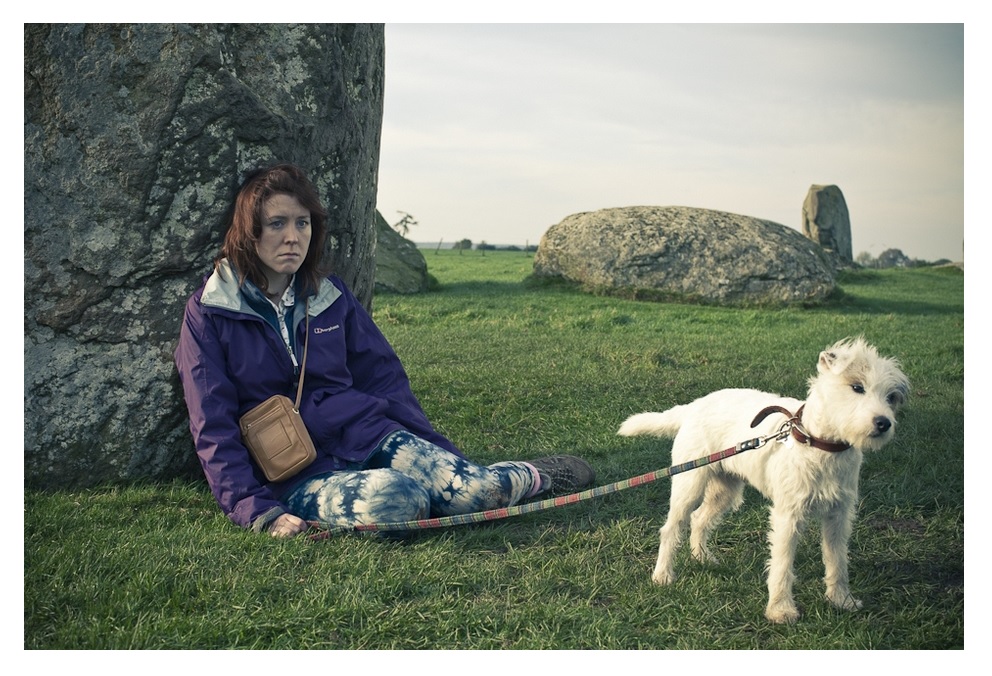 Now, I don’t think anyone would have been able to predict Wheatley would make a film like SIGHTSEERS as his follow-up to KILL LIST, but one thing is for sure, SIGHTSEERS proves that Wheatley has the chops to possibly do everything and everything. SIGHTSEERS shifts the dire tone we saw in KILL LIST to that of a pitch black comedy. The film opens with an elderly mother moaning over and over in protest that her daughter Tina (Alice Lowe from Wheatley’s previous film) is about to leave on a holiday with her new boyfriend Chris (Steve Oram who was also in KILL LIST). It’s a hilarious scene as Tina stands just out of her mother’s sight mocking her mother and silently showing us that the moans are driving her crazy. When Chris shows up, it’s obvious mum doesn’t like him and one of the more hilarious threads through the movie is the lengths Tina’s mom will go to sabotage any chance that Tina will be taken away by this new boyfriend.

But the best part about Tina’s character is that she is ever the optimist. Even when Chris accidentally kills an obnoxious man by backing over him with his mobile home, Tina shows an unflappable half-full attitude. But when the bodies start piling up, Tina’s chipper mood is tested to its limits.

Lowe and Oram are fantastic as this couple who just want to get away from it all, but seem destined to leave many, many bodies in their wake. At first, the killings are accidental, but watching Tina become at first fascinated with Chris’ propensity for murder then overwhelmed by it all is an amazing character study amidst all of this humorous carnage. While Chris seems ok with it all, Tina is the one who shows the most depth as she tries to cope with being the cause of so many lights being snuffed out. Lowe is fabulous in this role, making us root for her despite the fact that Tina is obviously a pretty fucked up individual, becoming more and more messed up the longer she gets to know Chris’ dark side.

Though things get pretty serious in the third act, SIGHTSEERS maintains its black sense of gallows humor right up to the shocking ending, which I should have seen coming, but still surprised the hell out of me. Ben Wheatley has proven here that not only can he set a dire tone, but he has the power to make us both uncomfortable and jiggle with laughter all at once. Though themes of modern witchcraft are carried over from KILL LIST, this is a completely different kind of movie, showing us that Wheatley is very much a force to be reckoned with able to shock us, make us laugh, make us shiver, and most importantly keep us entertained all the way through. I highly recommend SIGHTSEERS for those who like their comedy devilishly black. 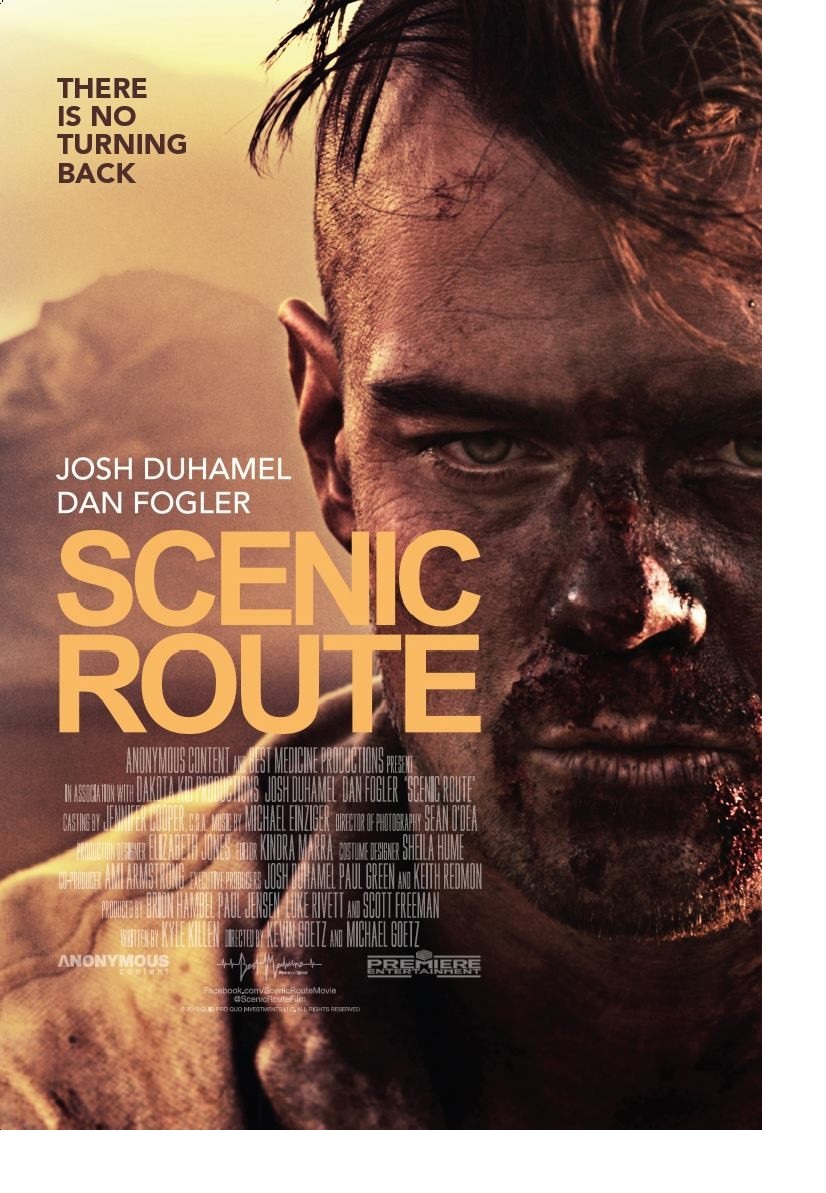 Looking for more tourism horror? How about SCENIC ROUTE (full review here) with the unconventional pairing of Josh Duhamel and Dan Fogler? At first glance, one would think this has the makings of a kooky road comedy, but this one goes deep and dark and ends with a finale that really made me stand up and notice this one. The interaction between Fogler and Duhamel is pretty fun and when they start to tear each other apart verbally and literally, this movie does not hold back.

Find it on Netflix here and the trailer is below!

Number 31: TEXAS CHAINSAW 3D!
Number 30: DEVIL’S PASS!
Number 29: THE RAMBLER!
Number 28: THE AMERICAN SCREAM!
Number 27: BATH SALT ZOMBIES!
Number 26: MANBORG!
Number 25: ERRORS OF THE HUMAN BODY!
See ya tomorrow, folks, as the count down continues with the best of the best covered in AICN HORROR over the past year!