Usually on this countdown there’s at least one indie underdog that I can’t help but add to the list. In this case, I want to recommend all of the films by Dustin Wade Mills (which include NIGHT OF THE TENTACLES, ZOMBIE A-HOLE, and PUPPET MONSTER MASSACRE), but most specifically BATH SALT ZOMBIES. Not only for coming out mere months after the real life Florida bath salt maniac incident, but also for the sheer craziness that Mills was able to inject into it. I’m sure we’ll be seeing a lot of Mills’ work in the future as the guy has a kinetic style and seems to be overflowing with creativity on a modest to no budget. But BATH SALT ZOMBIES is a beast all it’s own that deserves a wider audience and a spot on this countdown. I recommend this one to those of broader minds and those who lack the tendency to look down upon a film just because the budget it low. 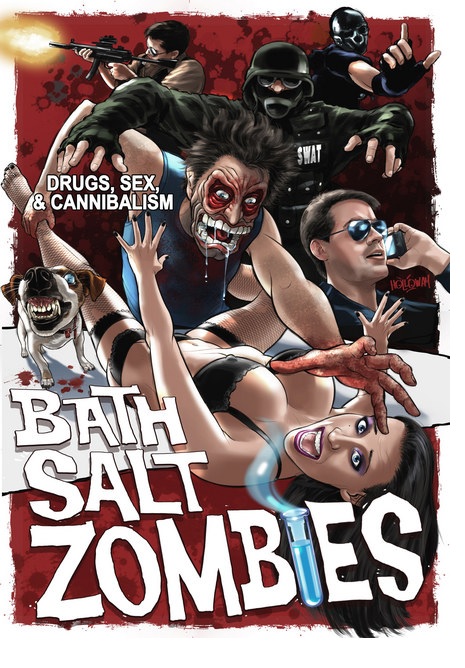 Dustin Wayde Mills is starting to be a director who makes my eyebrows rise whenever I see his name on a project. The director of the twisted PUPPET MONSTER MASSACRE (reviewed here), more twisted ZOMBIE A-HOLE (reviewed here), and pretzeline twisted NIGHT OF THE TENTACLES (reviewed here) has once again birthed a truly twisted creation ripped from the headlines. I’m talking about BATH SALT ZOMBIES. 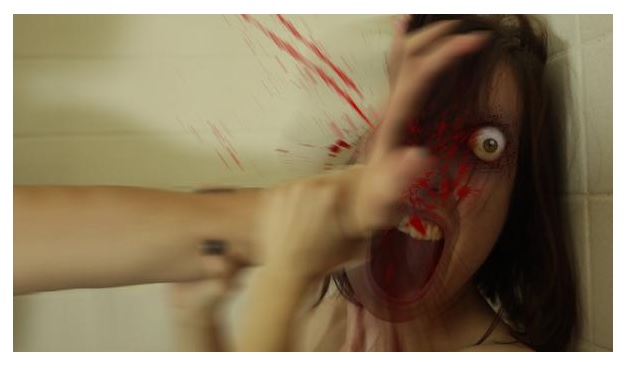 If you’re a self-respecting horror fan, you paid attention to the horrific news reports from Florida a few months ago as a homeless man fell victim to a man hopped up on bath salts. Now, not that I condone such intake of horrific drugs or the heinous acts that those who did inflicted on others, but when rumorings of a zombie apocalypse hit the major airwaves, this horror fan paid close attention.

Now, I don’t want to oversell this film. It’s low budget and seems to have been hastily made in order to stay relevant to headlines, but dammit if Dustin Wayde Mills doesn’t make every minute of this film fun despite its low budget. From its beginning moments which mock REEFER MADNESS in a crudely animated short, to the grindhousey way the camera a la TRAFFIC follows the bath salts drug from the dealer, to the user, to the cops who bust them, Mills does a fantastic job of covering it all with vibrant colors, vivid camerawork, and an assault to all senses via a kick ass punk rock soundtrack. 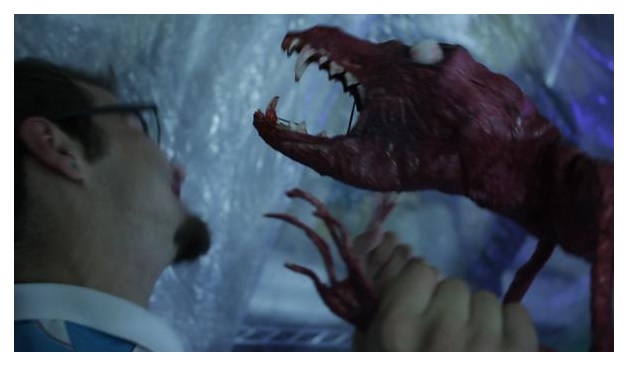 My two favorite moments of this film take the viewer on a trip experiencing what it might be like to ingest bath salts. One follows one addict (NIGHT OF THE TENTACLES’ Brandon Salkil) through his own bleary eyes as he looks around the room, feelings of paranoia overcoming him. Mills does an amazing job of conveying the feeling of paranoia here and does it better than I’ve seen in many films attempting to do so. The final frantic moments of BATH SALT ZOMBIES are what most will talk about as animation and real life blend as Salkil takes on an entire team of police officers, tearing through them in slo mo gore that would make Zack Snyder cream his dungarees. Again, Mills disconnects the viewer from reality and takes us through every gruesome step of carnage by one man hopped up on bath salts. It’s a gory, gross, cartoonish sequence that amps the action to RIKKI-O proportions.

Far, far, far from good, no best of list is complete without some mention of the phenomenon that was SHARKNADO (full review here), which gave new meaning to the term “so bad, it’s good.” Not being the biggest fan of most of the ScyFy movies that hit the TV screens which gene splice one terrifying animal with another and then put them up against z-list actors on a weekly basis, I had to give props to the lightning in a bottle that was captured when they came up with the concept of this film. Again, do not mistake this film to be a good one, and you might just have some fun with it.

See ya tomorrow, folks, as the count down continues with the best of the best covered in AICN HORROR over the past year!