The internet gets its first look at THE HOBBIT's Beorn in his human form!

Ahoy, squirts! Quint here. The internet got its first look at Beorn's human form today. Below you'll see Mikael Persbrandt pre-bear transformation. What you don't get a sense of is his stature. There's a reason Beorn (pronounced Bey-orn, by the way, not Bjorn) is one of the only beings in Middle Earth that intimidates Gandalf. He's huge!

In my time on the set I did get to see Mikael up close and the makeup is crazy! His wig alone is insane... my first impressions of him on the set was that he looked like something David Bowie would dream up... in a good way. I like that they're going with a human form that is more animalistic instead of him just being a regular guy that just happens to shapeshift into a bear.

Very much looking forward to seeing how he comes across in both forms when The Hobbit: The Desolation of Smaug is released this December. Hat tip to badtaste.it for finding the image and posting it online. 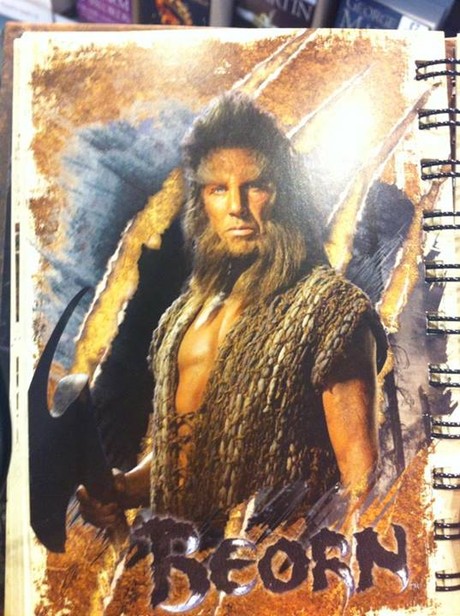