Logo by Kristian Horn
What the &#$% is ZOMBIES & SHARKS?
Greetings, all. Ambush Bug here. Happy Birthday to AICN HORROR which celebrates its fourth year in October! Always hoping to pass on new and exciting films for all of you ravenous readers, I have once again compiled a list counting down to my favorite horror film released since last October and covered in this here AICN HORROR: ZOMBIES & SHARKS column. Some of these films might be new to you since there isn’t a lot of horror in theaters these days that aren’t toothless remakes or watered down sequels. Theaters just doesn’t seem to be the place where the horror is at these days, I’m sad to say. Some of these films have only seen the light of day on Video on Demand or simply go straight to DVD/BluRay pr digital download.

Though Renny Harlin is not a director I often associate with high quality cinema, I do have a soft spot for his early films CLIFFHANGER and PRISON. Harlin mixes the snow with the supernatural again with DEVIL’S PASS also known as THE DYATLOV PASS INCIDENT which delves into the real life mystery of a group of Russian explorers who were killed by unknown means. It’s a mystery to this day has people baffled and though Harlin’s explanation is pretty far fetched, it does make for a very fun roller coaster of a film. 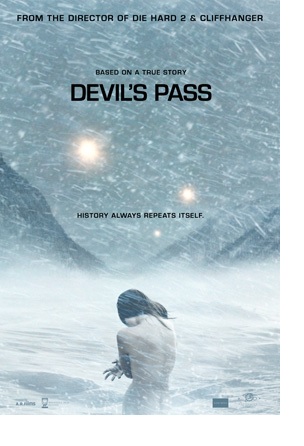 These days, most horror fans wish found footage films were never found, and with the inundation of these cheaply made films in the past few years, I understand the sentiment. Still, a good movie is a good movie, found footage film or not, and a likable cast and some pretty gripping moments of horror and suspense make DEVIL’S PASS, formerly known as THE DYATLOV PASS INCIDENT, footage you might find interesting. 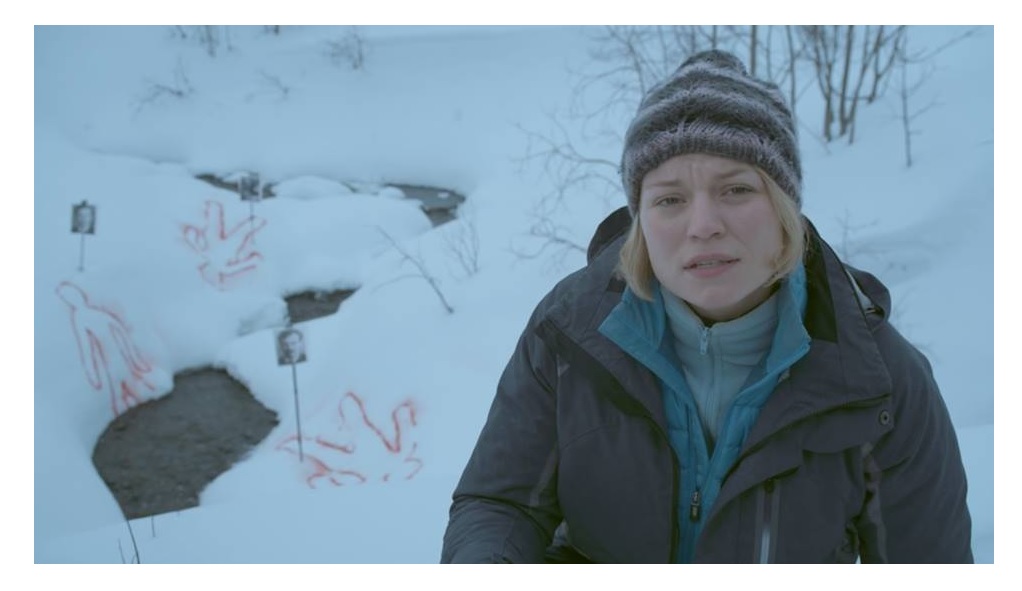 Directed by CLIFFHANGER, DIE HARD 2, and NIGHTMARE ON ELM STREET 4 director Renny Harlin, one might think a director of this caliber would shy away from filmmaking often reserved for first time and amateur filmmakers. While THE BAY proved to be somewhat of a disappointment despite the fact that it was directed by an established director like Barry Levinson behind the camera, DEVIL’S PASS shows the scruffy Finnish Harlin going back to his more renegade style of filmmaking which landed him his chance at doing NIGHTMARE 4 in the first place. Here, Harlin is able to capture big thrills and avoid a lot of the contrivances often found in these types of films.

Sure, occasionally the camera falls in just the right spot one or two times in order to capture some key scene and there might be an occasional moment where the cameraman should probably drop the camera and run for his life instead of filming, but these moments are few and far between and Harlin keeps the action moving at a breakneck pace from the beginning of this school trip, which hopes to follow the exact route a team of explorers took in 1959 only to be found soon after, dead by mysterious means in the snow. The fact that this incident is a real mystery only adds to the ominous tone Harlin creates. 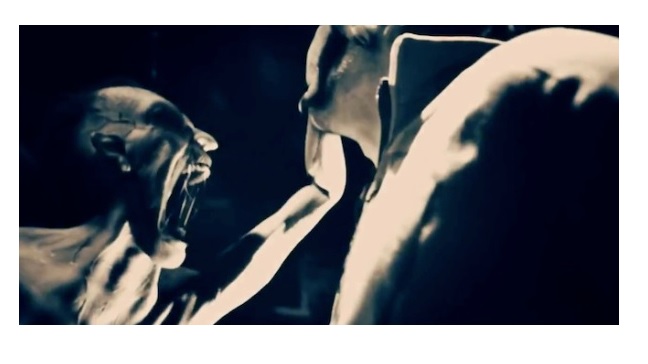 While everything from nuclear testing to UFOs comes up as possible explanations for the explorers deaths, Harlin crams a whole bunch of them into one potent mixture with ingredients I’ll keep secret since I think the combination of these elements make this film all the more special. All I can say is that somehow, Harlin makes it all work and comes up with a possible albeit far-fetched explanation as to what happened to the explorers and the students following in their footsteps in this film. Sure the explanation presented here is not very probable, but it makes for an entertaining yarn nevertheless.

The likable cast led by the spunky Holly Goss is better than most actors found in these types of films and does a good job at keeping everything flowing naturally. I also loved the things that happen in the periphery and behind the filmmakers that they don’t notice, such as creatures crawling through the snow in the background or through a tunnel in the distance. This adds more to the found footage aspect because it again embraces the immediacy of something accidentally caught on camera without it feeling staged. Add in some decent (yet not perfectly rendered) CG monsters and other fantastic effects and you’ve got a truly unique found footager that is a cut above the low budget fodder usually found in this genre. This one is definitely one of the better caught on camera style films I’ve seen this year and makes for a thrilling ride pretty much from its ominous start to its wickedly clever finish.

Filled with effects on par with those you see in Spielberg’s JURASSIC PARK films but most likely done on a fraction of the budget is THE DINOSAUR PROJECT, a truly surprising little gem I reviewed at the beginning of the summer. Though many are tired of the found footage motif, when it’s done this creatively and capably, I don’t mind it at all. With a promising cast and a fun and twisted plot, I guarantee this little film will surprise you.


THE COUNTDOWN SO FAR!
Number 31: TEXAS CHAINSAW 3D!
See ya tomorrow, folks, as the count down continues with the best of the best covered in AICN HORROR over the past year!