Quick update here on Paramount’s upcoming reboot/remake/sequel TERMINATOR trilogy. They announced today that the release date of the first film has been pushed back a week. It will now open on July 1st, 2015.

Expect a lot more shuffling with the 2015 release schedule. We recently learned that PIRATES OF THE CARIBBEAN was delayed from its planned July 2015 release, JURASSIC WORLD will open June 12th, 2015, and ANT-MAN is now dated for July 31, 2015. Plus, we still don’t know where the planned 2015 release of STAR WARS: EPISODE VII will take place.

With this move though, the new TERMINATOR film is now scheduled to go up against INDEPENDENCE DAY 2, I highly doubt that will happen but that is what is on paper right now. I think Paramount is expecting Fox to delay INDEPENDENCE DAY 2 to 2016 for the 20th anniversary of the original (and I do too). Right now, I think our only sure dates right now are THE AVENGERS: AGE OF ULTRON on May 1st, 2015 and the BATMAN/SUPERMAN film on July 17th, 2015, so expect more tinkering with the jam packed summer 2015 schedule. 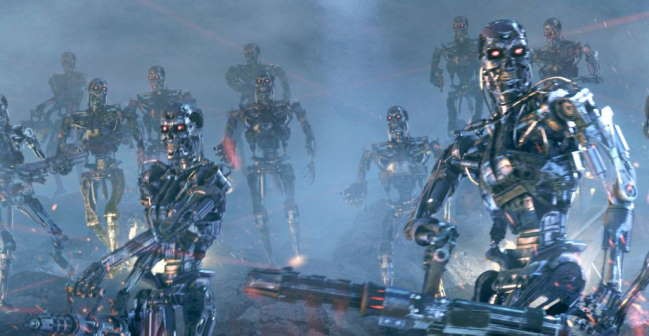