A UPN Exec Wanted Boy Bands To Sing On The Enterprise Every Week!! The NX-01 Wasn’t Going To Leave Earth Until Season Two!! And 100 Other Things Hercules Learned From The New Season-Two STAR TREK: ENTERPRISE Blu-ray!! 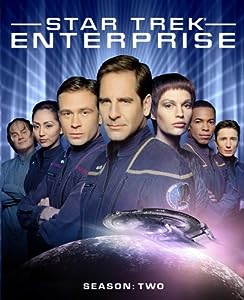 The extras on the new “Enterprise” season-two Blu-ray

afford hindsight and a rare candor unlikely to have been tolerated during production of the series, when the 2005 season-two DVD set was being produced.

A breakdown of the four new documentaries on the new Blu:

In Conversation: The First Crew (93:49) reunites series co-creator Brannon Braga with all seven series regulars. Braga believes this is the first time all eight sat together since the pilot’s table read. A ninth individual (not co-creator Rick Berman) makes a surprise appearance half an hour in. Braga says Berman did not participate in this roundtable because “Roger” (presumably documentary writer-director-producer Roger Lay Jr.) was not able to get hold of him! Learn:

* Braga and Berman originally pitched that the first season of “Enterprise” would be essentially Earthbound -- and the NX-01 would not leave Earth orbit until the first-season finale. The first season would deal with the building of the ship as well as everything that was in the pilot: Earth’s first encounter with a Klingon, the Vulcan politics, and the gathering of the crew. Studio execs firmly rejected this idea.

* FutureGuy, Ensign Daniels and the Temporal Cold War elements were included in the first season because Paramount execs balked at the idea of making “Enterprise” a pure prequel. The time-travel element allowed “Enterprise” to serve as both a prequel and a sequel to its four predecessor series. Braga says he found the Temporal Cold War elements of the series “strangulating.”

* Braga says he would not have agreed to this new roundtable had Jolene Blalock not participated, and he believed there was a very real chance she would cancel.

* When San Jose-reared Linda Park landed her role she had only been in Los Angeles three months, and had only worked one day on “Jurassic Park III” and one day on the WB series “Popular” (which starred Anthony Montgomery). Park never auditioned for “Enterprise”; she was hired based on her “Popular” scene with Montgomery in which she played a “racist shopgirl.”

* Park watched TNG in high school and notes she was “scared shitless” her first day on set.

* The role of Hoshi was difficult to cast. Park says she was under the impression Latina actresses had been considered for the part of Hoshi. Braga denies this.

* Braga still clings to hope the show will come back. (Connor Trinneer wonders aloud if his deceased character would be invited back.)

* Scott Bakula made an apparently unusually angry phone call to Braga over the Riker-centric “Enterprise” series finale Braga penned. (Braga now claims adding the TNG homage to the finale was his biggest regret regarding “Enterprise.”)

* John Billingsly wasn’t sure if a squawk he created for Phlox in his audition would make it into the series. It ultimately did not.

* Blalock admits she was frustrated by the ambiguous nature of T’Pol’s relationship with Trip.

* Braga says he loves Berman but sometimes chafed under his leadership. He says their relationship grew “complicated” once “Enterprise” ended. (Should I ever get the opportunity to interview Braga, my first question will be, “Complicated how?”)

* Billingsly says he hates the original series’ Frank Gorshin episode “Let That Be Your Last Battlefield” because it was too “on the nose.”

* A not-Braga producer (Berman?) upset Bakula during the pilot shoot when he told Bakula that Star Trek captains can’t bleed. (Which only makes me remember the episode in which the shaman Salish points at Kirk and declares, “Behold a god who bleeds!”)

* Bakula seems to indicate he prefers the series’ third and fourth seasons, which he thinks turned grittier in the shadow of 9/11. He calls those seasons “incredible.”

* Braga says the highly serialized third season was the first season in which he “enjoyed writing every single episode.”

* “I always thought season four should have been season one,” laments Braga. Billingsly says knowing the fourth season was the last reduced studio input and gave the writers a greater freedom that improved the series.

* Bakula also thought there should have been a longer break between “Voyager” and “Enterprise,” and Berman apparently agreed – but Paramount was determined to mount the next series quickly with or without Berman.

* Montgomery remembers that “Enterprise” was UPN’s highest rated show at the time it was cancelled. (Looking at UPN’s 2004 primetime grid, which included such forgettable shows as “Kevin Hill” and “Eve,” it’s not hard to understand why.) Bakula believes “Enterprise” would have run seven years had it been syndicated rather than affixed to the UPN grid.

* Blalock still has her ears and her uniforms (which she says she stole). Combs says he still has Shran’s boots.

* Bakula says he was not permitted to take his uniform with him at series end, then years later found himself autographing that very uniform (now somehow owned by a fan).

* “Genesis,” in which the crew turns into animals, was one of Braga’s least favorite episodes. As was one set on the pleasure planet Risa.

* None of the panelists appears to have enjoyed the series’ title song, though Blalock says she found the lyrics appropriate.

* Braga remembers firing most of the “Enterprise” writing staff between the first and second seasons.

* “Never had I felt more acutely the loss of [longtime writing partner] Ron Moore,” remembers Braga of his early days on “Enterprise.”

* Braga says his long friendship with Moore, which had imploded during the production of “Voyager,” had been mended by the time “Enterprise” went into production, but Moore was busy at the time with other, non-Trek projects (notably “Good Vs. Evil,” “Roswell” and “Battlestar Galactica”).

* Writer Chris Black, who survived the first-season purge, was close to a lot of the writers Braga fired.

* “I think part of the problem, honestly, was being stuck with this fucking standalone-episode shit was really crippling us creatively,” says Braga of “Enterprise’s” early seasons. “Star Trek was primed to do something different. [‘Enterprise’] should have done something different from the beginning.” Braga says the show should have been Earthbound in season one and should have employed serialized storytelling from the get-go. “I blame the studio for pushing us to do more of the same,” admits Braga.

* “I don’t know how you can do a show called ‘Star Trek’ and set it on Earth,” points out writer Sussman, “but the show at the beginning wasn’t called ‘Star Trek’.” True. The show in its first season was just “Enterprise.” It was retroactively retitled “Star Trek: Enterprise” (in the proud and angry tradition of “A New Hope”) long after many people had already seen it under the real title.

* Berman says he would always veto a storyline in which a crewman’s legs were blown off because that would not be true to Gene Roddenberry’s vision. (Tell it to Captain Christopher Pike, loudly beeping from his corner of the room.)

* Black says it was frustrating to the writing staff “that we never got to kill anybody.” He says people got killed in “The Right Stuff” and that’s how the sense of danger was conveyed. (I’ll add there were these guys called “Red Shirts” in the original series.)

* Billingsly concurs, opining that the prototype transporter malfunctions could have been more grisly. Black laments the day producers informed him that the ship’s transporter was no longer a dangerous device.

* Goodman suggests the series might have been better served by depicting how Earth ended war and hunger and poverty rather than casually referencing that all that trouble was done and fixed.

* Sitcom vet Goodman, who’d written for 1997’s “Team Knight Rider” and nearly a dozen sitcoms, says Berman and Braga hired him in part for his comedy background. His first assignment was writing dialogue for a TV sitcom heard in the 1957-set episode “Carbon Creek.”

* Braga remembers Goodman’s first script – 2.11 “Precious Cargo,” which depicted Trip falling for hot extraterrestrial royalty played by a pre-“Top Chef” Padma Lakshmi – as one of the worst Trek episodes ever.

* Hoshi was supposed to be a woman in her thirties before a 23-year-old Park was cast.

* Park and Montgomery were quick to understand that their characters would never be as prominent as Archer, T’Pol and Trip.

* Bakula apparently shakes the hand of every member of the crew on every day of shooting.

* Berman, unaccustomed to getting notes from any executives, quickly learned that these new execs really believed in notes, while Berman found them “exhausting.”

* One exec, says Braga, pitched the idea that a different boy band would board the Enterprise and perform a musical number each week.

* Berman says he implemented many of the network’s notes and ignored many others.

* Braga seems to suggest that had this new regime not taken over UPN, “Enterprise” might have enjoyed a seven-season run.

* Sussman says he wishes “Enterprise” had more hatewatchers; were there enough of them the series would still be on the air.

* One fan mailed a cardboard box full of rotting garbage to the “Enterprise” production offices with a note: “This is what you’ve done to Star Trek.”

* Braga said it was Viacom CEO Jonathan Dolgen, apparently also a huge Star Trek fan, who gave the staff permission between seasons two and three to “shake things up.”

* A season-long story allows writers to elevate the stakes enormously, says Braga, because fans would revolt if the Enterprise saved Earth every week.

* Black says Berman and Braga cooked up the season-long Xindi storyline without consulting the rest of the writers.

* Braga says when he brought longtime “Deep Space Nine” head writer Ira Steven Behr into the “Enterprise” offices in hopes of luring him onto the senior staff, Behr “shit all over the show. I mean, he shit on the show like I’ve never heard.”

2.24 “First Flight” with Chris Black and Mike and Denise Okuda.

The new Blu-ray set also includes all the many commentaries and standard-definition extras from the 2005 DVD release. Paramount’s complete six-disc run-down:

·       Audio Commentary by John Billingsley and Bonita Friedericy on “Regeneration”—NEW!

·       Audio Commentary with Chris Black and Mike and Denise Okuda on “First Flight”—NEW!

·       Audio Commentary by Michael Sussman and Phyllis Strong (2005) on “Regeneration” 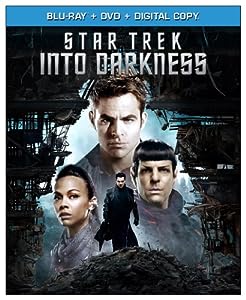 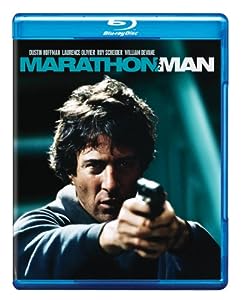 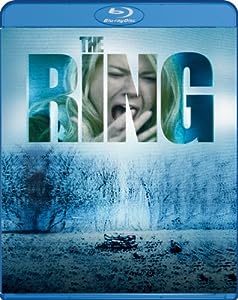 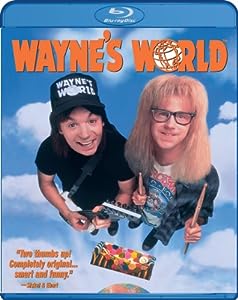 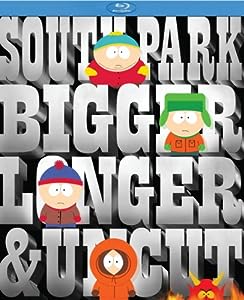 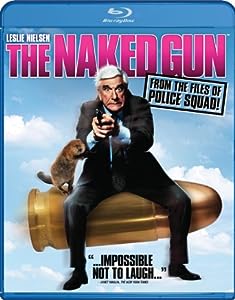 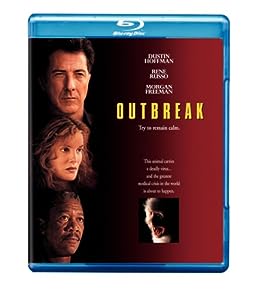 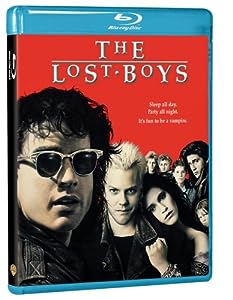