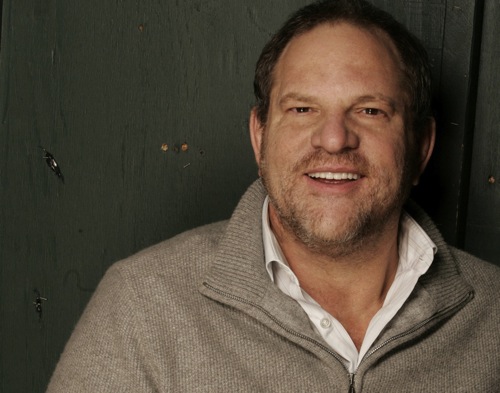 As one of the driving forces behind the independent film revolution of the 1990s, Harvey Weinstein should be regarded as a hero of modern cinema. But the producer/distributor has a problem that's dogged him throughout his career: he thinks he's an editor.

Weinstein's post-production interference is legendary, especially when it comes to Asian films. There was the dubbing disaster of Hayao Miyazaki's PRINCESS MONONOKE, the savaging of Stephen Chow's SHAOLIN SOCCER (from which twenty-three minutes were haphazardly jettisoned) and the attempted truncation/burial of Zhang Yimou's wonderful HERO (which spent two years on the shelf before Quentin Tarantino intervened). To Weinstein's credit, he has been upfront about his meddling. "I'm not cutting for fun," he told the The New Yorker in 2002. "I'm cutting for the shit to work. All my life I served one master: the film. I love movies."

This is a laughably arrogant notion that assumes master filmmakers like Miyazaki, Zhang and Chow don't know what "works". Weinstein would probably counter that they don't understand what works for Western audiences, to whom he's attempting to market these strange films populated with people who talk funny. But if you really love movies, how can you in good conscience shave a Zhang Yimou film down to its most salable elements? At this point, you're doing both the director and the moviegoer a disservice: the former's vision is compromised, while the latter gets stuck with a generic piece of product.

The latest films to undergo the Harvey Scissorhands treatment are Wong Kar-wai's THE GRANDMASTER and Bong Joon-ho's SNOWPIERCER. These are pictures by two world-class, award-winning filmmakers who are renowned for being meticulous in every aspect of production (sometimes to a fault in Wong's case); they're visual storytellers who take great pains in the establishing of motifs that pay off beautifully as the tale progresses. Forcing them to yank whole chunks out of their movies for fear of alienating American audiences with their daunting otherness is outrageous.

We've known for a while now that The Weinstein Company will be releasing a slightly abbreviated cut of THE GRANDMASTER, which is disappointing but not terribly surprising given the film's mixed critical reception. But now we're hearing, via esteemed British film writer Tony Rayns, that Weinstein has ordered Bong Joon-ho to take twenty minutes out of SNOWPIERCER for its theatrical release in the U.S., England, Canada, Australia, New Zealand and South Africa. Though the post-apocalyptic sci-fi film has received rave reviews (while cleaning up at the Korean box office), Weinstein evidently believes the English-speaking world is too stupid to appreciate it at its intended length. Here's how Rayns explained the situation to IF Magazine:

TWC people have told Bong that their aim is to make sure the film ‘will be understood by audiences in Iowa ... and Oklahoma.' Leaving aside the issue of what Weinstein thinks of its audience, it seems to say the least anomalous that the rest of the English-speaking world has to be dragged down to the presumed level of American mid-west hicks.

SNOWPIERCER stars the highly marketable Chris Evans, and features an impressive supporting cast that includes Tilda Swinton, Ed Harris, Jamie Bell, Song Kang-ho, Octavia Spencer, John Hurt and Ko Ah-sung. The Hollywood Reporter praised its "universally comprehensible theme and accessible aesthetics", but, fuck it, Weinstein still thinks Bong could stand to lose an entire reel. What's the upshot for TWC? I suppose it's possible they could eke out one more screening per day at 106 minutes, but why treat SNOWPIERCER like a one-weekend smash-and-grab ala SCARY MOVIE V? If the film isn't commercial at 126 minutes, it's not going to become magically accessible at 106. But if the film is fine as is, serve your master, Harvey. Show us that you love movies, and release Bong's cut. The director of MEMORIES OF MURDER, THE HOST and MOTHER deserves better, and so do we.