Check out this Full-Sized Sentinel from DAYS OF FUTURE PAST!

A few weeks ago, we got a sneak peek at a Sentinel head from the upcoming X-MEN: DAYS OF FUTURE PAST. It sort of gave us an idea of what the iconic robots would look like in Bryan Singer's upcoming return to the franchise. (Personally I think he looks kind of sad).

Today, Singer tweeted a picture that gives us a much better idea of what the Sentinels will look like. Check it out: 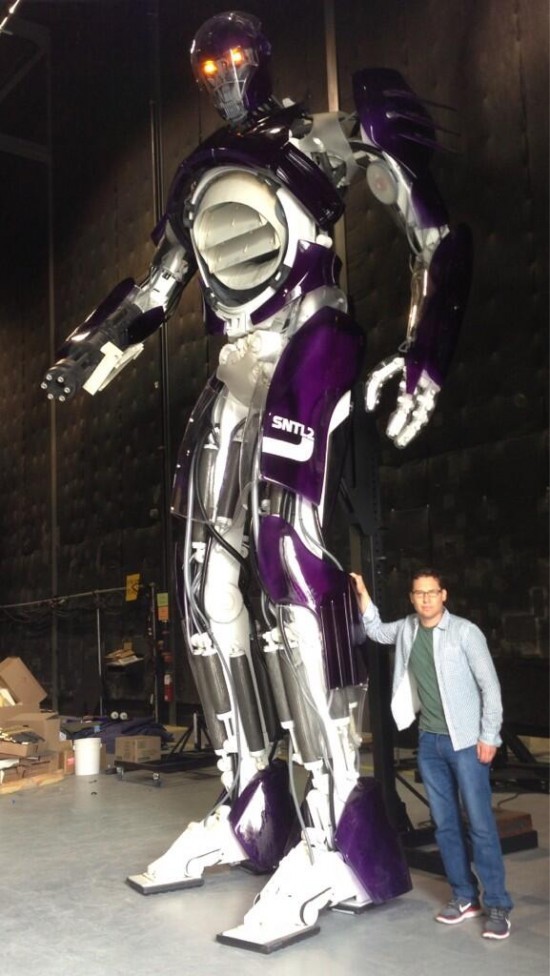 I like that Singer is going all-out here, and making them massive (though not Pacific Rim-level massive. Gipsy Danger could still kick its ass in a fight). But still huge - the Trask Industries viral site lists them as being 18 feet tall, so they're not playing around.

The Sentinels are something of an iconic image from X-Men comics as major part of the anti-mutant technology originally developed by Trask Industries, and will play an important plot element in DAYS OF FUTURE PAST.