Warner Bros has officially announced an Extended Edition of THE HOBBIT: AN UNEXPECTED JOURNEY to be released on VOD on October 22, 2013 and then on Blu-ray 3-D, Blu-ray and DVD on November 5th, 2013. Here is the  press release:

Fans of Middle-earth will have the opportunity to gain a broader experience of The Hobbit: An Unexpected Journey, from Academy Award®-winning filmmaker Peter Jackson, when the epic fantasy adventure is released as an Extended Edition on Digital Download October 22nd and on Blu-ray 3D, Blu-ray and DVD on November 5th from Warner Bros. Home Entertainment (WBHE). A production of New Line Cinema and Metro-Goldwyn-Mayer Pictures, this new cut includes 13 minutes of extra film footage that extends individual scenes, making this the must-see, definitive version for fans. All disc versions of the Extended Edition include nearly nine hours of new bonus features and will be available just ahead of the December 13 theatrical release of the second film of the trilogy, The Hobbit: The Desolation of Smaug.

“I’m thrilled that the Extended Edition will give fans the opportunity to experience certain key scenes in the film as they were originally shot, as well as an abundance of special features,” said Jackson. “It’s exciting to present this expanded and enriched version of ‘An Unexpected Journey’ to allow fans to fully immerse themselves in the movie, before seeing the second part of the trilogy.”

The first of a trilogy of films adapting the enduringly popular masterpiece The Hobbit, “The Hobbit: An Unexpected Journey” was nominated for three Academy Awards®.

The Hobbit: An Unexpected Journey is the first in Peter Jackson’s highly anticipated trilogy adapting the enduringly popular masterpiece The Hobbit, by J.R.R. Tolkien.

The adventure follows the journey of title character Bilbo Baggins, who is swept into an epic quest to reclaim the lost Dwarf Kingdom of Erebor from the fearsome Dragon Smaug. Approached out of the blue by the Wizard Gandalf the Grey, Bilbo finds himself joining a company of 13 Dwarves led by the legendary warrior, Thorin Oakenshield. Their journey will take them into the Wild, through treacherous lands swarming with Goblins, Orcs and deadly Wargs, as well as a mysterious and sinister figure known only as the Necromancer.

Although their goal lies to the East and the wastelands of the Lonely Mountain, first they must escape the Goblin tunnels, where Bilbo meets the creature that will change his life forever…Gollum.

Here, alone with Gollum, on the shores of an underground lake, the unassuming Bilbo Baggins not only discovers depths of ingenuity and courage that surprise even him; he also gains possession of Gollum’s “precious” ring that holds unexpected and useful qualities…A simple, gold ring that is tied to the fate of all Middle-earth in ways Bilbo cannot begin to know.

The screenplay for The Hobbit: An Unexpected Journey is by Fran Walsh & Philippa Boyens & Peter Jackson & Guillermo del Toro, based on the novel by J.R.R. Tolkien. Jackson also produced the film, together with Carolynne Cunningham, Zane Weiner and Fran Walsh. The executive producers are Alan Horn, Toby Emmerich, Ken Kamins and Carolyn Blackwood, with Boyens and Eileen Moran serving as co-producers.

New Line Cinema and Metro-Goldwyn-Mayer Pictures (MGM), Present a WingNut Films Production, The Hobbit: An Unexpected Journey. All three films in The Hobbit Trilogy, also including The Hobbit: The Desolation of Smaug, and the final film, The Hobbit: There and Back Again, are productions of New Line Cinema and Metro-Goldwyn-Mayer Pictures (MGM), with New Line managing production. Warner Bros. Pictures handled worldwide theatrical distribution, with select international territories as well as all international television distribution handled by MGM.

- Commentary with Peter Jackson, Director/Producer/Screenwriter and Philippa Boyens, Co-Producer/Screenwriter
- The Appendices – A multi-part chronological history of the filming of The Hobbit: An Unexpected Journey, covering pre-production in the various departments of the film in the months leading up to the start of principal photography, the boot camp training for the main cast, the work done on set chronologically through the three shooting blocks and in the world of its digital effects.
- New Zealand: Home of Middle-earth

Note: All enhanced content listed above is subject to change.

Blu-ray Disc™ and Blu-ray™ and the logos are the trademarks of Blu-ray Disc Association.
Warner Home Video Blu-ray Discs offer resolution six times higher than standard definition DVDs, as well as extraordinarily vibrant contrast and color and beautifully crisp sound. The format also provides a higher level of interactivity, with instant access to extra features via a seamless menu bar where viewers can enjoy features without leaving or interrupting the film.

*UltraViolet allows you to collect watch and share movies and TV shows in a whole new way. Available with the purchase of specially marked Blu-ray discs, DVDs and Digital Downloads, UltraViolet lets you create a digital collection of movies and TV shows. Services such as Flixster and VUDU allow you to instantly stream and download UltraViolet content across a wide range of devices including computers and compatible tablets, smartphones, game consoles, Internet-connected TVs and Blu-ray players. Restrictions and limitations apply. Go to www.ultraviolet.flixster.com/info for details. For more information on compatible devices go to wb.com/ultravioletdevices.

Click on the images to head to Amazon and pre-order your copy: 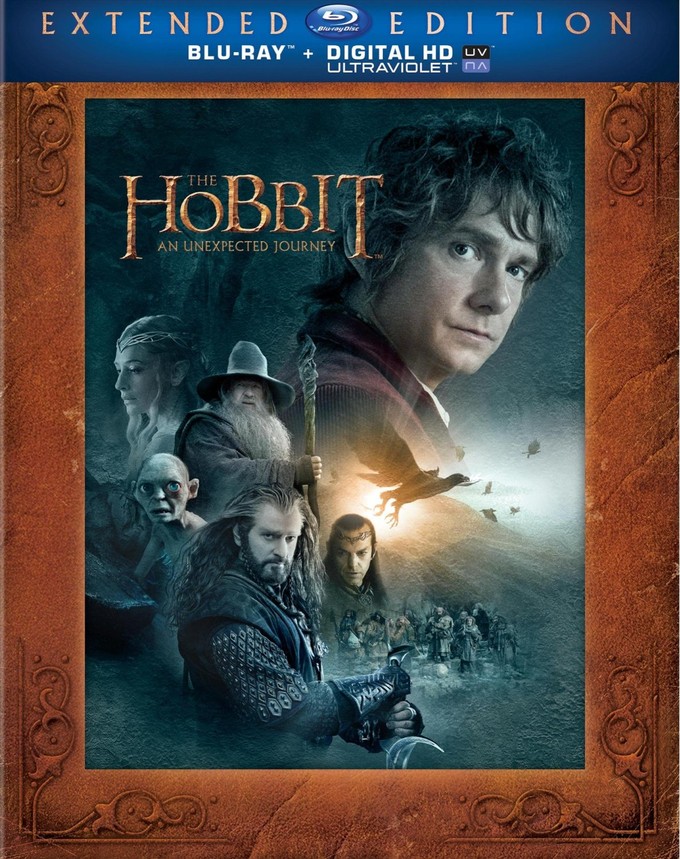 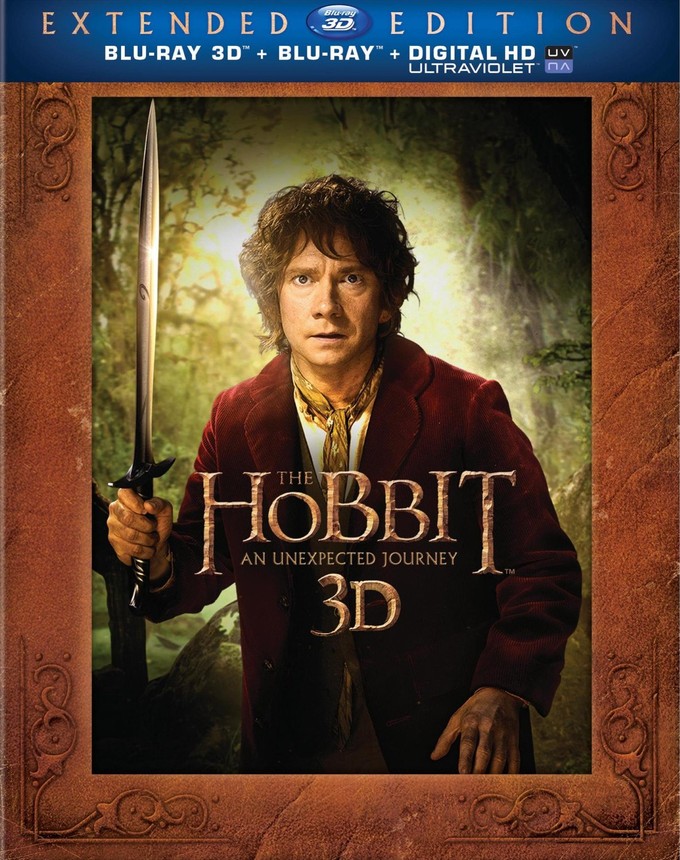 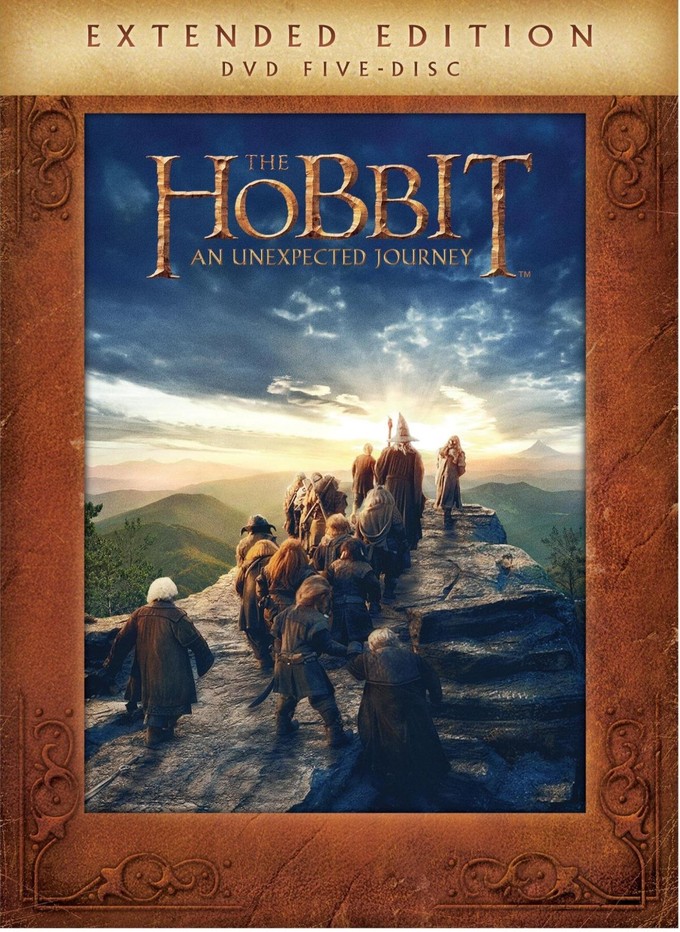 And before we go, here is a clip that Yahoo has from the extended edition of the film:

What do you guys think? Are you excited for this release?