Jim Kelly - amongst the coolest humans to ever kick ass upon the planet Earth - is gone...

Hey folks, Harry here...   I woke up to this news, "Jim Kelly is dead" - and the day has never really gotten fun.   Last night I was at Lars Nilsen's Kung Fu Triple Bill - as I exited the theater a storm was rolling into Austin, the thunder clapping - and now I know why...   We had lost Jim Kelly.

Jim Kelly was amongst my favorite martial artists - simply because he had such an incredible presence.   First of all - Jim Kelly was a fucking charismatic handsome powerful man.   He was bigger than life to me.   I discovered his brand of awesome with ENTER THE DRAGON - a film I watched like most kids watch Disney cartoons.   His dialogue in that film - every line delivery...   the look in his eyes when him and Roper are fucking with that gambling dude at Han's Tournament...   SO COOL.

The reason I hated Han in ENTER THE DRAGON was that he killed Williams.   As a kid, I could never believe it.   As a quasi-Adult, I still refuse to believe it - I mean...  I love John Saxon, but man...   had it been Williams and Bruce Lee fighting at the end...  OH MAN - one of my favorite movies ever would have been even more favoriter.   I saw a few of his films in theaters with my parents.   BLACK BELT JONES is another one of those movies that...  well I can watch at the mere mention of the title.   In fact, I will watch any Jim Kelly movie at the slightest suggestion.    Kelly is again a whole lot of fun in BLACK BELT JONES - though I have to say, Gloria Hendry has the best lines in the film.   I will forever love the moment when Jim Kelly tells her to do the dishes...   It's one of those great female fuck yous to a Man that's just being a dumb Man.    But the Bubble Kung Fu Battle is one of the sheerest joys to watch.   Absurdly goofy, yet it plasters a smile.

In THREE THE HARD WAY, Jim teamed up with Jim Brown and Fred Williamson to stop a terrorist attempt by a White Supremist that has created an evil toxin that won't affect White People, but will kill the Black population.  The chemistry between the three is fantastic.  But as much as I love THREE THE HARD WAY, when Williamson, Brown and Kelly teamed up again in TAKE A HARD RIDE in 1975, Jim Kelly got to play my second favorite character of his career!

TAKE A HARD RIDE is a Western - where Jim Kelly plays a prostitute's faithful companion named Kashtok - and he's supposed to be this half-Indian character - an expert at tracking.   He never rides a horse - he just jogs & runs - but his physicality and the way he is scurrying around noticing the smallest things...  It's awesome.   He's kind of amazing.  No, he's just flat out amazing.  This film also has Lee Van Cleef, Harry Carey Jr, Dana Andrews and Barry Sullivan.   It's a helluva flick.   In no small part to the amazing talent of Jim Kelly.

Jim Kelly's 3rd film with ENTER THE DRAGON and BLACK BELT JONES director, Robert Clouse, is a massively underseen gem called GOLDEN NEEDLES.   This isn't easily attainable - and I was dating a girl that said if I could find the movie and show it to her, she'd marry me.   I found it in a month - and while we dated for a while, ultimately it was not to be.   But just getting to see Jim Kelly working with Joe Don Baker is gold enough.   The Golden Needles of the title if correctly inserted into your body would give you superhuman sexual powers & youth, if inserted wrong - you die.   Again - GENIUS!   This has a low rating most places, but that's just because the right cool film lovers have never had the opportunity to see this one!   It's really great!

Fred Williamson hired Jim Kelly to team up with himself, Jim Brown again and Richard Roundtree.   The film is called ONE DOWN, TWO TO GO and it's not a great film - but it is a ton of fun.   Concerns some underhanded martial arts tournament action - and the fights have a nice brutality to them.   Kelly kicks the whole thing off when his investigating gets him shot and he calls his West Coast buddies to come help him kick all the right asses.

Now - HOT POTATO - I can't stand.   I like Kelly, but the rest of this thing is  just...  not up to the standards for a great Jim Kelly flick.  However THE TATTOO CONNECTION and BLACK SAMURAI are some really fun Jim Kelly flicks, the first is sometimes known as BLACK BELT JONES 2, but it isn't.   That's just someone trying to make extra bucks off of the notoriety of that title.

I've still never seen MR. NO LEGS or DEATH DIMENSION - but MR. NO LEGS has long been on my hunt radar as being the greatest WTF movie that I haven't seen.

Now - as much as I love Jim Kelly as an action star - I can not even imagine the loss that the Black Martial Arts community feels on a day like this.   The first tweet that I saw about his passing came from Michae Jai White - who credited Jim Kelly with starting him on his path.   Kelly ran a Karate Studio in the Crenshaw district of L.A.  When I met Jim Kelly at an Alamo Drafthouse screening of ENTER THE DRAGON and BLACK BELT JONES - I was truly star struck.   I've been in awe of him since being a very small boy version of myself.   He was, frankly...  the dream.   He told me that he was often sent scripts for things that just treated him a bit like a joke - and he just didn't want to do that sort of thing.   He also didn't want to play stereotypes.   He had a new life as a Tennis Pro on the Senior Men's Circuit and as a Tennis Coach.   Fans had a chance to interact with him at very few conventions, but he was always there for those that loved his work.

Jim Kelly was a certifiable badass, the Middleweight Karate Champion of 1971 is what enabled him to open that Crenshaw Dojo.  It is a shame that the Film Industry didn't know what to do with Jim Kelly, but he was fine with the blessings his career had given him.   He was not angry or bitter - he was... COOL!   One of the Coolest.   The world we live in is less cool knowing that he no longer walks it.

He never had children of his own, instead - he influenced countless kids to explore the Martial Arts.   I was terrified of meeting him.   I just knew he'd give two shits about some fat kid like me - but when Tim League introduced us - we just started chatting and time just did that slo-motion thing.   Just hearing him speak was amazing.  He sounded just like WILLIAMS!!!  This man was a teacher - one that spent years training martial artists until he grew weary of the scene and decided to master Tennis.  Which brought him a great deal of personal joy he told me.  He was also involved in real estate and had done well for himself.   He told me that he and Bruce Lee were supposed to team up after GAME OF DEATH... but well, you know.   AND - Brandon Lee was going to work with Jim Kelly after THE CROW.   Neither of those happened due to tragedy. 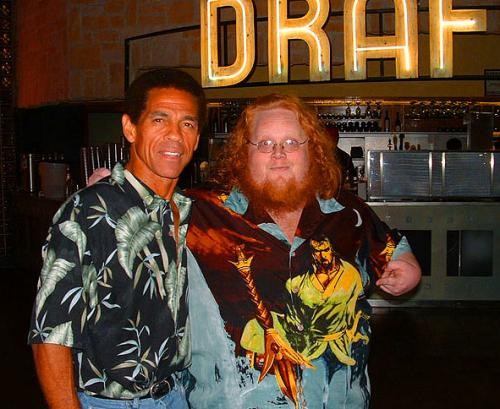 BTW - When I met Jim Kelly, I told him - that as a Kid - I always wanted it to be him and Bruce Lee fighting at the end.  Turns out that originally, that was supposed to be the case, but that Saxon's agent didn't want Saxon killed off by Han midway through the film - so there were script changes.  Jim Kelly was originally scheduled to fight Bolo Yeung in ENTER THE DRAGON - it would have been one of my favorite moments in film history - of this I have no doubt - and Kelly telling me that story has affected my dreams ever since.

It absolutely sucks massive ass that Jim Kelly no longer walks the Earth - but for those of us that absolutely loved his work, his persona and just his general bad assery.   This is a very sad day! 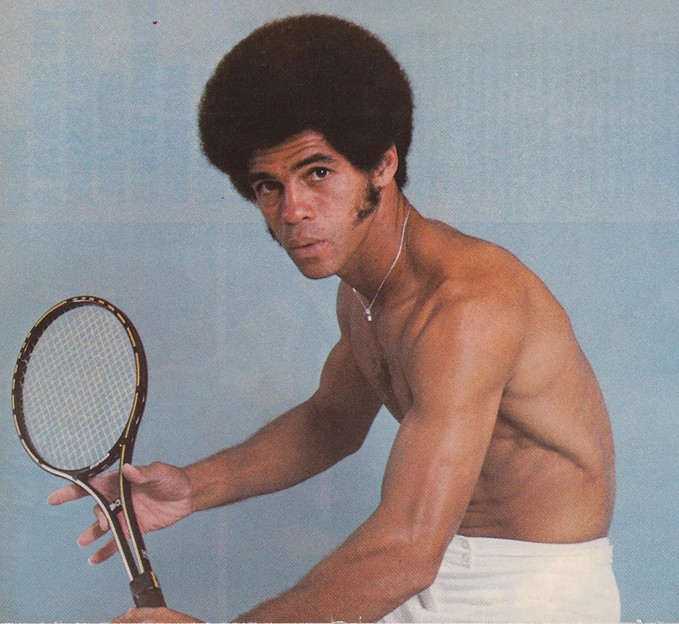