TERMINATOR 5 now has a release date!!!

Well I thought the next step would be getting a director, but instead today we got an announcement of a release date. Paramount will release TERMINATOR 5 on June 26, 2015. Here is the official press release:

The first in a stand-alone trilogy, “TERMINATOR” will be produced by Megan Ellison of Annapurna and David Ellison of Skydance. Dana Goldberg and Paul Schwake of Skydance will serve as executive producers. Laeta Kalorgridis (“Avatar,” “Shutter Island”) and Patrick Lussier (“Drive Angry”) are attached to write the screenplay.

Launched in 1984 with star Arnold Schwarzenegger as the title character, “TERMINATOR” spanned 3 subsequent films, which have earned over $1 billion at the worldwide box office.

David Ellison most recently executive produced, along with his partners at Paramount, “World War Z,” “Star Trek Into Darkness,” “G.I. Joe: Retaliation” and “Mission: Impossible – Ghost Protocol”. A 5th installment of in the “Mission: Impossible” franchise is in active development, along with a 3rd film in the “G.I. Joe” franchise, among other films.

Some really interesting bits here. First, they are describing it as the first part of a planned trilogy. This means they have to make and release all three films by 2019, which is when the rights to the franchise go back to James Cameron.

There is still no word on where the story will go. We do know that Arnold Schwarzenegger is returning, even though they are referring to this as a reboot and not a direct sequel. I really wonder where they are going with this trilogy and how they will keep this self contained or if they are even going to try. What elements are they going to take from the previous films? Feel free to speculate below.

We also know that the summer of 2015 is absolutely loaded right now. It is going to have to really stand out to get buzz after STAR WARS: EPISODE VII, THE AVENGERS 2, probably MAN OF STEEL 2, and a week before INDEPENDENCE DAY 2 and two weeks before PIRATES OF THE CARIBBEAN 5.

No word yet on those Rock rumors or who will be directing this. Stay tuned though, as I am sure we will be getting more information soon. 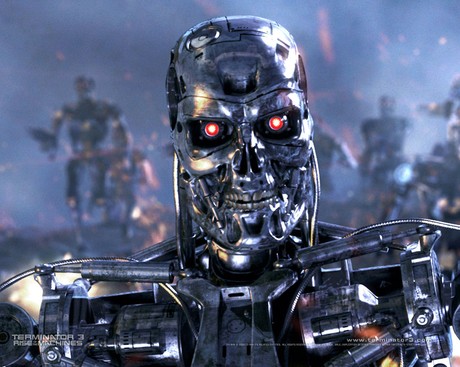