WB Is Going To Remake THE WILD BUNCH Whether You Like It Or Not, And Now They've Got Will Smith Involved! 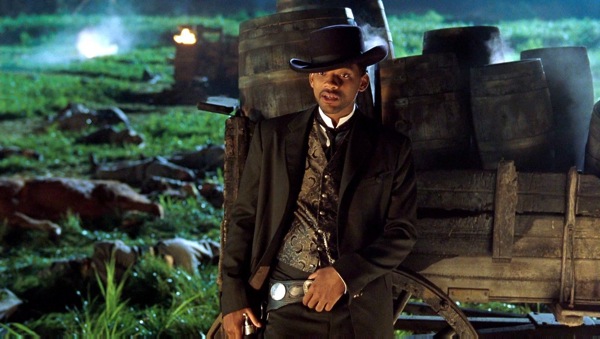 For $7.99 via Amazon Prime, you can purchase a perfectly watchable Blu-ray of Sam Peckinpah's classic THE WILD BUNCH. That's money well spent - though I imagine there'll be a spiffed-up re-release at some point if only because it's a popular library title for Warner Bros. In any event, my point is that Peckinpah's seminal revisionist western isn't going anywhere.

So let's keep that in mind as we deal with The Wrap's report that Will Smith is attached to star in WB's long-in-development remake of THE WILD BUNCH. It will be a modernized version in which a rogue DEA agent assembles a team to rip off a massively wealthy Mexican drug lord. David Ayer (TRAINING DAY, END OF WATCH) wrote a screenplay a while back, while Brian Helgeland (L.A. CONFIDENTIAL) got halfway through a draft for the late Tony Scott. There is no word as to whether these scripts will be incorporated into Smith's version, but I would caution people against making 1:1 comparisons to the original as they attempt to guess whether Smith will take the William Holden or Robert Ryan role. My understanding is that, structurally and character-wise, the remake is a different beast entirely.

At least is was. Smith has specific screenwriters he likes to work with (namely Akiva Goldsman), so I wouldn't be surprised if one of these guys is hired to do a page-one rewrite and tailor the project to Smith's unthreatening sensibility. Then again, it's possible that Smith regrets turning down the title role in Quentin Tarantino's DJANGO UNCHAINED (because his character didn't get to kill Leo DiCaprio's villain), and is finally ready to torch his good guy image. Tom Cruise has done it from time to time, and he's still one of the world's biggest movie stars. Smith needs to find his COLLATERAL, and resist the urge to dull the character's razor-sharp edges. Perhaps THE WILD BUNCH will be his first legitimate attempt at this.