Wait, What? Arnold In Talks For THE TOXIC AVENGER? It's True! 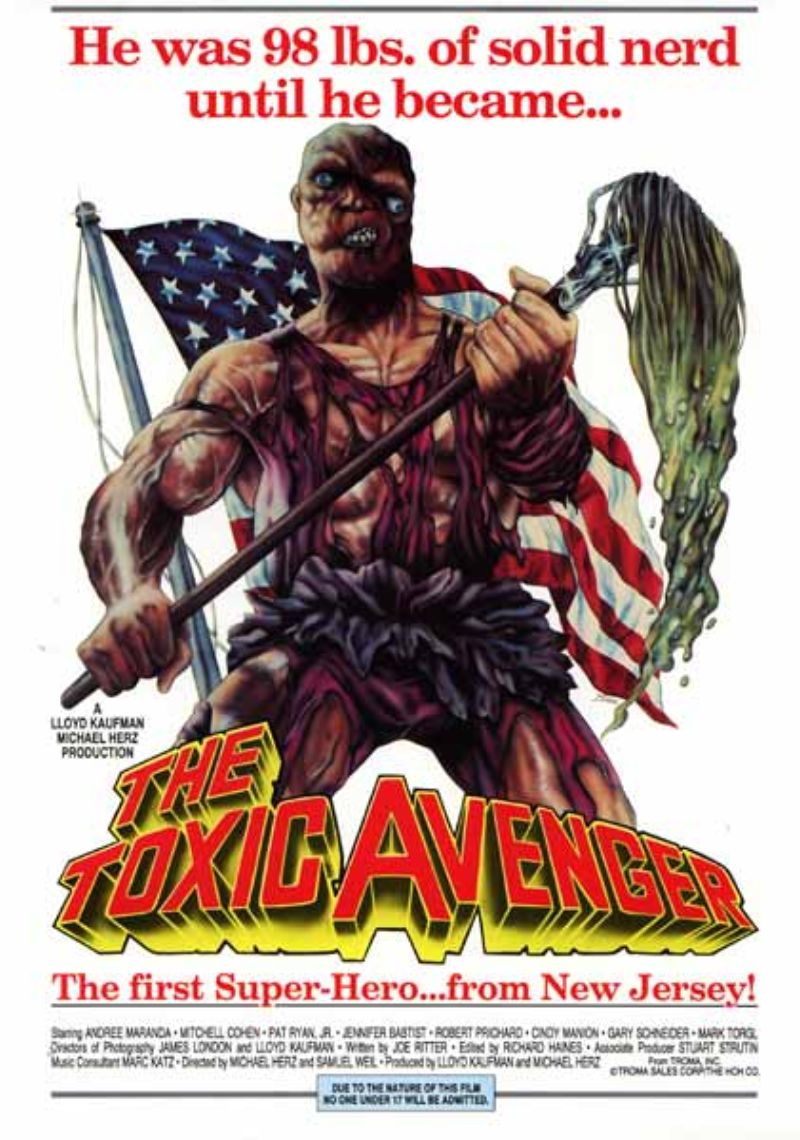 Well, this certainly qualifies as the weirdest news item of the day.  But it's also one of the most awesome.  I love Troma, and especially THE TOXIC AVENGER series, which, while goofy, gross, disgusting, and just plain odd, still remains one of the most fun "bad" movie series there is.  I hesitate to use the word "bad" because nothing can be bad if you're having fun watching it, and THE TOXIC AVENGER certainly qualifies.

But Variety just dropped a bombshell today - Arnold Schwarzenegger is currently in talks to headline the reboot of THE TOXIC AVENGER, with Steve Pink (HOT TUB TIME MACHINE) and Daniel C. Mitchell's script, to be produced by Elysium Films, Akiva Goldsman, Charlie Corwin, Michael Benaroya, and Richard Saperstein.  Arnold won't be playing the famed 98-pound-weakling turned monstrous superhero (although that would be a truly strange and inspired choice) but another lead role in the production.

This looks to be, at the very least, a bigger budgeted film than the original, but that wouldn't be too difficult, considering they weren't made for much.  But if Schwarzenegger isn't Toxie, who is?  And what role will Arnold play?  I'm thinking perhaps the villain, but we won't know that for a while.

So does this mean more Troma reboots are down the pipe?  I'm holding out for FAT GUY GOES NUTZOID!