AICN COMICS PODCAST: The Holes’ chime in on IRON MAN 3!

Ambush Bug here. The below hour-plus long conversation took place between myself, Matt Adler, and our host Johnny Destructo of PoptardsGo.com as we talked about All things IRON MAN 3! 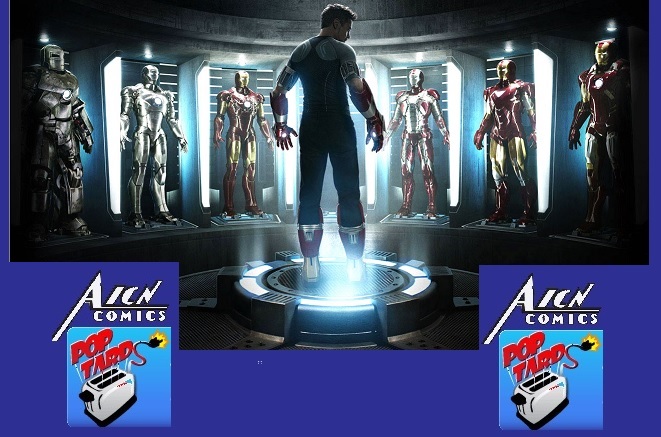 Direct link to the podcast here.Look for more of the Holes rambling about comics on Poptards, follow us on Facebook here, and look for us every Wednesday for our written AICN COMICS REVIEWS columns!

Below are what some of the other AICN COMICS @$$Holes thought about IRON MAN 3! 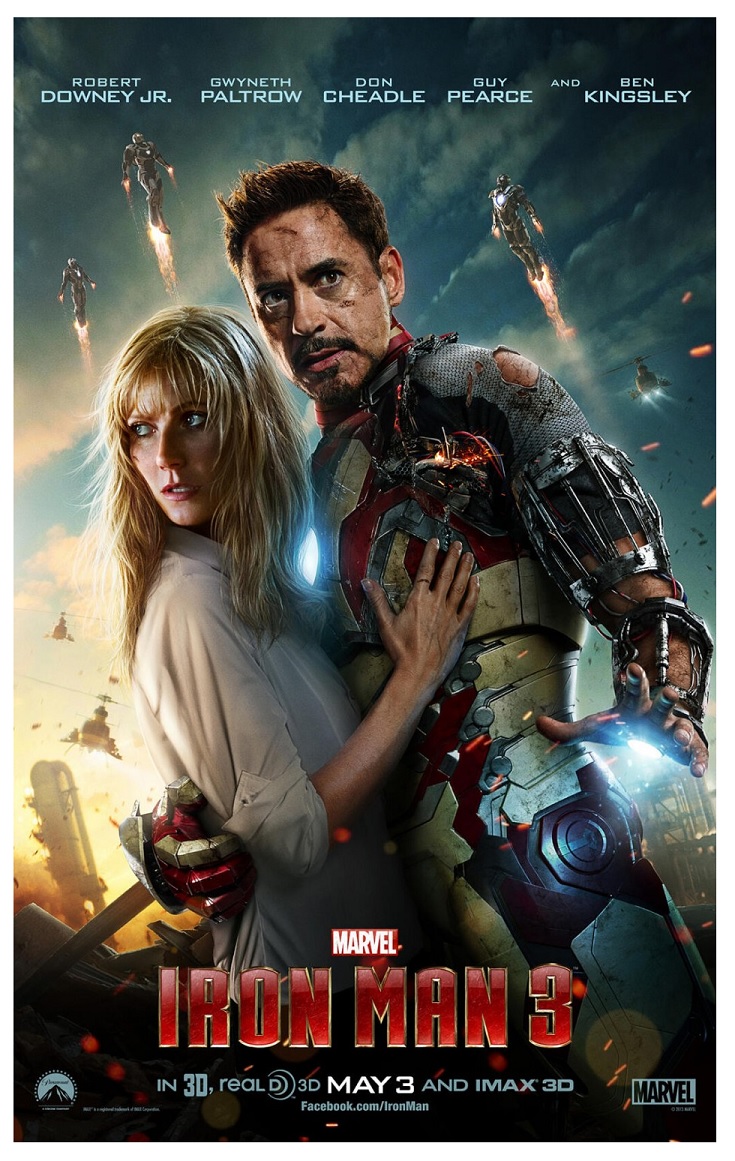 The Writing Rambler - So after basking in the event that was IRON MAN 3: the IMAX 3D, Molest My Eyes and Ears with Sensory Overload Experience, I came out with several thoughts. First, I enjoyed this movie. It was much better than what we received in Iron Man 2 and for a third entry in a series I thought it did a great job keeping Iron Man as one of the top heroes in the Marvel Cinematic Universe (MCU) in a post-Avengers world. Second, (before any of you think it) yes, of course this movie was not better or anywhere near as close to an experience as The Avengers was. That’s a ridiculous thought to have, so just stop it. Avengers was a buildup that took years to achieve and I will credit Marvel because any film being the first that followed AVENGERS as next in the MCU line was going to have a lot of expectations to live up to and I think IRON MAN 3 for the most part achieved that.

What did I not like? That’s a tough one. I don’t want to jump on the Mandarin complaint bandwagon but it was the part of the film that lost me the most. Honestly, it wasn’t even the “twist” that really bothered me. The idea of a manufactured threat from within was actually something I liked, what I didn’t like was that one moment of cheesy comic book movie cliché we got, as the line “I am The Mandarin!” was droped during the films climax. It just felt like a throwaway line to connect the dots in case you couldn’t figure it out. It actually reminded me of Snape randomly yelling “I am the Half-blood Prince” at the end of HARRY POTTER 6, but that’s a whole ‘nother nerd argument I’ll have to have another day. I would have much preferred the mystery being left to Mandarin and instead I think the character devolved to a typical movie villain with super powers as the film came to a close. Villain issues aside, I still had a great time with the movie and although I’d have liked a little more, I think it’s safe to say phase 2 of the MCU is off to a good start. 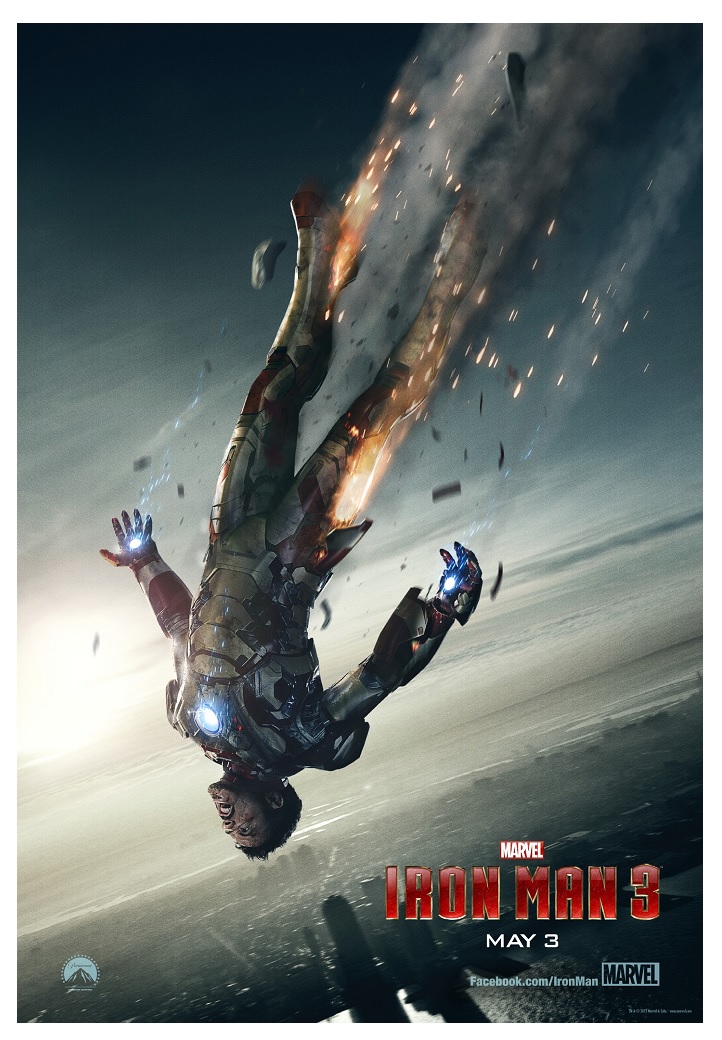 Mad Mercutio - So I went to see IRON MAN 3 this weekend. I wanted to like it. I really did. I had heard some advanced reviews and the idea that it was the best of the three was floated around quite a bit, so I was set for an awesome follow up to AVENGERS. I hate to say it, but I was really disappointed. I feel like one of the core concepts of Iron Man was missing: Tony in the suit. I understand the whole back to basics thing with Tony out there on the run and having to build things from random supplies, but taking Tony out of suit for most of the Iron Man action felt like a cheat. When he rescued the people falling from the plane, I was pumped, but as soon as I realized he wasn't even in the suit at the time of the rescue, I suddenly couldn't care less about that scene.

Also, I felt like it was a waste of Ben Kingsley talents to have him played out as a pawn. He was great in the movie in both of his "roles," but it would have been really cool to have him as a the main baddie instead of a tool. I just felt like the whole thing was a letdown. Even the post credits scene with Banner felt lackluster. It was cute, but not as funny as the schwarma scene and not as cool as some of the other post credit scenes. Here's hoping THOR 2 won't let me down. It's kind of like my friend said; it was a good movie, just not a good IRON MAN movie. 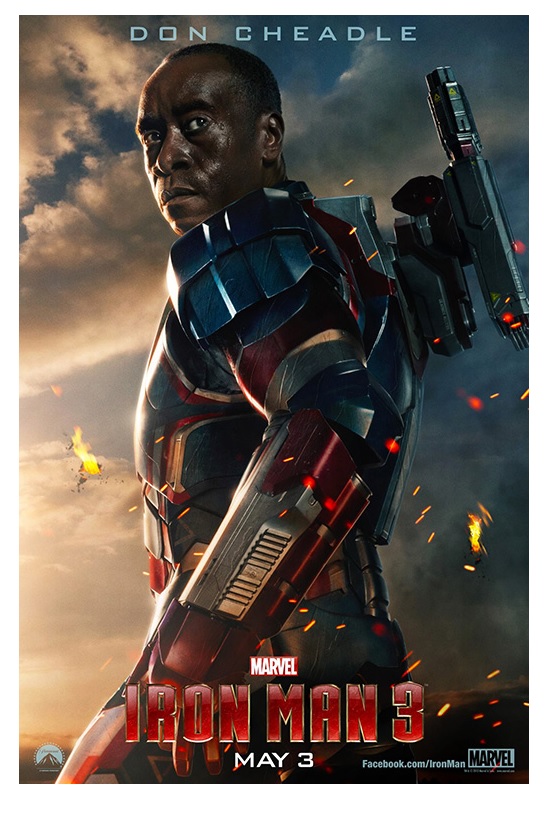 Vroom Socko - There are two things that have stuck with me since seeing IRON MAN 3 this past Friday. The first is just how clearly this was a Shane Black movie: it's Christmastime in an industrial facility, and our racially diverse heroes are getting beat down and have the odds against them, yet they fight on and (Spoilers!) persevere. The action, the character moments, the comedy... All distinctly Shane Black. Whatever else you may think of this movie, Marvel deserves a lot of credit for letting the new director of their flagship film franchise be himself.

The second thing that stuck with me was the work done by both Robert Downey jr and Ben Kingsley. Downey has the hard task of keeping up with his typical Bond-style one liners, yet build on the work done in the prior three films and show how Tony Stark is changing as a human being. And damn does Downey make it look easy. Kingsley, on the other hand, is astonishing. He clearly said to his agent, "I was Ghandi, motherfucker! I don't have to prove anything, so I'm just going to have fun!" At least I hope so, because I had fun watching him. I doubt he'll be back, but I hope they find a way.

Did it top AVENGERS? No. But then, that's not what it was trying to do. Bottom line, I enjoyed it. I enjoyed seeing Tony deal with what his life had become, and work to make it what he wanted. I enjoyed seeing Pepper suit up, the post-credits cameo, and that they didn't overdo the little kid, at least not by much. And I loved the little nods to Marvel lore. (AIM, Roxxon Oil, all that was missing was a mention of the Brand Corporation, and we'd have had the trifecta.) All in all, I had fun, and I plan to see this on the big screen again. That's more than I can say about IRON MAN 2, at least. 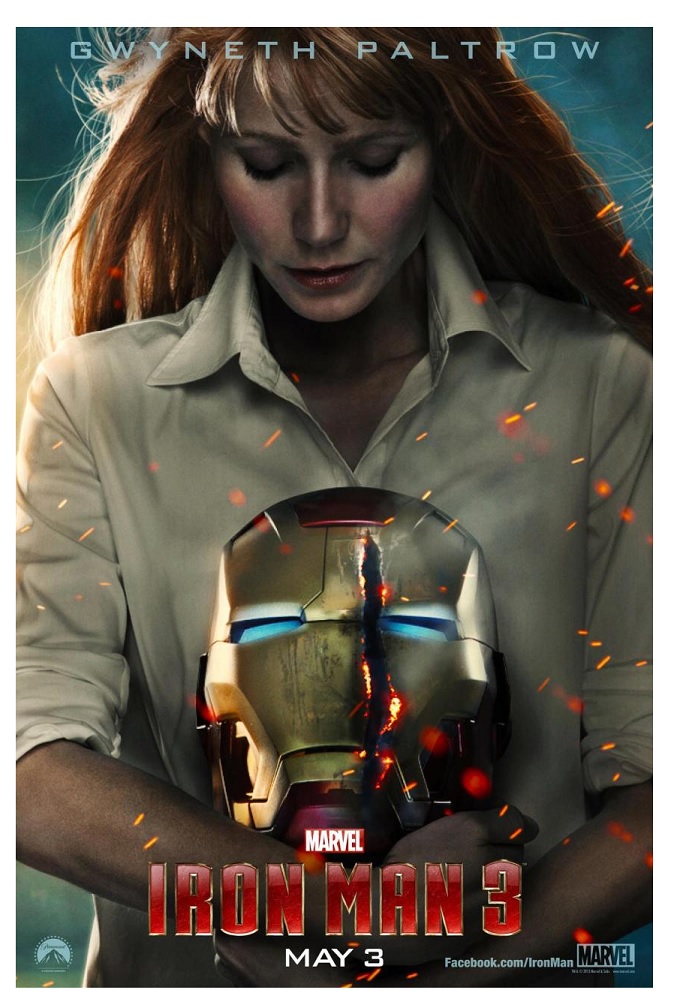 The Dean - If I knew in advance of seeing IRON MAN 3 what they were planning on doing with the Mandarin, I would have been pretty bummed. I like a little change in my comic to film adaptations (because what’s the point in doing what the comics have already done?), but this is a pretty huge deviation from the Mandarin we comic fans are used to. Does it suck? Yeah. Does it suck within the movie? No. It’s one of the most memorable scenes in IRON MAN 3, and my shock quickly turned to laughter and acceptance because Ben Kingsley and everyone else involved made it work so well. If we’re going to accept some changes in a movie adaptation (Killian, Iron Patriot, AIMs involvement, and the Extremis story in general) because they work within the scope of the film, then why single out one change that offends us most and deem the whole thing bad because of it? This was a big pressure situation following THE AVENGERS, and overall, I think IRON MAN 3 did a great job putting the focus back on Tony Stark, and creating a self-contained IRON MAN movie full of heart and action. To be honest, I think this did a better job with Extremis than Ellis did (I never really liked that story anyway) and this may very well have been my favorite of the three.

Beat that MAN OF STEEL! Seriously, please beat it. DC needs you. 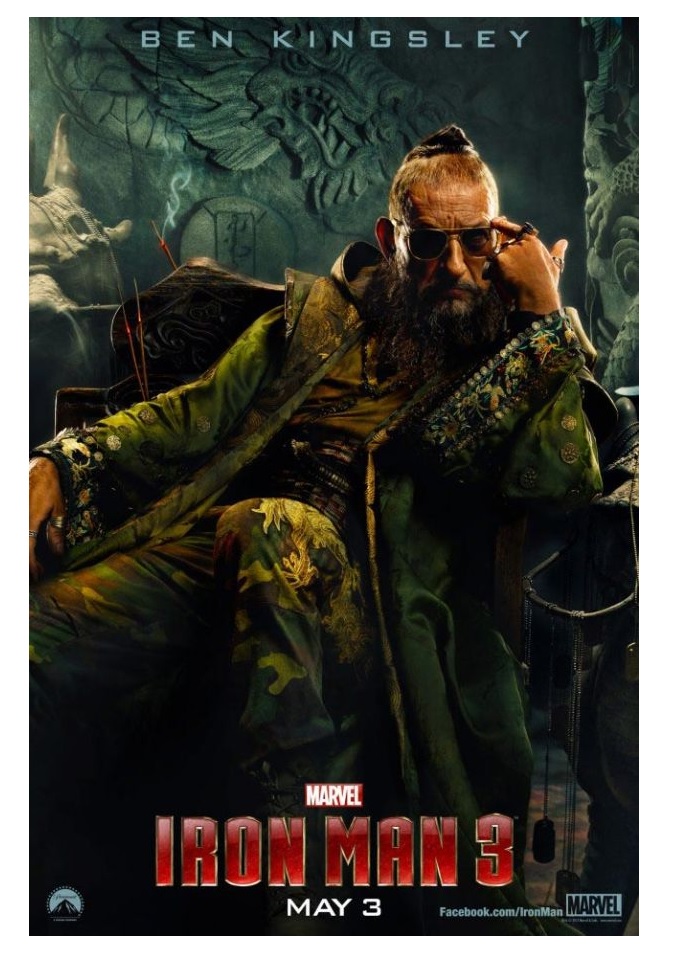 Mighty Mouth - IRON MAN 3 soars into theaters and the box office couldn't be happier. I don’t want to give anyone the wrong impression, IRON MAN 3 is not the worst film of the superhero genera by any means. Certainly movies like GREEN LANTERN and GHOST RIDER come to mind. Still, some serious plot holes and lack of elucidation mark IRON MAN 3 as the flimsiest in the franchise.

The film asks the philosophical question, does the suit make the man, or vice versa. Tony does some soul searching, teams up with an inventive kid and works on finding a way to stop the Mandarin and save the love of his life Pepper, who has been captured by the organization known as Advance Idea Mechanics or A.I.M. for short. IRON MAN 3 is not short on twists. For much of the film Tony is actually armor-less, which isn't the problem. In fact, seeing Tony play the hero sans-armor is one of the more enjoyable parts of the film. There is also a surprise with the revelation of the Mandarin, that like the character decrees, “You’ll never see coming”.

However the ambitions of the villains in this movie are indistinct and all of the subterfuge feels pointless. The Extremis procedure apparently turns ordinary people into super soldiers and gives them the ability to regenerate. OK, but the rest of their capabilities and limitations are left vague at best. It seems they are able to tear apart Iron Man armor(s) with ease, too much ease if you ask me. I mean, in previous films the armor stood up to tanks, rockets, other armors and alien invaders. come to think of it, didn't Iron Man’s armor go toe to toe with the Mighty Thor himself? Yet an amped up soldier is capable of tearing the armor apart like Christmas goose? Yeah sorry, I’m just not buying that.