John Ary here with another installment of The Vulcan Vault.

Today our good friend Bryan takes us back to 1989 for a Blake Edwards sex romp. Skin Deep has a lot going for it including terrific stunt work from the brilliant John Ritter, a strong supporting cast and more adult jokes than you can shake a glow-in-the-dark condom at. I have to warn you though. The following video features some salty language from the film and a couple scenes that you probably wouldn't want to explain to your boss. That's why I'm giving this edition of The Vulcan Vault a mild NSFW rating. Enjoy!

Skin Deep is available on DVD and currently streaming on Amazon. If you want to see more episodes of The Vulcan Vault, be sure to subscribe to the AICN YouTube channel and check back in here every Tuesday. 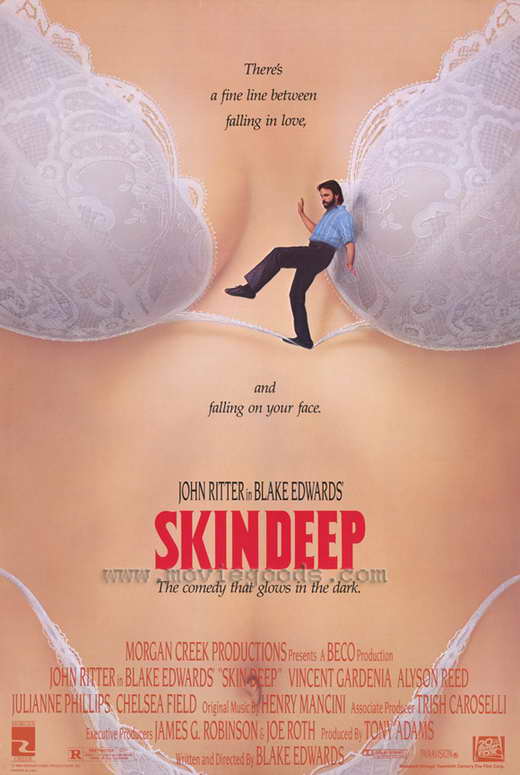