CAPTAIN AMERICA:THE WINTER SOLDIER, the sequel to Joe Johnston's 2011 CAPTAIN AMERICA: THE FIRST AVENGER, is now rolling.  Per THIS announcement at Marvel!

The announcement goes on to indicate...

“Captain America: The Winter Soldier” will pick-up where “Marvel’s The Avengers” left off, as Steve Rogers struggles to embrace his role in the modern world and teams up with Natasha Romanoff, a.k.a. Black Widow, to battle a powerful yet shadowy enemy in present-day Washington, D.C.

Here's a shot from marvel commemorating the start of production. 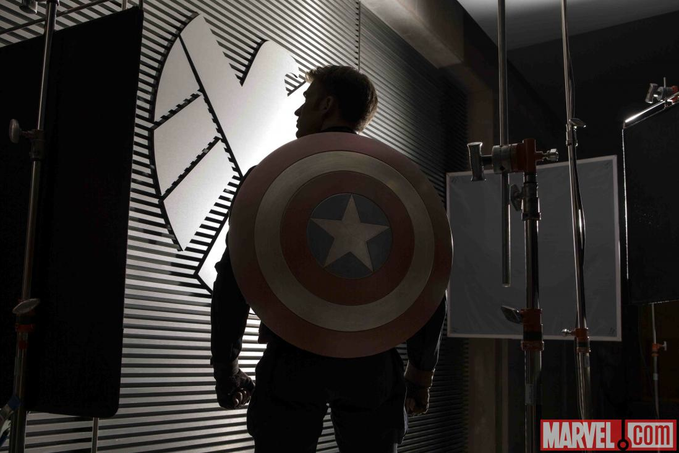 I hugely enjoyed THE FIRST AVENGER and, while I'm still a touch saddened that Johnston won't be back, I'm really eager to see what they come up with here.  I mean, hell, Redford in a superhero movie should be a sight to behold, if nothing else.  Right?