Who’s responsible?
Teleplay is credited to series mastermind Bryan Fuller, creator of “Dead Like Me,” “Wonderfalls” and “Pushing Daisies.”

What says NBC?
“When the FBI takes on a case of disappearing college girls, Jack Crawford (Laurence Fishburne) recruits Will Graham (Hugh Dancy), a gifted criminal profiler with a unique view into the psyche of serial killers, to consult. Jack also seeks the help of Dr. Hannibal Lecter (Mads Mikkelsen), a brilliant psychiatrist, who, unbeknownst to him, is not only one of the most successful serial killers of all time, but also a cannibal. After a copycat strikes, Will and Hannibal join forces to track down the culprit.”

Is this a prequel to the 1986 Michael Mann movie “Manhunter”?
In a sense. “Manhunter,” which introduced Hannibal The Cannibal to movie audiences, is based on the 1981 Thomas Harris novel “Red Dragon.” This series is a prequel of sorts to both “Red Dragon” and its sequel, “The Silence of the Lambs.” The series begins three or four years before the events of “Red Dragon.”

[Fun fact: Producer Dino De Laurentiis changed the title from “Red Dragon” to “Manhunter” because his Mickey Rourke cop movie “Year of the Dragon” had just flopped. Pretty much everyone else involved with the production hated the title change.]

Am I to understand Caroline Dhavernas (“Wonderfalls”) plays Alan Bloom?
She plays forensic psychiatrist and FBI consultant Alana Bloom, thanks to one of the Starbuck-ish gender switches this series employs. Episode two introduces tattlecrime.com blogger Fredericka “Freddie” Lounds. Male Freddie Loundses were played by Stephen Lang and Phillip Seymour Hoffman in the movies. They also worked for print outlets.

The big news?
The title character doesn’t show until midway through the first episode. The series’ central character, as in the book “Red Dragon,” is Graham, played rather differently in the movies by William Petersen and Edward Norton.

How does Dancy play Graham differently?
This Graham is far more socially awkward, which I understand is truer to the Graham in the novel. He may even have Aspergers or a another strain of autism.

What else is NBC not telling us?
Mikkelsen (“Casino Royale”) does not look like the movie Lecters played by Brian Cox and Anthony Hopkins, not, nor does he sound like them. The Danish actor brandishes a much thicker European accent. Again, this is consistent with the books, which explain that Lecter was raised in Lithuania and France and didn’t come to America to begin his residency in Baltimore until he was in his twenties.

How does it start?
With Graham recalling a particularly horrific crime scene. The opening introduces us to the lightsaber/windshield-wiper effect that helps show us how Graham enters the minds of highly skilled murderers.

What’s great?
There’s a level of detail and artistry here that, frankly, most viewers will miss the first time out – and most TV series would never bother with.

Somebody at the network realized “The Walking Dead” is the most popular series on television and permitted Fuller to embrace Thomas Harris’ horror and make the goriest series ever broadcast on NBC.

The brisk pace, which keeps the pilot fast-fowarding to “the good parts.” The surprisingly naked young corpses. (Remember all the shit “NYPD Blue” caught a few years ago just for showing a little buttcrack?) The torment that Dancy brings to Graham. Fishburne’s much more complex version of FBI profiling chief Jack Crawford. Hettienne Park’s perversely flirty hair and fiber expert Beverly Katz generally, and the way she smiles when she asks Graham if he’s unstable.

Graham’s roommates. The Quantico men’s room. The Evil Minds Research Museum. The towels. Lecter’s office. Lecter’s regard for Dan Folger’s tissue. “Kids in the Hall” icon Scott Thompson, surprisingly effective in a mostly dramatic role. “And this is when it gets truly horrifying for Mrs. Marlowe.” “That’s not exactly true, is it?” “She looks like the other girls.” “How’s the cat?” “I do when I’m in your company, doctor.” “So do forts.” “Who’s profile is he working on?” “I’m pretty sure she was alive.” “You will.” “The finest china used only for special guests.”

So much about the pilot’s final five minutes.

What’s not so great?
Candidly, Mads’ accent is thick enough that I have a little trouble understanding him sometimes. (The guy who plays Jaime Lannister on “Game of Thrones” is Danish too, so I’m hopeful this will resolve itself the longer Mikkelsen is in the states. In the meantime, I’ll be watching with the closed-captioning on.) Also, why are the knots in Lecter’s neckties almost as big as his head?

How does it end, spoiler boy?
“You said he wouldn’t get too close!”

... I went into "Hannibal" dreading it and came away five episodes later thrilled by it. … So what makes "Hannibal" so special? Start with Bryan Fuller … "Hannibal" is the last of this season's serial killer shows. It's also, by a very wide margin, the best.

... The titular cannibal is now played by the Danish actor Mads Mikkelsen, who provides some all-purpose creepiness but is so spectacularly inexpressive that he’s practically the anti-Hopkins. The humor in his performance stems from that inscrutability. … It has free-flowing blood and some startling images — a naked woman impaled on a rack of antlers stands out — but the carnage is so heavily art-directed that it doesn’t have that much impact. …

... Bloody and twisted, “Hannibal” may be one of the goriest programs on broadcast television. It’s also extremely well executed, from the artistic visuals and haunting soundtrack to the stellar cast and sharp scripts peppered with the perfect amount of gallows humor. Deliciously disturbing, “Hannibal” is bound to leave viewers hungry for more. …

... Hannibal moves at a snail's pace to build tension. At the same time, there's an obvious attempt to counter its inertia with a lot of very intrusive soundtrack music.... Fortunately, Dancy's performance is terrific and more than enough to maintain our interest, with or without elks. …

... it’s up to “Hannibal,” as conceived by Bryan Fuller (who created “Pushing Daisies” and wrote episodes of “Heroes”), to improve on and possibly advance the genre. In some ways it succeeds, mainly in terms of mood and pacing. … aspires to be something better than the average network crime procedural, and it shows. …

... turns out to be a fairly serialized show with elements of tonight’s first case continuing into future episodes. This gives the show a welcome depth but it may surprise (and confuse?) viewers who have come to expect more procedural crime dramas on broadcast channels. … Fuller is a gifted TV writer whose past efforts include “Pushing Daises,” “Wonderfalls” and “Dead Like Me.” His attempts to build and deepen the characters in “Hannibal” – particularly Crawford and his wife (Gina Torres) later in the season – make “Hannibal” something more than a killer-of-the-week crime drama. But this show is also prone to gaping plot holes. …

... works in spite of the cannibal shrink, not because of him. …

... Really, there is nothing in the NBC series that isn’t rank and depressing. On that level, “Hannibal” is quite a triumph. …

... if you stay, you just may find yourself captivated by a trio of strong performances from Mikkelsen, Hugh Dancy and Laurence Fishburne — and entranced by the fevered-dream spell cast by creator Bryan Fuller, the brilliant TV auteur behind Pushing Daisies and Wonderfalls. … Devour it while you can.

... it’s clear that showrunner Bryan Fuller has brought a semi-hypnotic quality to this prequel adaptation … 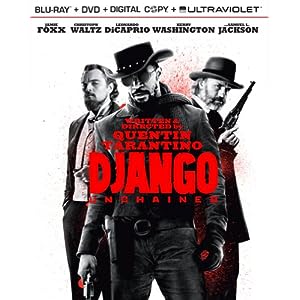 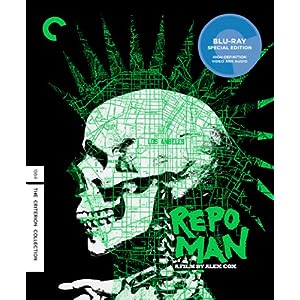 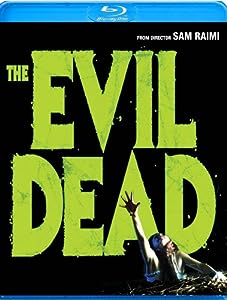 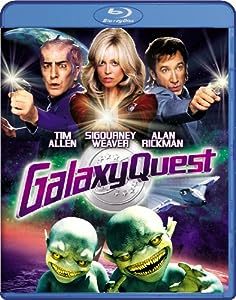