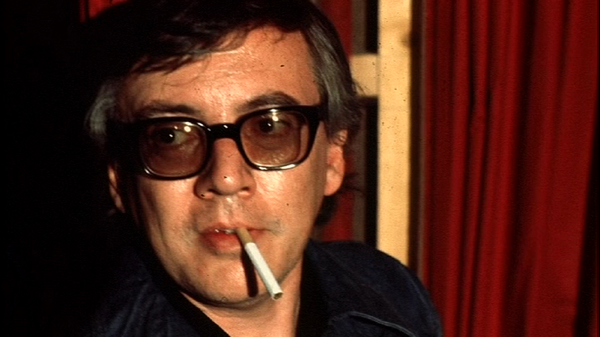 "I will be retired the day I die."

Jess Franco, exploitation filmmaker extraordinaire, might've retired today at the age of eighty-three, but I have a hard time buying this dying business. The legendary Spanish filmmaker is credited by the IMDb with directing 199 movies (under a variety of pseudonyms), and Video Watchdog's Tim Lucas believes that this filmography is incomplete if only because an undetermined number of his movies were never released. There's almost certainly more Franco waiting to be discovered. So while Franco has called it quits on the career, his work, which was his life (199 films between 1959 and 2013 leaves room for little else), lives on.

Franco committed himself to cinema after determining he had limited prospects as a jazz trumpeter. Though he had studied music at Real Conservatorio de Madrid, he believed himself to be only an adequate trumpet player. Franco might've improved, but the life of a jazz musician paled in comparison to the robust life of a filmmaker. As he explained to The A.V. Club in 2009, "The life of a moviemaker can be glorious and wonderful. It can put your life in the best of possibilities. I decided to forget music. Not forget, because this is impossible, but to work in cinema, and just to be someone who loves music, and who tries to make music with his films."

This is the key to appreciating Franco's films - which is tricky in and of itself because, if viewed with the surface expectations of a traditional narrative feature, his films could seem like incomprehensible slop from a maniac with a zoom lens. That was my initial impression when, inspired by the criticism of Tim Lucas and Michael Weldon, I began shamefacedly renting quintessential Franco like VAMPYROS LESBOS and SUCCUBUS from my small-town Ohio video store (most Franco titles were not shelved in the horror section). The offbeat editing rhythms, abuse of the zoom lens, and brusquely dubbed dialogue simply did not read for me; if I was just watching this nonsense for the sex, well, my dad had a poorly-hidden softcore stockpile to fill that meager bill.

But I stuck with these movies for one reason: the music. The scores generally had a cool, jazzy, cocktail party vibe that often clashed with the depraved activity onscreen. The disconnect was fascinating and downright funky. This was the kind of jarringly shot-and-staged exploitation you could throw on in the background at a party - which people did all the time during the '90s. After a while, it became passe to encounter VAMPYROS LESBOS at some dude's Williamsburg loft party.

Absorbing Franco's more notable '70s movies in this fashion encouraged me to sit down and attempt to re-engage them as legitimate cinema, and if I haven't become a full-on Francophile, I've at least developed an admiration for his dreamily discordant aesthetic. Franco didn't obsess over shots much - if ever - throughout his career, but he had a great eye for composition and could often get the moment he needed through innate skill. His editing style takes quite a bit of getting used to, but so does free jazz. Franco is usually more structured than that, but he'll still lose me for long stretches, where I'm not sure what's going on, how I'm supposed to feel, or, to be honest, whether I'm watching the same movie. The films often work best as experiences, and the best of those experiences (e.g. VAMPYROS LESBOS, VENUS IN FURS and SHE KILLED IN ECSTASY) are euphoric.

I'm still sorting through my thoughts on the work of Franco - and, given the multitude he left behind, I doubt I'll ever arrive at a definitive conclusion. But it'll be a wild, sexy, revolting trip. With nearly 200 films to his credit, Franco is an exploitation genre unto himself. He lived cinema. And as long as cinema lives, so will Franco.