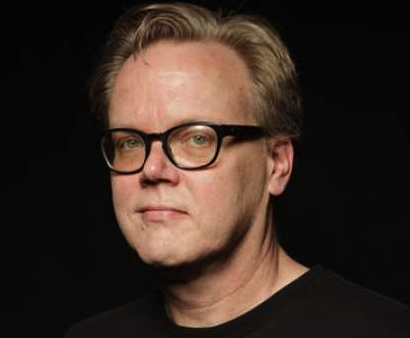 Among others, I ran with the surprising story out of Wondercon this weekend that WB/DC Animation supervising producer Bruce Timm was stepping down from those responsibilities to go elsewhere and do other things. The original report out of the show was that Bruce Timm is leaving WB/DC Animation permanently to focus on "other projects", with the indication he was completely moving on from the DC Animated Universe.

Guess what? This was misreported, but it doesn't seem like anyone (myself included) properly fact-checked.

Thanks to an eagle-eyed catch by Ryan Gallagher at CriterionCast, we now know this is not true. Timm is temporarily stepping away from those duties, which are being handed off to James Tucker for the time being, to pursue "other projects set up at Warner Bros". WB PR rep Gary Miereneau goes further to say that Bruce Timm "will be back" to do more there.

I wonder if WB is doing the smart thing and pulling him into something approximating what Joss Whedon is doing for Marvel...one could hope...