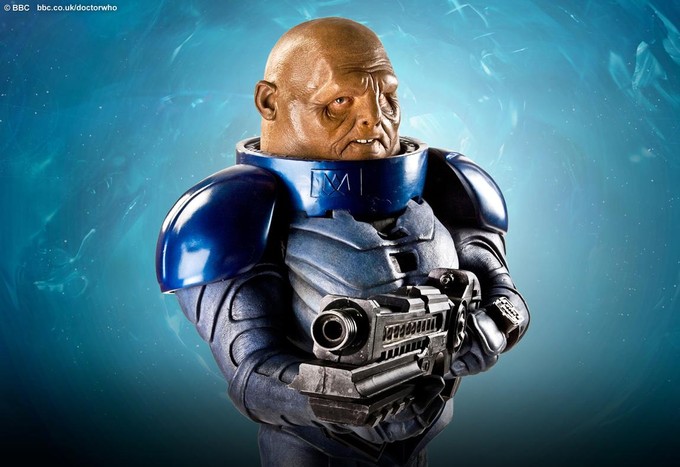 A new (free) DOCTOR WHO Season/Series 7B-related minisode hit today, explaining a bit more about what happened to Strax the Sontaran during (and after) the Battle of Demon's Run (featured in Season 6's A Good Man Goes To War).  Which means, we now have a better understanding of his apparent demise in that episode, as well as his not-entirely-explained re-appearance in the subsequently set 2012 Christmas Special, The Snowmen.

You can find the Steven Moffat scripted Demon's Run: Two Days Later minisode in dazzling HD HERE at iTunes, or HERE at Amazon. A new wave of DOCTOR WHO episodes resumes this Saturday, March 30, on BBC America, Space, and BBC One.