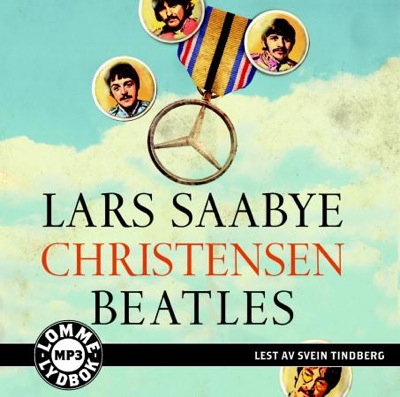 Securing the rights to Beatles songs for use in motion pictures is about as easy as brokering peace in the Middle East. First, you have to get approval from various parties, then you have to, y'know, pay. A lot. Last year, Lionsgate blew somewhere in the neighborhood of $250,000 just to use "Tomorrow Never Knows" on the season premiere of MAD MEN. And then, on the disappointment end of the spectrum, there's the case of THE ROYAL TENENBAUMS. When I saw Wes Anderson's movie at the 2001 New York Film Festival, it opened with the original "Hey Jude" and closed with an alternate take of "I'm Looking Through You". Both worked beautifully. Eventually, Anderson had to settle for a Mark Mothersbaugh orchestration of "Hey Jude", and Van Morrison's "Everyone" at the end (after also losing The Beach Boys' "Sloop John B"), and the emotional impact was diminished. Basically, if you want to get the inside track w/r/t licensing Beatles songs, it's a good idea to have a Beatle produce your film or make a movie about someone they worked with and really liked.

So it's something of a miracle that KON-TIKI directors Joachim Rønning and Espen Sandberg have, according to Deadline, nailed down the rights for a number of original Beatles songs for their aptly titled film BEATLES. It's based on a coming-of-age novel by Lars Saabye Christensen about four teenage boys experiencing Beatlemania, and the first stirrings of youthful rebellion, in Oslo. The film is budgeted at $7.5 million, a good chunk of which was set aside for procuring the necessary tunes. Not surprisingly, they had to go a little overbudget to get what everything they wanted, but they got them.

On one hand, I think this is great, but a part of me can't help but worry that the floodgates will soon burst, and songs that were once special will be inescapable and drained of their magic. Basically, I am terrified that I will one day hear "And Your Bird Can Sing" being used to sell iPhones.

As for films built around Beatlemania, have you seen Robert Zemeckis's I WANNA HOLD YOUR HAND? It's worth checking out (though for some reason, I was kinda harsh on it when I reviewed it for The DVD Journal).

And here's a choice outtake from the 1995's THE BEATLES ANTHOLOGY.