Quint says the SXSW 2013 documentary about John MILIUS is what is best in life!

Ahoy, squirts! Quint here with some thoughts on the big John Milius doc that played SXSW.

When you have a film that opens with Sam Elliott saying "John doesn't write stories for pussies or women. He writes them for men because he's a man's man" you know you're in for a good time, especially if you're a gonzo freak fan of John Milius like I am.

Milius is hell of an interesting (and important) figure for movie geeks, especially fans of the film school prodigies of the '70s. Milius was not only classmates with Lucas and Coppola he was the one that everybody pegged as the sure-fire success of the group. He was close friends with them all, including Spielberg, and was someone they all looked up to.

Most movie geeks today know him as the guy that directed Conan the Barbarian and Red Dawn and wrote Apocalypse Now and Dirty Harry. If you're lucky you'll find the next level that appreciates his AIP directorial debut Dillinger, starring the incomparable Warren Oates, and his passion project about surfing called Big Wednesday... and if you push your luck you'll find those that can accurately, but perhaps snobbishly inform you that John Goodman's Walter Sobchak is more than loosely based on John Milius. 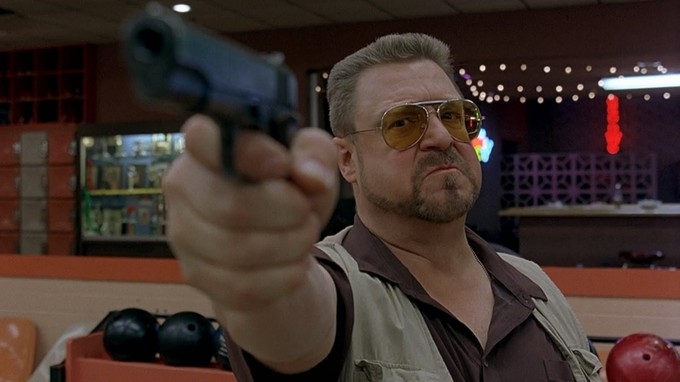 My point is he's incredibly influential and, like, super crazy awesome.

Every angle of Milius' life is covered, from his early family life to his film school circle to his struggle to break out from being "the great screenwriter" and into being "the great director," his gun-loving conservatism, his rise to power and his fall in the wake of the controversy surrounding Red Dawn.

The bulk of the doc focuses on his boisterous personality as he and his classmates usher in a new era of studio filmmaking, which is exactly what this doc needed to be. Of course I'm slightly biased since Milius had a significant hand in the writing of Quint's USS Indianapolis speech so I could have watched a whole doc just on the period of time where he, Spielberg and Lucas were swapping little bits and pieces of their movies between 1974 and 1978.

In fact, I would have been very disappointed in the doc if it didn't spend so much time with Spielberg and Lucas as they discussed this period in his life because there's just something about that idealistic group grabbing the studio system by the throat and enthusiastically shaking it into shape and retaining their loving loyalty throughout that hits me dead center in the feels.

These men were going to use their art, their ability to tell hugely popular, but meaningful stories, to change the way Hollywood worked and by God they did. We've had numerous documentaries about Spielberg and Lucas, so it's finally about time Milius got his due.

Even in his group of outsiders Milius was an outsider himself. Well loved, of course, but he describes himself as a zen anarchist. He often gets saddled as a right-winger, but he's the first to correct you

There's also a bit of sadness at the end, but with a glimmer of a smile. I had heard he was sick, but didn't quite know the extent of his sickness until this doc. It's quite emotional seeing Spielberg discuss Milius' stroke and what it means for John, but the smile comes in seeing John working through things, step by step regaining his life. There's frustration, but also his big, distinct laugh as he makes progress.

Milius ended up being one of my favorite movies of the festival. He's a fascinating guy and directors Zak Knutson and Joey Figueroa got some amazing access, covered all the bases and delivered an incredibly moving, enlightening and flat-out funny examination of one of the biggest personalities that has ever contributed to popular culture.

My heart goes out to Milius and his family and I wish him well on his recovery. One day I'd love to share laughs and some stories with the man, perhaps over cigars and shotguns. That is, afterall, what is best in life. 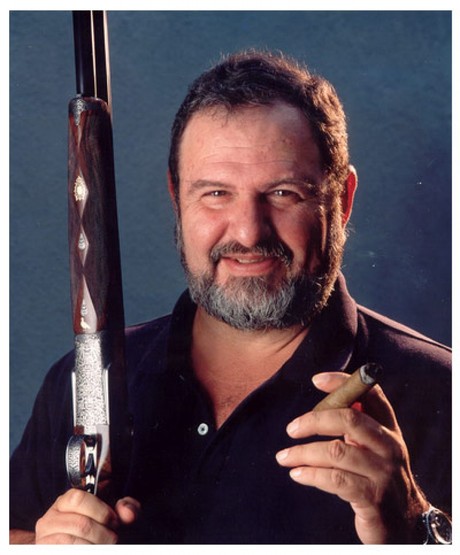