Exclusive: Ain't It Cool Premieres A New Clip From Rob Zombie's THE LORDS OF SALEM!! 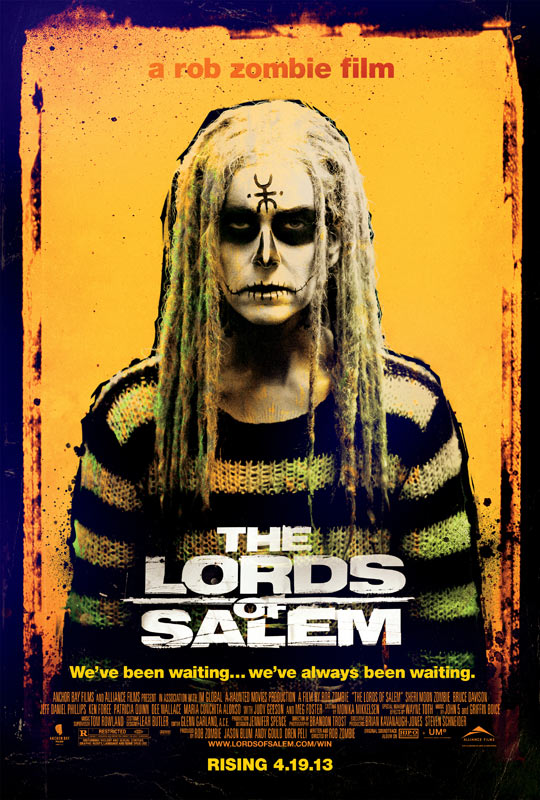 Rob Zombie's slate of horror has been a bit of a mixed bag for me. I dug parts of HOUSE OF 1000 CORPSES and really enjoyed THE DEVIL'S REJECTS, but Zombie's pair of HALLOWEEN has long left a sour taste in my mouth. Therefore, his latest film THE LORDS OF SALEM is a bit of a roll of the dice, but we'll get a decent idea pretty soon how it plays to fans as Anchor Bay brings it to SXSW next week as one of the festival's Midnighters. There seemed to be a pretty positive response from those who caught it up in Canada when it premiered at TIFF last September, so perhaps the love train for Zombie's newest will continue as it heads towards its wide release on April 19.

Anchor Bay has given us a exclusive clip for THE LORDS OF SALEM for you to check out, and, while you shouldn't expect to see any of the scares just yet, it gives you a decent sense of the film's tone, and... well, a strong gut feeling that one probably shouldn't explore what's behind that door at the end of the hall.