About That Phase 3 PLANET HULK Movie Marvel Is Allegedly Developing... 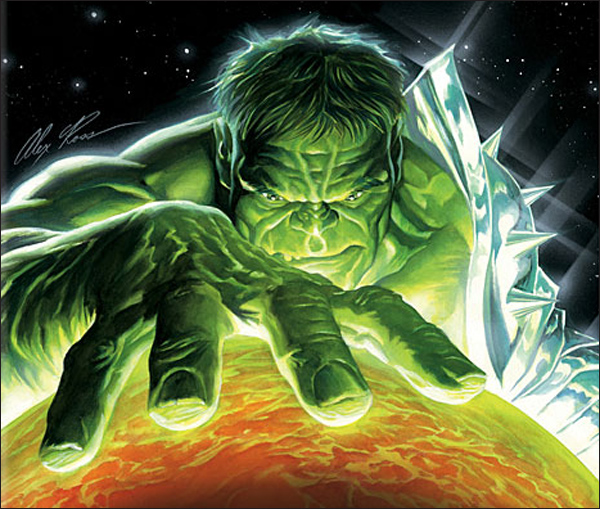 Our good friend El Mayimbe of Latino Review has been on a scooping tear lately. Given his nearly perfect track record (and the fact that I know and respect him personally), I trust his reporting implicitly, and link to his stories the minute they're posted. I'll continue to do this. I mean, on rare occasions, even the trades get stuff wrong. It happens.

And this time, it happened to our pal El Mayimbe.

A few days after Mayimbe broke his big Super Bowl story (which detailed Marvel's Phase 2 and 3 plans for the Hulk), I had a discussion with an extremely well-connected source who claimed the scoop was "1,000% inaccurate". Mayimbe's story claimed THE AVENGERS 2 would conclude with Earth's Mightiest Heroes exiling an erratic Hulk to the planet Sakaar, thereby setting up a standalone PLANET HULK movie (in which Hulk would go all John Carter on some aliens). This would lead to a vengeful Hulk returning to Earth in THE AVENGERS 3, where he would likely do battle with some version of The Illuminati (i.e. the members to which Marvel owns the rights). According to my source, this just isn't happening - not as long as Marvel's got Mark Ruffalo committed to a six-picture deal as Bruce Banner. And that's the primary issue with PLANET HULK: Banner isn't in it at all (unless you count the WHAT IF... story where Banner is immediately killed upon reaching Sakaar).

To make sure, I went to a another source for confirmation, and they backed up every detail. PLANET HULK isn't happening.

I couldn't get either source to spill on Marvel's specific plans for a standalone Hulk movie post-AVENGERS 2, but I'm told that Ruffalo-as-Banner will be an integral part of that film. After two false starts with Banner, Marvel is thrilled with Ruffalo. The last thing they want to do is reduce his role. Sure, they could have Ruffalo play Hulk in mocap, but the Banner element would be gone - and this evidently is important to Marvel.

Just don't expect Marvel to comment officially on any of this. Their m.o. right now is to ignore rumors. In the future, when they've got something to announce, they'll probably do it via press release. At least they'll try to. And the non-trades will keep trying to make their lives miserable.