The Vulcan Vault: The George Lucas-Produced TWICE UPON A TIME (1983)!!

John Ary here with another installment of The Vulcan Vault.

Today we're taking a look back at a rare animated movie from Lucasfilm that hasn't been broadcast on television since 1998 or ever released on DVD. The initial cut of the movie features a bunch of salty language from the improvisational actors who did the voiceover work, along with some beautiful stop-motion animation using cut-out pictures.

Special thanks to Max from Vulcan Video for introducing me to the first animated project George Lucas ever executive produced, Twice Upon a Time.

If you want to see this gem on DVD, Blu-ray or a streaming service, don't hold your breath. Warner Bros holds the rights to it and hasn't announced any plans to release it. Such a shame. The only way to see it legally right now means dusting off your old VHS or Laserdisc player. If you want to know more about the film, check out this excellent interview with Art Director Harley Jessup as he describes the time-consuming animation style and how his team convinced George Lucas to let them make it.

If you want to see more episodes of The Vulcan Vault, be sure to subscribe to the AICN Youtube channel and check back in here every Tuesday. 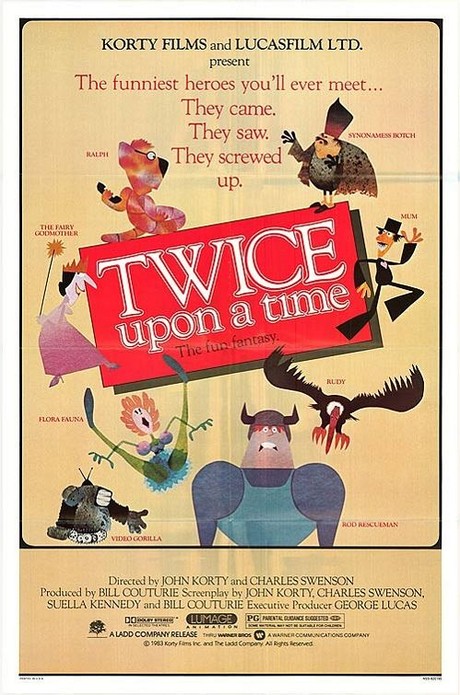