A Movie A Day: BLACK NARCISSUS (1947)
Please come and help the fat lady who has questions!

Ahoy, squirts! Quint here with the next installment of A Movie A Day.

[For those now joining us, A Movie A Day is my attempt at filling in gaps in my film knowledge. My DVD collection is thousands strong, many of them films I haven’t seen yet, but picked up as I scoured used DVD stores. Each day I’ll pull a previously unseen film from my collection, Instant Netflix or from my DVR (I heart TCM) and discuss it here. Each movie will have some sort of connection to the one before it, be it cast or crew member.]

Today our feature is Black Narcissus and our Buster Keaton short is The Scarecrow, which can be found on Kino’s awesome Blu-Ray Keaton Short Films Collection. 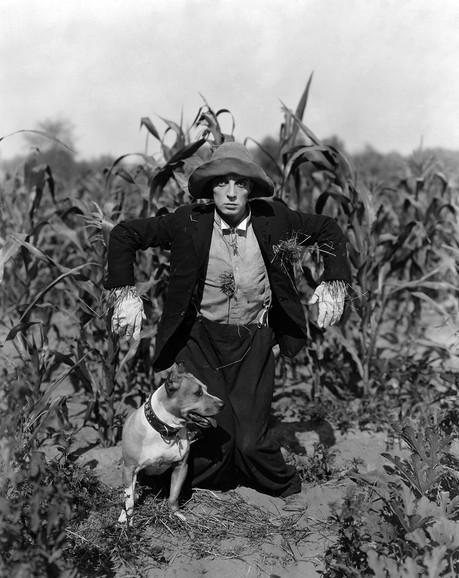 The short starts with an exterior shot of a small house and an announcement that all the rooms in this house are in one room. They weren’t kidding.

Keaton shares this one room house with Joe Roberts, who played the hulking convict in yesterday’s short, and one of the best parts of the short is seeing how they have it rigged up like some kind of early 20th Century transformer. The record player turns into a stove, a bench turns into a bathtub and all the condiments they’d need for a meal are hanging on an intricate string system.

An early centerpiece shows the two having a meal and nonchalantly passing salt, pepper and napkins through the air at each other. It’s an aerial ballet of perfect timing and ingenious setup.

Pound for pound, The Scarecrow has more big zany moments than the other shorts. The story follows these two men, farmhands who have a crush on the farmer’s daughter, as they try to much each other up in the eyes of this girl (or her shotgun-wielding father).

The title actually doesn’t come into play until near the end as Keaton has to hide from the pissed off farmer and uses his camouflage to his advantage in getting the farmer even more pissed at his competition. Before this moment we are treated to this amazing chase scene as a playful dog causes Keaton to run for his life. The dog just decimated a cream pie and Keaton mistakes the frothy cream pie mouth for rabies.

Yet another delight from Keaton. I can’t get enough of these things! Before tomorrow’s feature we’ll run 1921’s Neighbors, but now it’s time for… 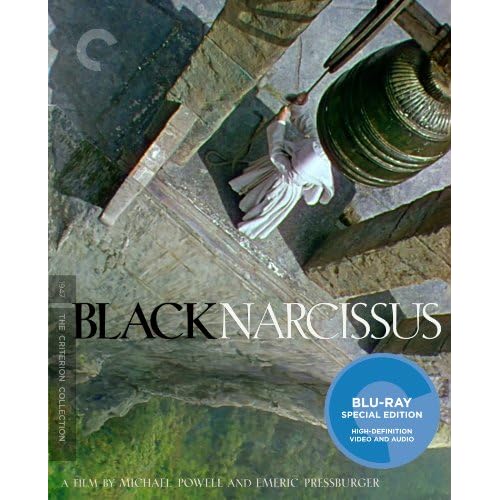 Next to The Red Shoes, Black Narcissus is Emerich Pressburger and Michael Powell’s most famous movie, especially within cinephile circles.

And its reputation isn’t for nothing. There are some matte painting shots in this movie that took my breath away, stunning works of art that actually made me sad for the death of that particular element of filmmaking. I’d love to see someone bring the lost art of matte painting back into the toolbox of movie making. There’s a quality to mattes that just can’t be matched by their digital equivalent.

That’s not to say that digital matte work isn’t impressive in its own right. Look at the LOTR films and Pan’s Labyrinth for a few examples of amazing digital matte work, but there’s just a sort of unreal reality and warmness that exists in a hand-painted matte that hasn’t been duplicated digitally yet.

Think of Black Narcissus as the anti-Sound of Music. Yes, there are nuns in the mountains, but there aren’t any musical numbers here and it’s considerably darker… of course, by comparison damn near anything is darker than The Sound of Music. Veggie Tales is darker, but when I say dark I mean dark. The end of Black Narcissus almost plays like a horror film, something I absolutely wasn’t anticipating.

Basically the beautiful mountain scenery of the Himalayas creates more of a distraction for the nuns trying to operate a school and hospital for the sick kids of the region than it acts as an inspiration. The sisters are almost seduced by its beauty while at the same time driven to their limits by the altitude and constant cold wind. 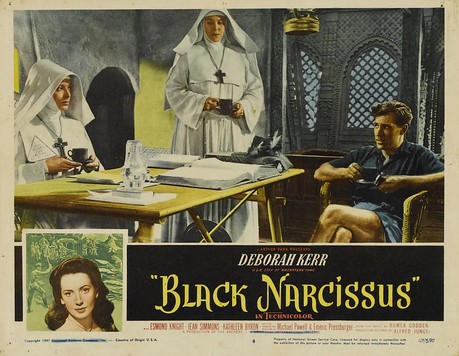 Instead of planting vegetables one nun plants only flowers, wanting only to make things even prettier, I guess. Fuck the food you can eat! They’re ugly!

There’s also the questionable influence of the dashing, dark-haired British agent of the General who has so graciously given the nuns this ex-harem to use as their base of operations.

Now I know the sight of a grown man in sandals and short shorts riding a mule, hairy legs awkwardly bent out, might not do much for you or I, but for the nuns Mr. Dean (David Farrar) becomes a near irresistible temptation of the flesh.

It is the lusting after this man that brings one of the sisters to the edges of sanity until she finally topples over. You don’t blame Sister Ruth, played by the late Kathleen Byron. You can’t. She’s treated like shit, her good deeds sneered upon by the cold Sister Clodagh (played perfectly balanced by Deborah Kerr). In fact, Kerr is a rather huge cunt in this movie. And I don’t use that word lightly, but that’s what I’m talking about when it comes to expectation. 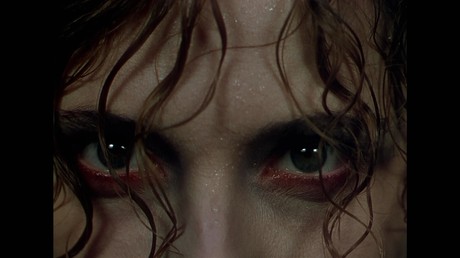 When the movie starts my expectation was that Kerr would be Julie Andrews of the bunch, a do-gooding innocent, but she’s a struggling human being that runs hot and cold. We get glimpses of her backstory as she kinda starts falling for Mr. Dean and it’s not the typical tragedy. She’s a nun because she was shunned by the guy who she thought was going to be her soul mate. That’s about it.

As much as is going on in this movie, I have to say it came across as a bit dull for me. I just didn’t engage with it as much as I did both THE RED SHOES (which could be argued is much more demanding of patience) and A MATTER OF LIFE AND DEATH, which has to be my favorite P&P film so far. Put the knives down, boys and girls. I still very much respect this film and am astonished at the technical mastery on display. I just happened to have the misfortune of following up the surprising, playful and touching A Matter of Life and Death with this much colder film. It just didn’t grab me the way the previous film did.

That is until the end. The last 25 minutes are anything but dull as one of the sisters goes insane and the flick very nearly becomes a stalk and slash movie. Brian Easdale’s score teamed with the cinematography and framing takes this movie to a very creepy level.

Final Thoughts: When you consider this film was shot almost entirely on a soundstage you’ll marvel at just how beautiful it looks. Jack Cardiff had one of the best eyes for Technicolor and teamed with W. Percy Day’s amazing mattes they created imagery that could honestly and literally, in my case, be described as breathtaking. However much of the movie ended up feeling a bit like homework to me, despite the gorgeous scenery, great performances and fantastic final act. 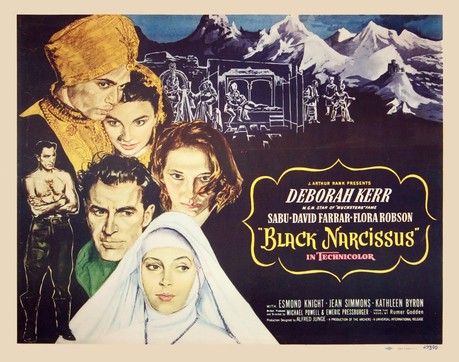 Upcoming A Movie A Day Titles: 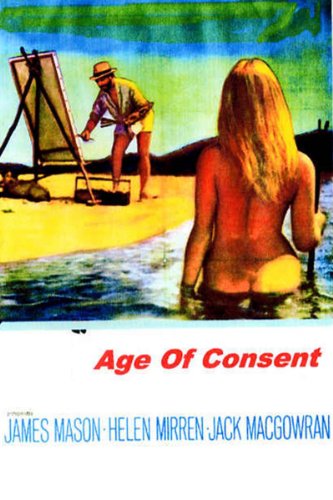 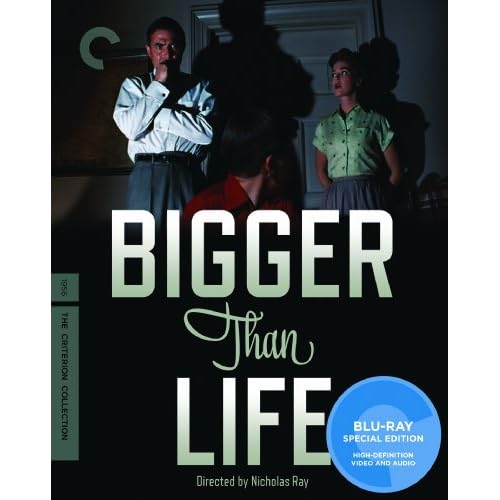 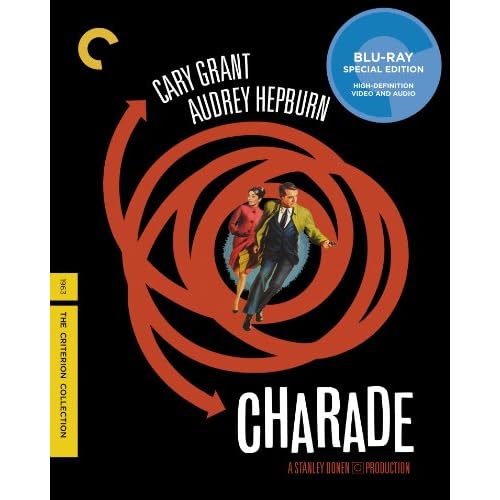 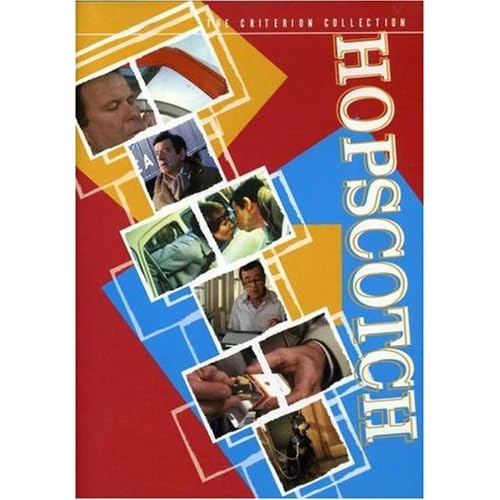 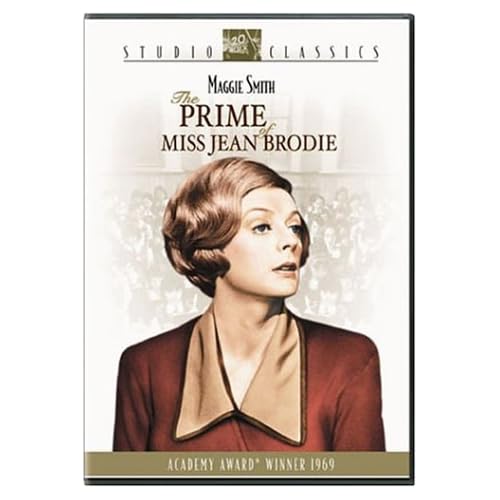 Tomorrow we follow the Powell half of the dynamic directing duo with his 1969 sultry flick AGE OF CONSENT starring a young (and naked) Helen Mirren and not so young (and hopefully not so naked) James Mason.

Click here for the full 215 movie run of A Movie A Day!