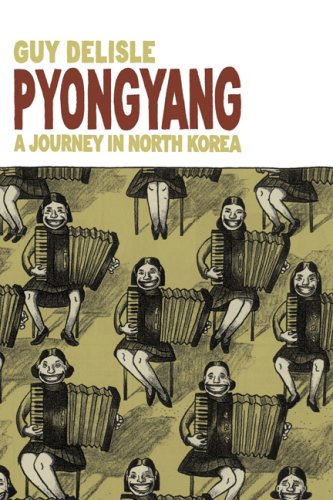 Deadline reports that Verbinski is likely to direct and Steve Conrad (The Weather Man, The Secret Life of Walter Mitty) is adapting the graphic novel.

In the early aughts Delisle spent 2 months in North Korea on a French work visa. He oversaw the animation of a children's show there and in that time he got the full blast of daily propaganda and decided to put all his experiences in the most isolated country in the world into one satirical graphic novel.

Reviews are all super high on this one and obviously there's something there that grabbed Verbinski's eye. A dark comedy set in North Korea during Kim Jong-Il's reign? I'm in.