Paul Giamatti In Talks To Join THE AMAZING SPIDER MAN PART II As... 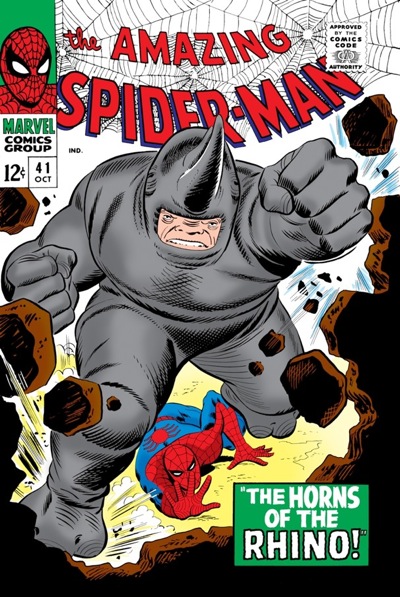 Beaks here with some breaking news from The Hollywood Reporter. Paul Giamatti (who can currently be seen in the terrific JOHN DIES AT THE END) is evidently in talks to play an unspecified version of The Rhino in the forthcoming THE AMAZING SPIDER-MAN 2. Will he be a more traditional Rhino or R.H.I.N.O. from the Ultimate Universe? Your speculation is as informed as mine at this point. All we know right now is that he's getting thrown into the supervillain stew with Jamie Foxx's Electro and Dane DeHaan's Harry Osborne. Getting kinda cluttered there, folks.

Giamatti has actually gone on record stating that The Rhino was one of his favorite characters when he was a kid. "The Rhino was fantastic," said Giamatti. "He was, like, a Russian guy. He was real fast and he hit stuff real hard." Sort of the antithesis of Harvey Pekar.

THR is also reporting that Felicity Jones is in talks to play... someone. Will she be a third love interest for that pimp Peter Parker, who's already juggling Emma Stone's Gwen Stacy and Shailene Woodley's Mary Jane Watson? No clue. My guess: she'll play Black Cat. Your guess?